When Luca was about 5 months old, we started him on his first foods.  It was important to me to feed him the best I could find, so I made almost all of his early baby food.  Rice & barley cereal from scratch in a baby food mill, pureed fruits and veggies, the whole business.  He has always been a pretty picky eater and I definitely got discouraged when he wouldn't eat a lot of the food that I had spent so much time preparing. I saw this face quite a lot. 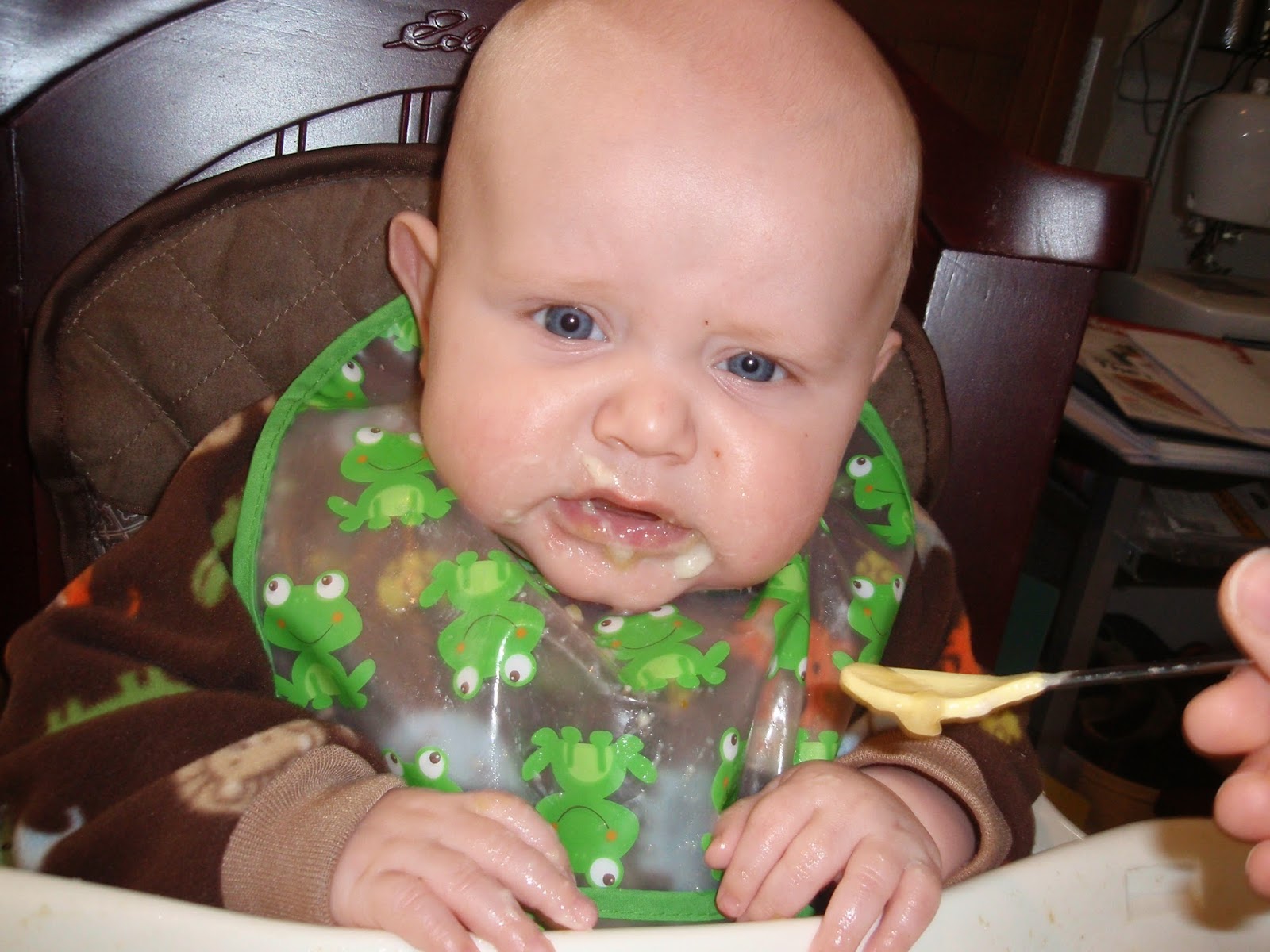 But once in a while I got this one too :) 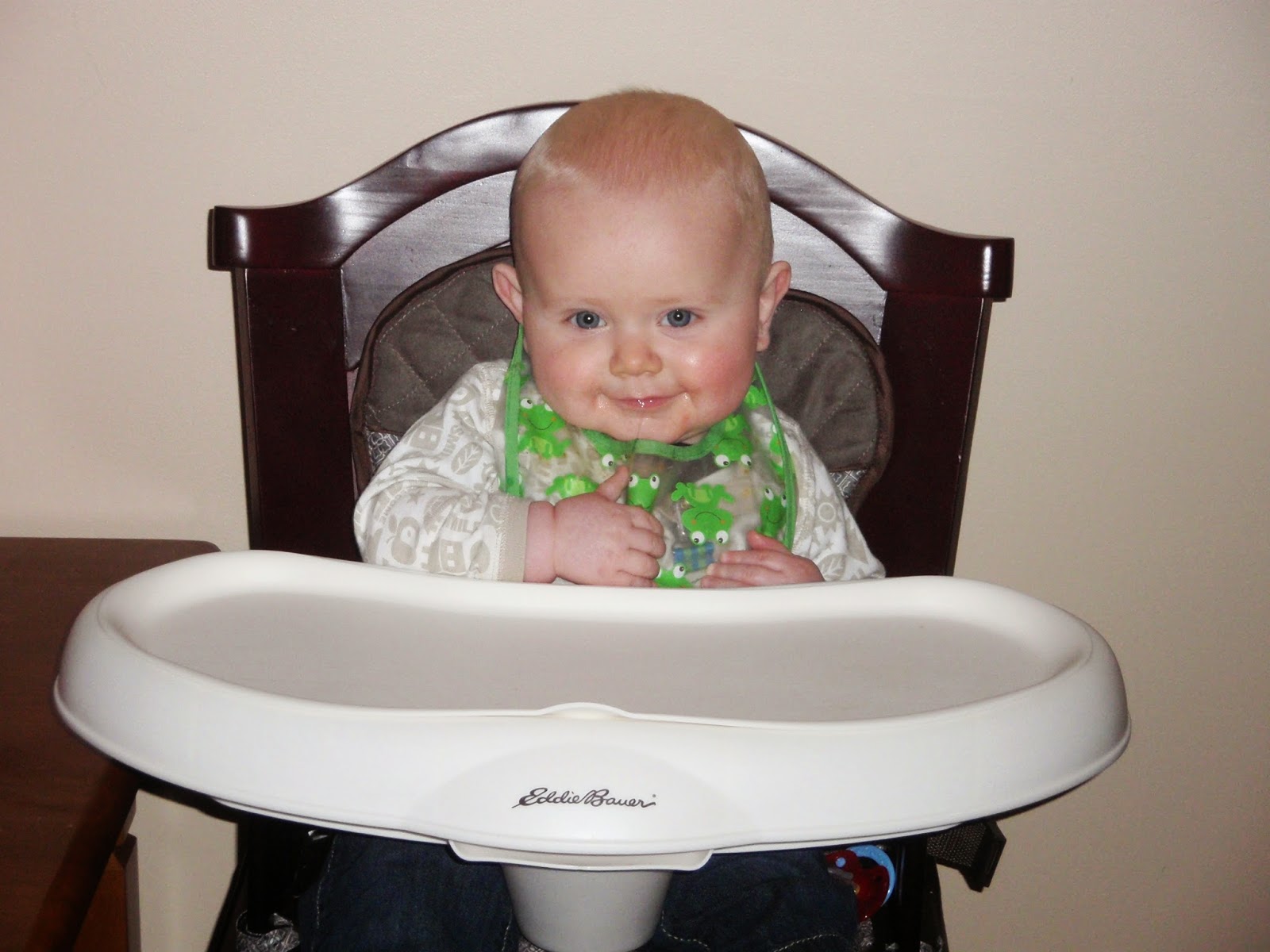 Since starting Isla on solids at about the same age, I haven't taken the time to make all of her baby food from scatch.  Poor second baby :(  And I think I was remembering how discouraged I used to feel when Luca rejected something I had slaved over.  But now, at the ripe old age of 9 months, she has made it clear that she is "too old" for spoon feeding.  She has a great pincer grasp and feeds herself puffs, small bites of banana and crackers very competently.  She (so far) doesn't seem like a picky eater (as long as you're not offering her baby food) and she loves gnawing on a carrot or big hunk of apple.  She seems ambivalent about avocado, but we'll keep trying...

I decided I'd go ahead and make her some simple foods ahead of time that I can pull out of the fridge for meals and snacks.  No preservatives, all natural.

The first one was a simple acorn squash.  I used a veggie peeler to peel off the skin, then I cut it in half and removed the seeds, then diced it up in small cubes.  I like getting it to the size I want before I cook it.  When the pieces were cut, I tossed them in a steamer basket and steamed until they were soft.  She loved them!  She ate a whole bunch.  Isn't she cute? 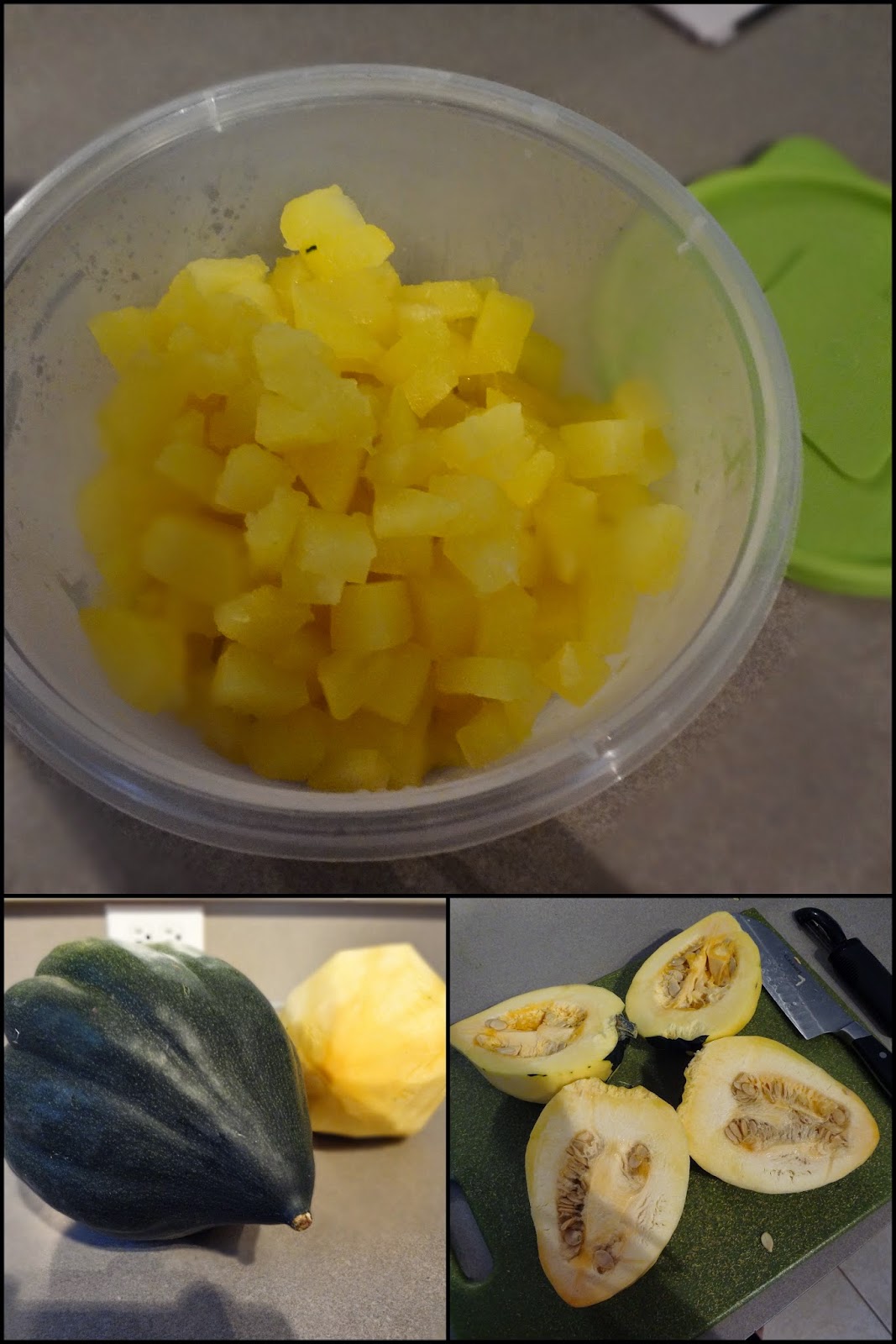 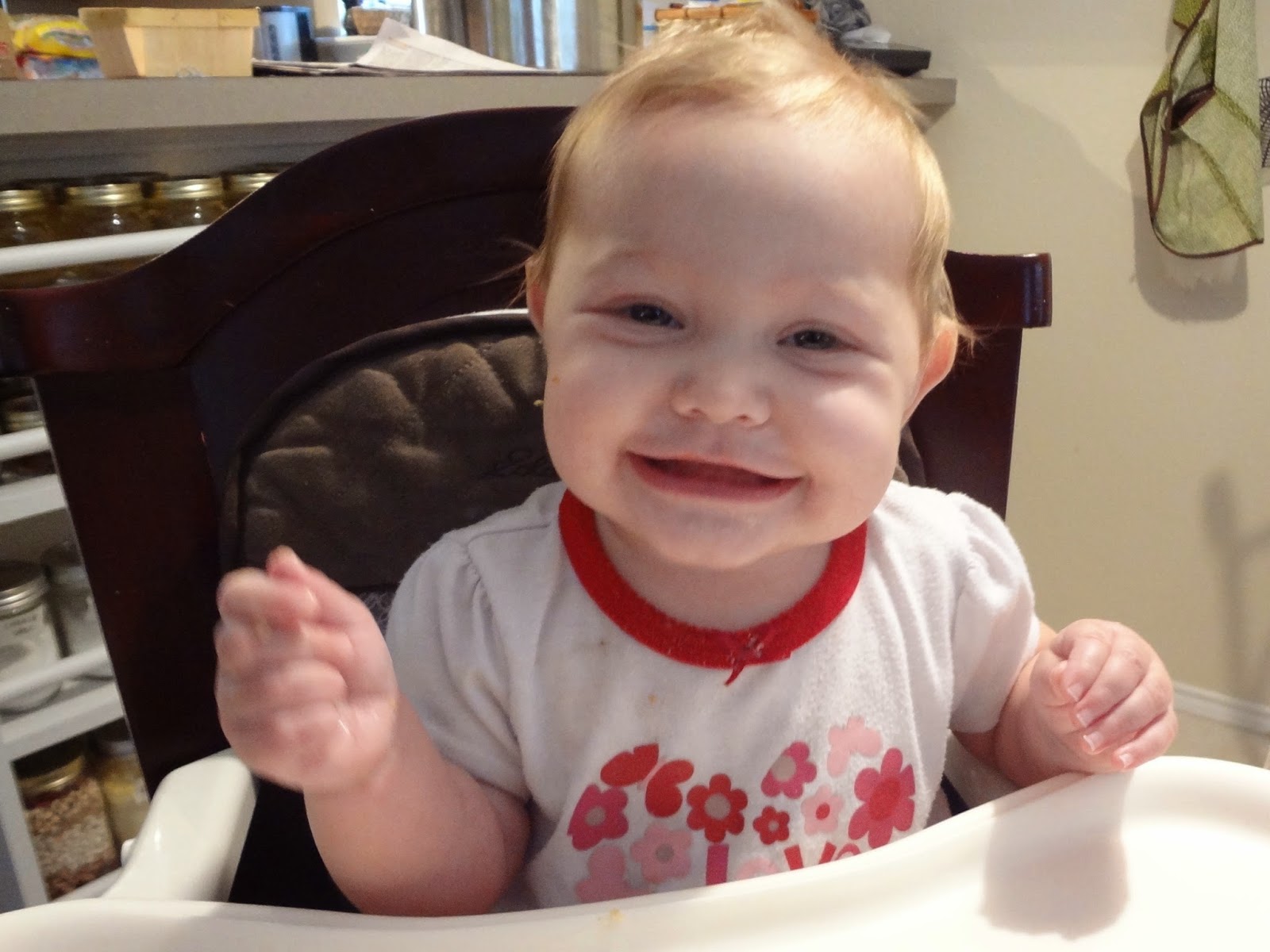 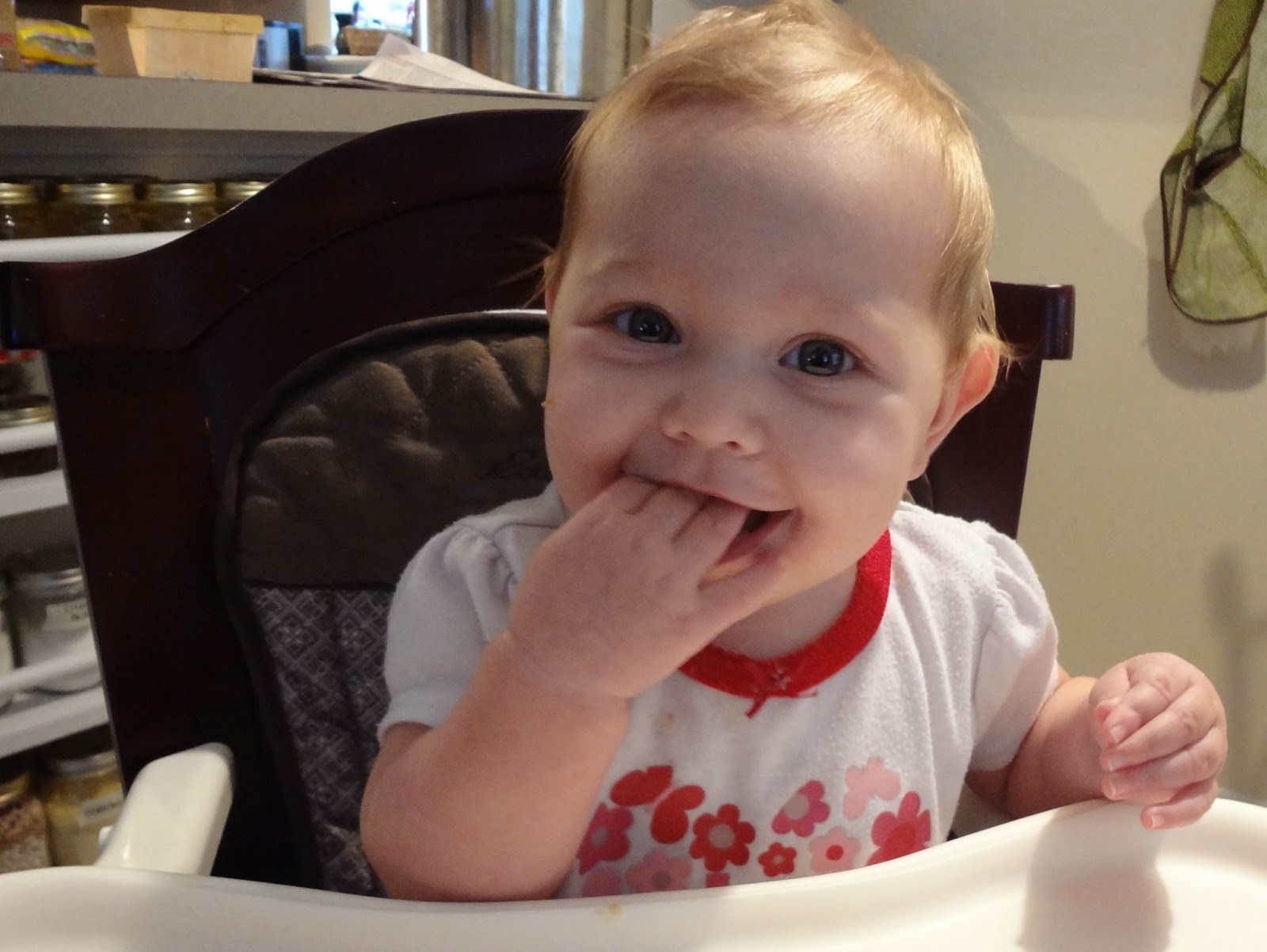 Next up will be some sweet potatoes.  I'm finding she doesn't care for the little pieces as much if they're cold, but microwaving them is problematic.  I'll have to work on that one, but for now I'll just keep offering :)
Labels: Reflections