Since I've been doing more canning this year I've been having a problem.  Where to store all of the jars?  Houses in Texas don't have basements (our soil with a high clay content is to blame for that) and we only have so many horizontal surfaces.  The garage is usually about a thousand degrees, so that's out.  And our house, while having a lots of square footage, is really short on closet space. (who really needs a coat closet, right?)

I have read that you're not supposed to stack jars on top of each other because it can compromise the seal.  And it has been recommended to store them without the rings, so it'll be easier to tell if they have become unsealed over time and should be discarded.

So with all of those things in mind, I came up with a project.  I guess I should say I came up with an idea and Michael was in charge of the project.  We have a two level counter that separates our kitchen from the eat-in/breakfast nook area (why?  I don't know.  I can't imagine using bar stools there.  It's just a bit awkward).  So my idea was to (have Michael) build shelves to fit that space.  I described what I had in mind and he sketched it up.  In a drafting program, no less!


Here he is, working in the sweltering garage.  Thank you honey! 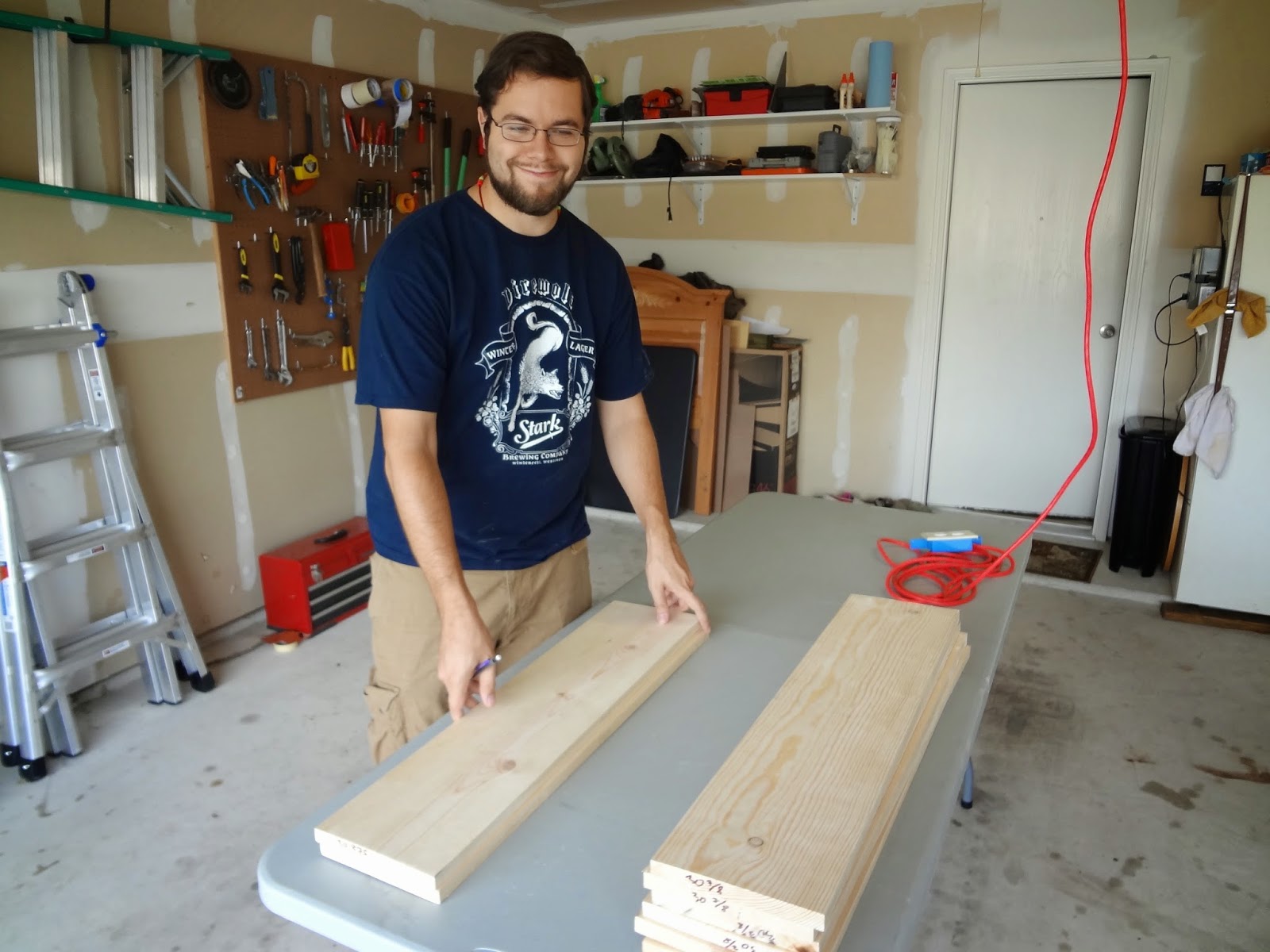 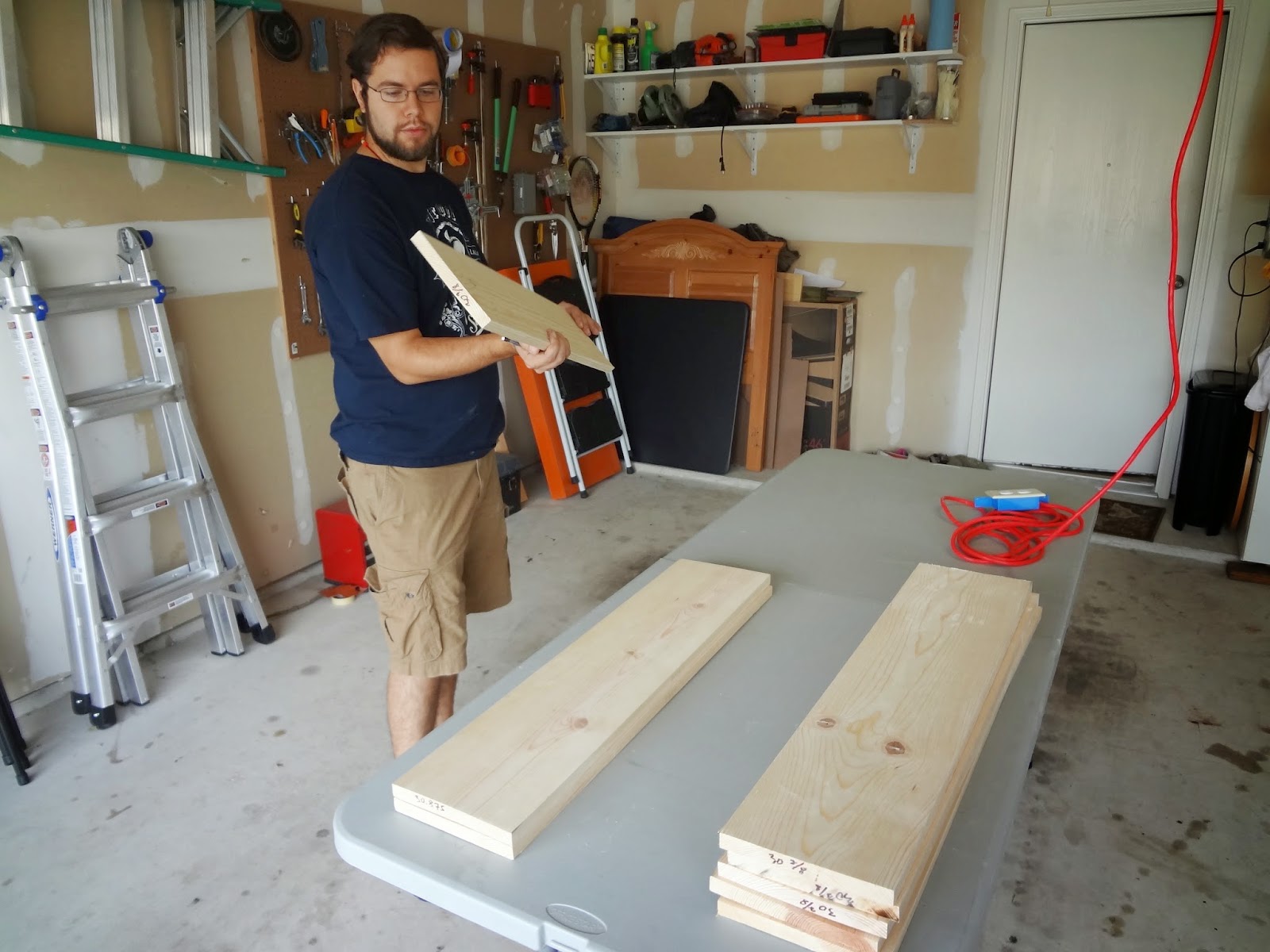 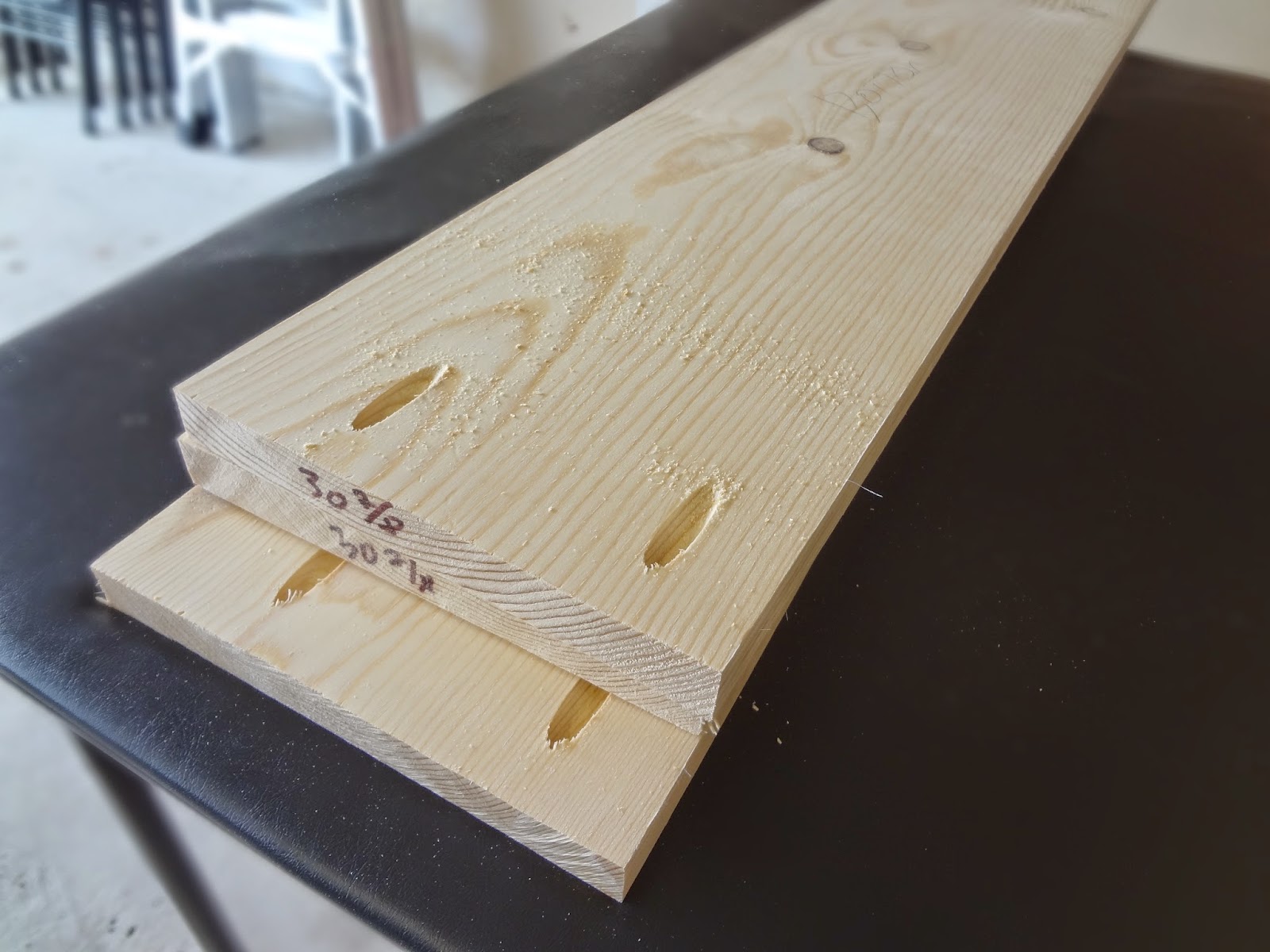 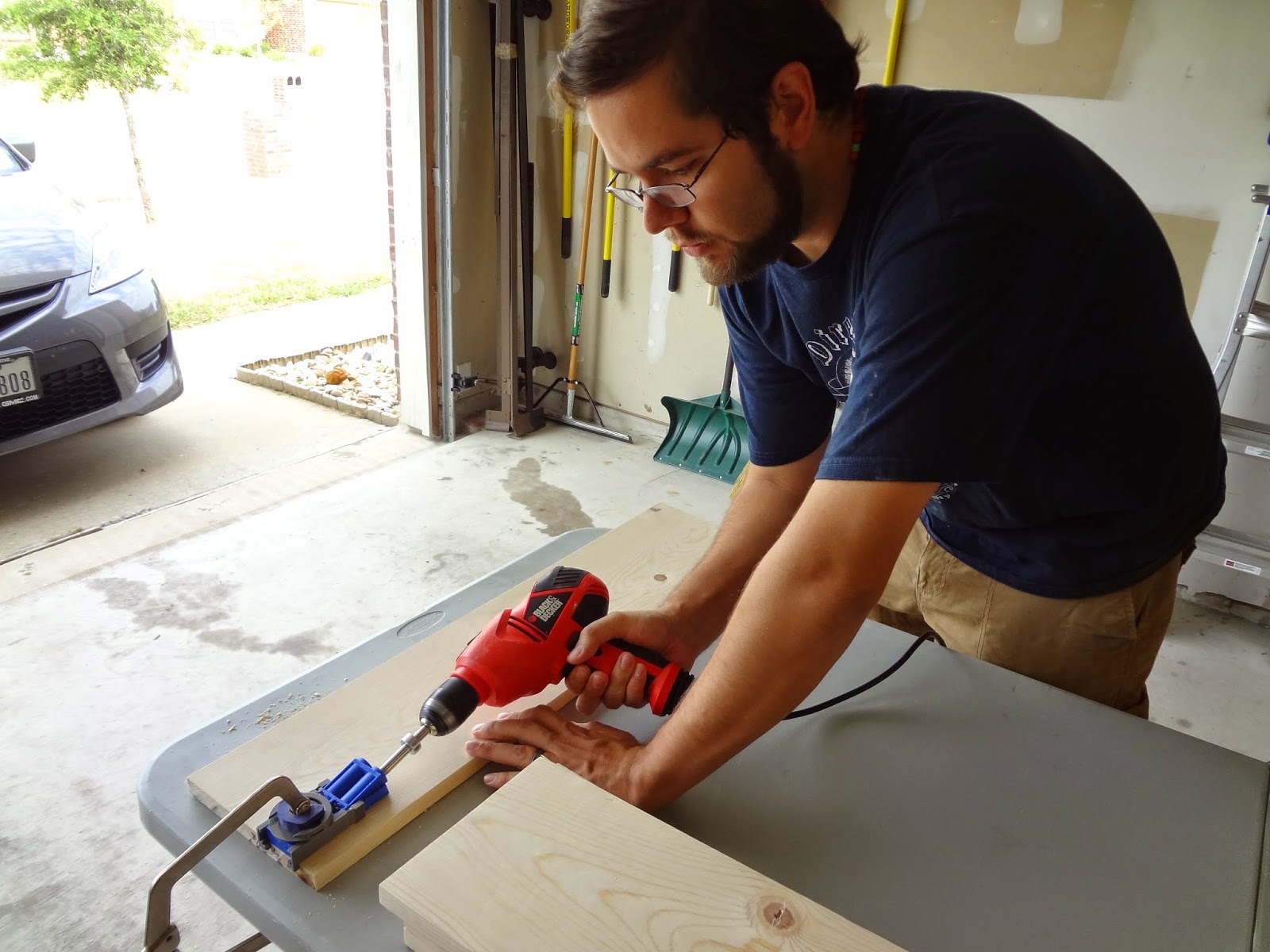 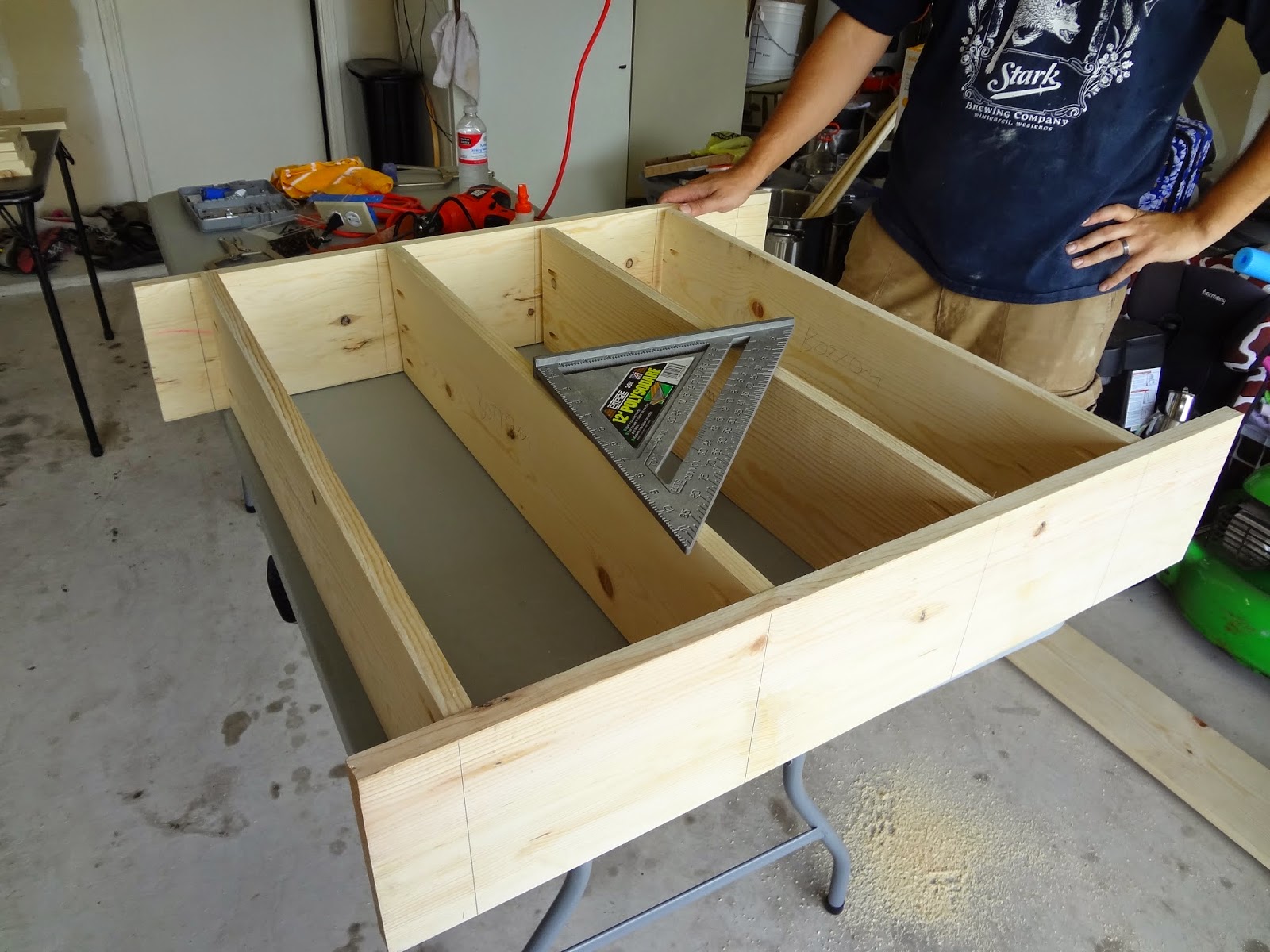 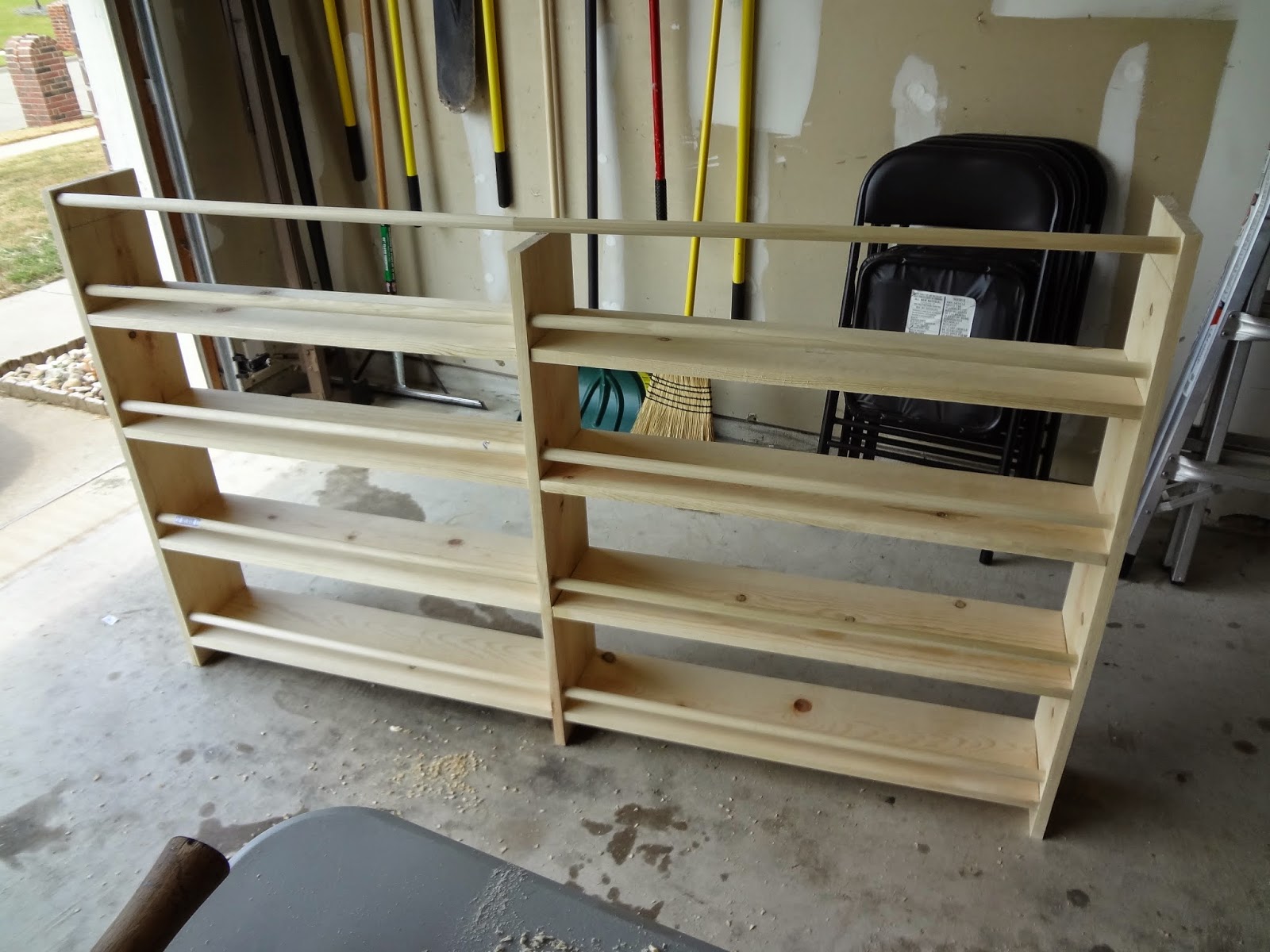 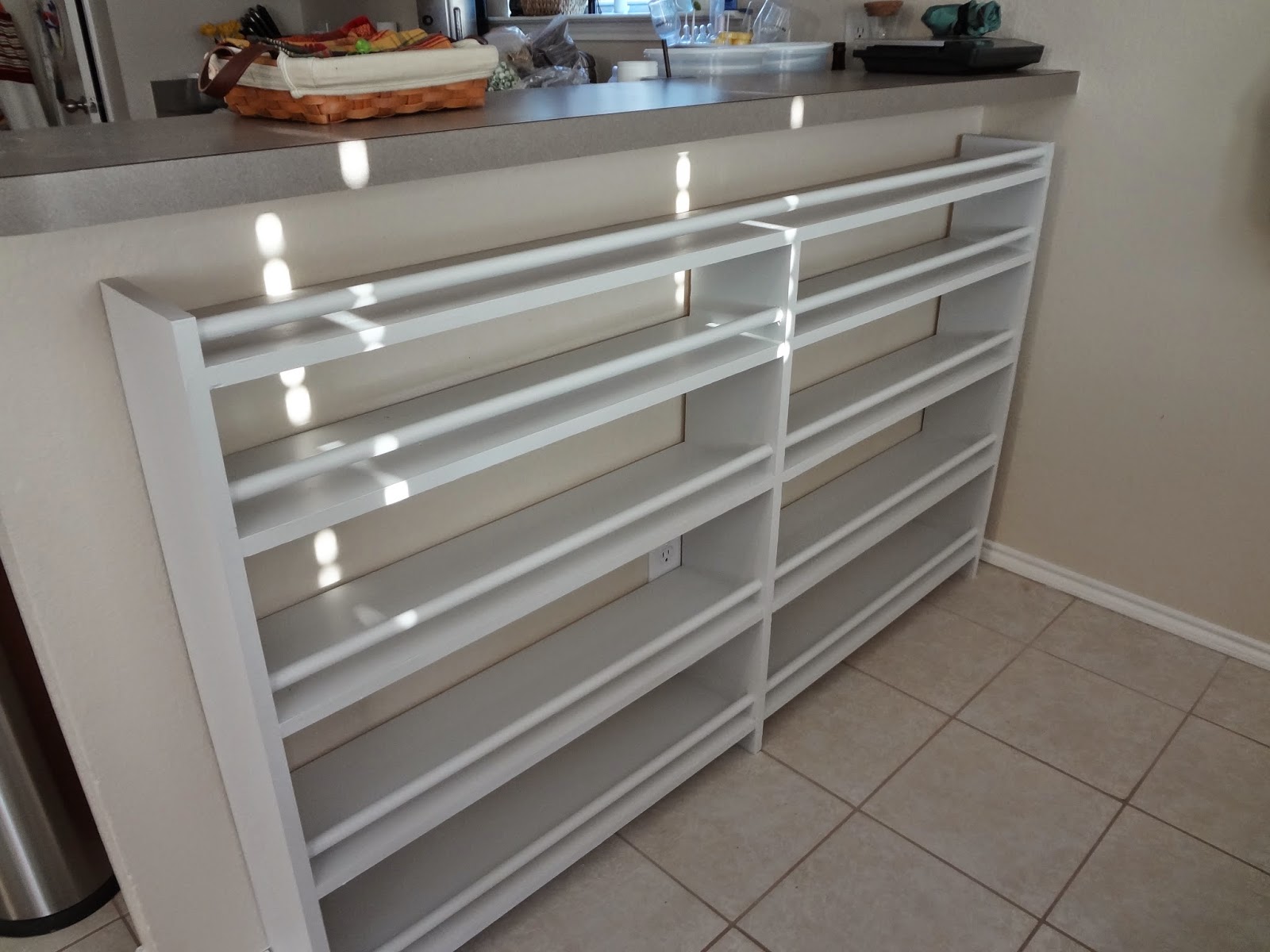 After a sweaty day in the garage, my shelves are done!  We gave them 2 coats of paint (mystery color from the mis-tints bin) and when I say 'we' I mean Michael again (he said I could paint them if I wanted, but they'd probably look better if he did.  Which he is right about...hehe)

And voilà!  Mostly filled up already :)  Don't you just love these chalkboard stickers for my dry goods?  I redid the whole pantry with them this weekend too! 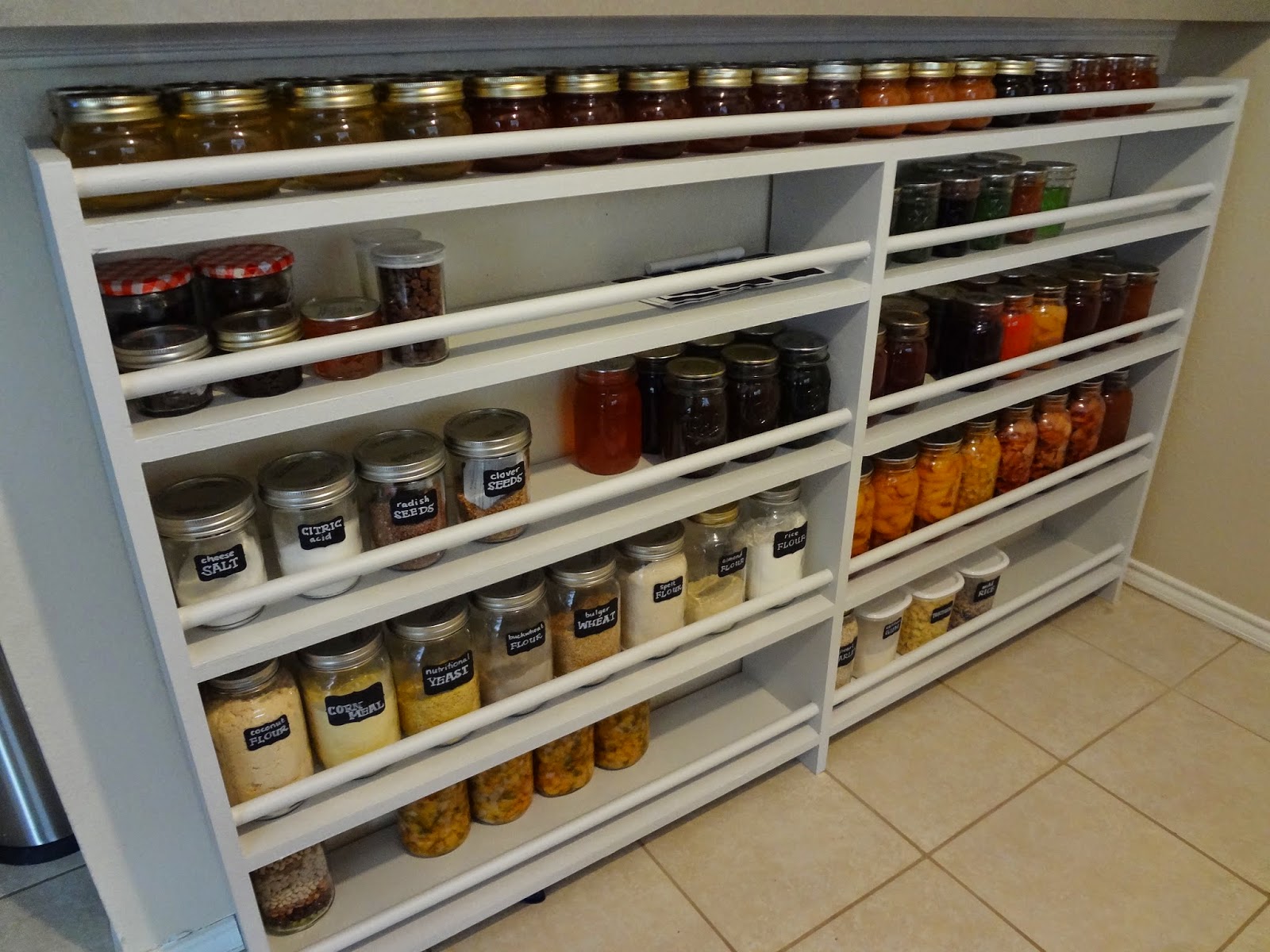 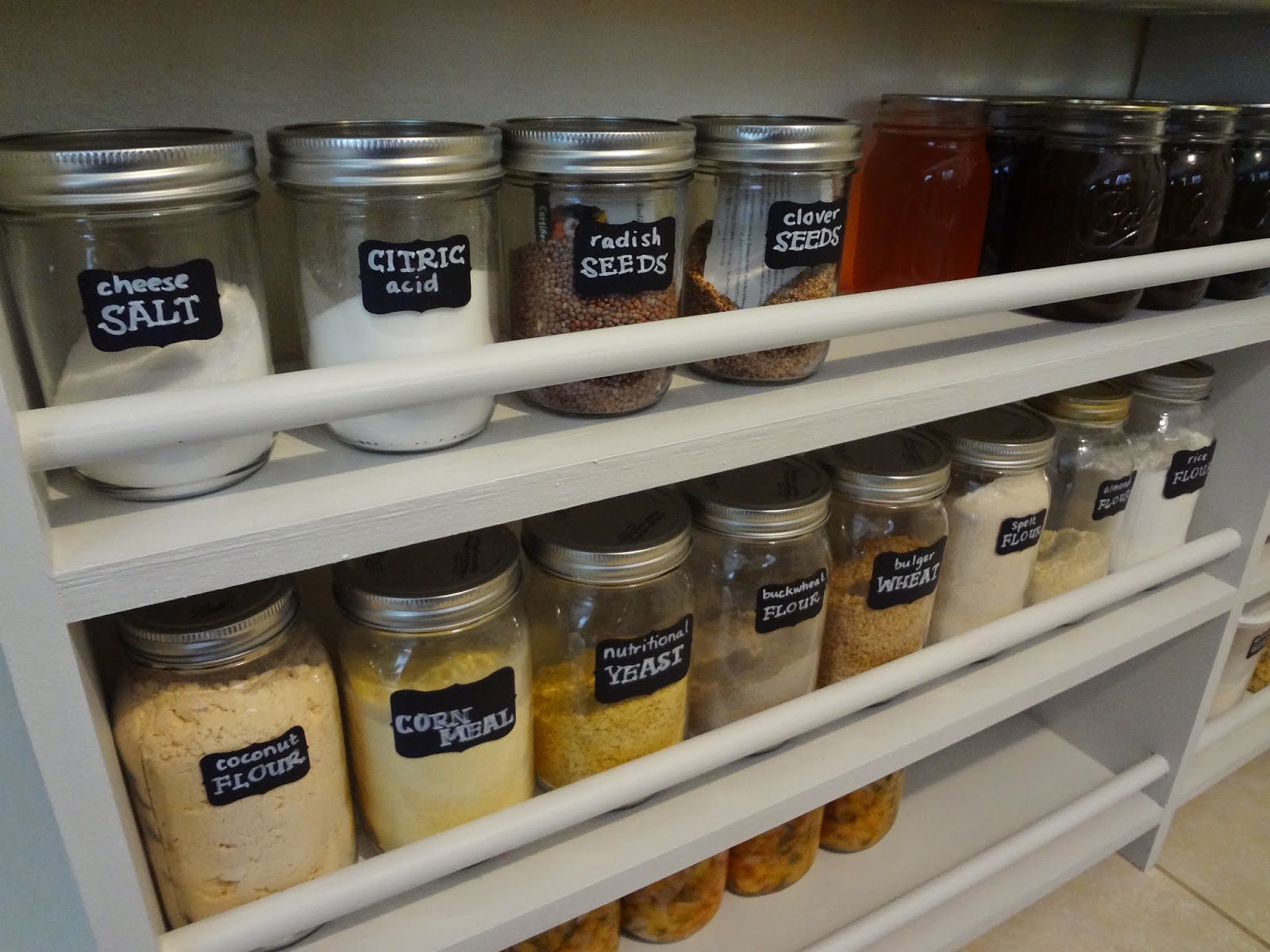 And as an added bonus--the Peach-Nectarine-Mango Salsa epic fail turned out to be edible after all.  With just a healthy drizzle of honey it was fantastic on our Tilapia Tacos last night.  Maybe things are looking up after all. 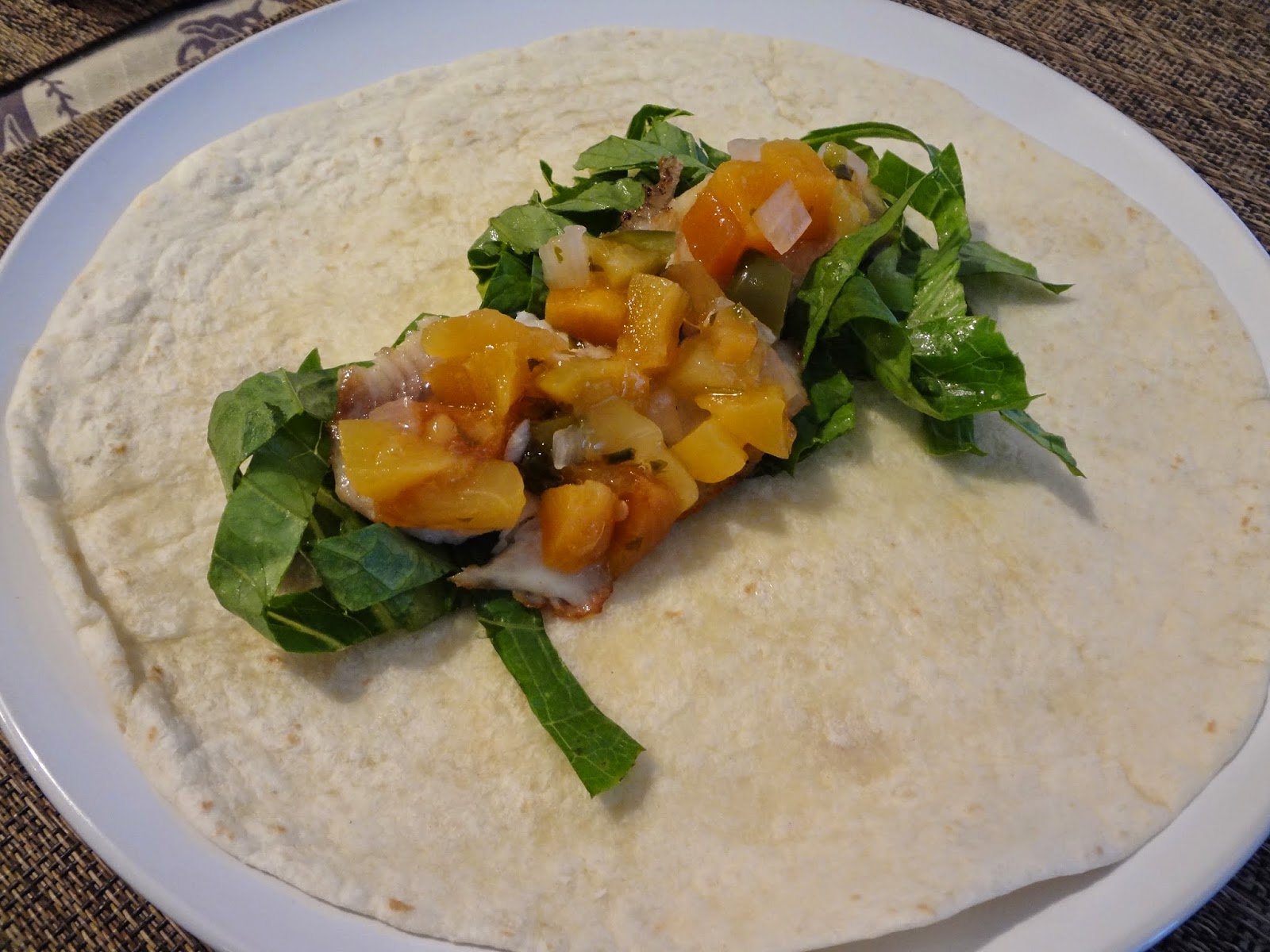