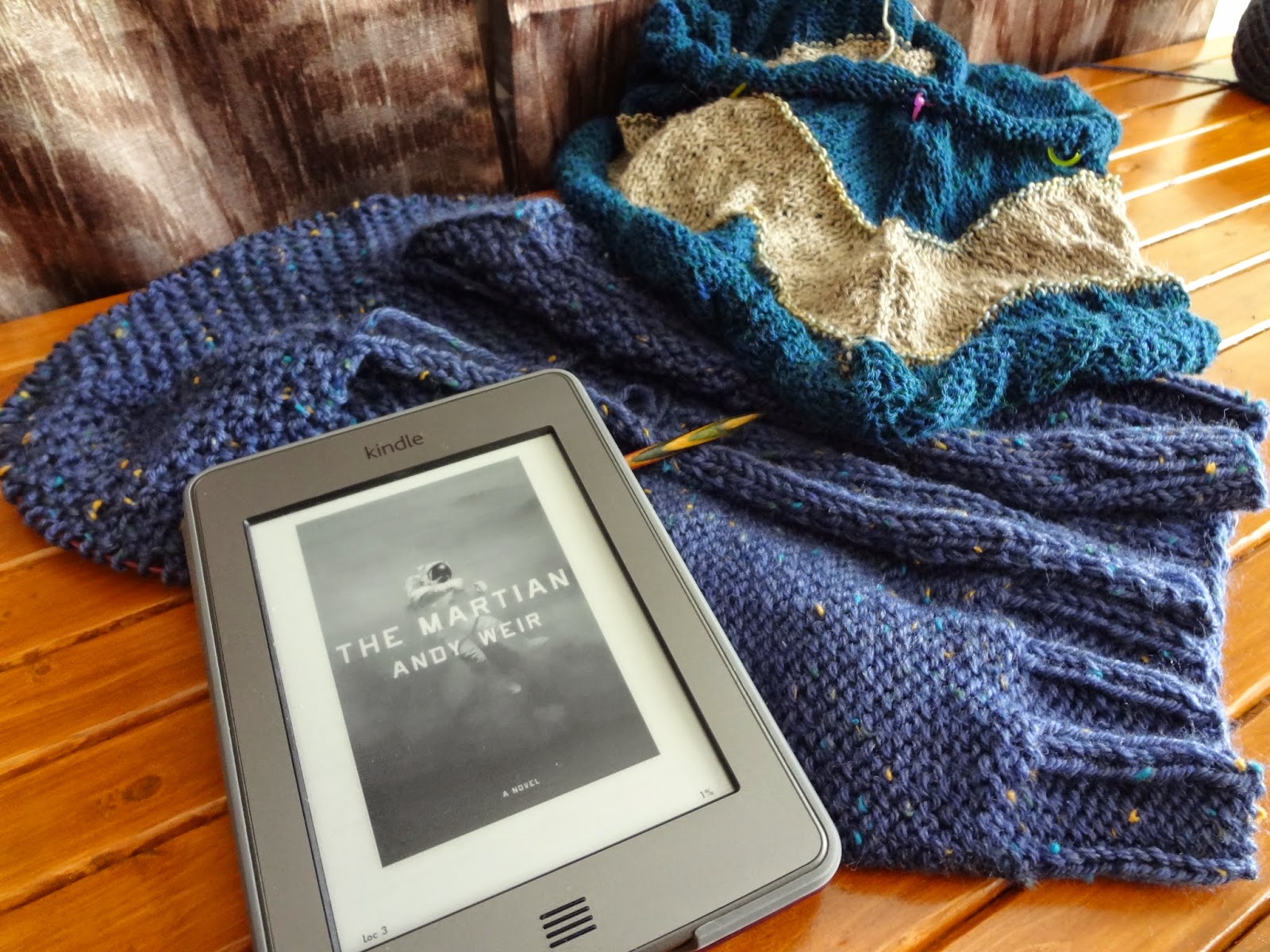 Today's yarn along is brought to you by multitasking.  Multitasking--it's how to do a lot of projects not very well.

But really, I have way too many projects going right now.  What is wrong with me?  Maybe next week I'll take time to enumerate them all, or scarier yet...photograph them all and share.  (Spoiler alert--it will be a gigantic pile of fabric and yarn on the guest bed...I may or may not be buried under it)

So today I'm sharing with you another peek of the design I'm working on--I've decided to call it Baby Bluejay.  This iteration of it is coming along much better and I'm getting most of the kinks worked out.  It's a bit tricky, so I plan to knit one of each size before I send it out to testers to avoid headaches all around.  If you're interested in test knitting a newborn-2T hooded cardigan vest-y thing (for boys or girls) join my Ravelry Group and let me know you're interested in the Baby Bluejay thread!

The other knit I've been working on this week is my first Litchfield Shawl by Laura Aylor (not that I have gorgeous MadTosh for another one or anything...that would be crazy!).  This one is in Berroco Ultra Alpaca Fine in Ocean Mix and Oatmeal with madtosh tosh merino light in Earl Gray for the accent stripes.  I think a fitting name is Breakfast at the Beach.  It's going along well, and I'm very impressed with the design.  It's knit from the bottom up, so the cast on edge is really long, but I'm getting to the easier middly part now.

And finally, Michael suggested the book The Martian by Andy Weir which I am enjoying a great deal.  It was a pretty good sign when he couldn't stop chuckling intermittently while reading it last week.  It's the account of an astronaut left behind on Mars after his mission was aborted and in the ensuing chaos of bugging out he was injured and believed to be dead.  That was a run-on sentence, but the book is quite entertaining.  If you enjoy sci-fi, or humor, you'll love it!

Be sure to check back next Wednesday for a promotion code for Sister Wren!  It releases next week!

Linking up with Ginny today.
Labels: Yarn Along