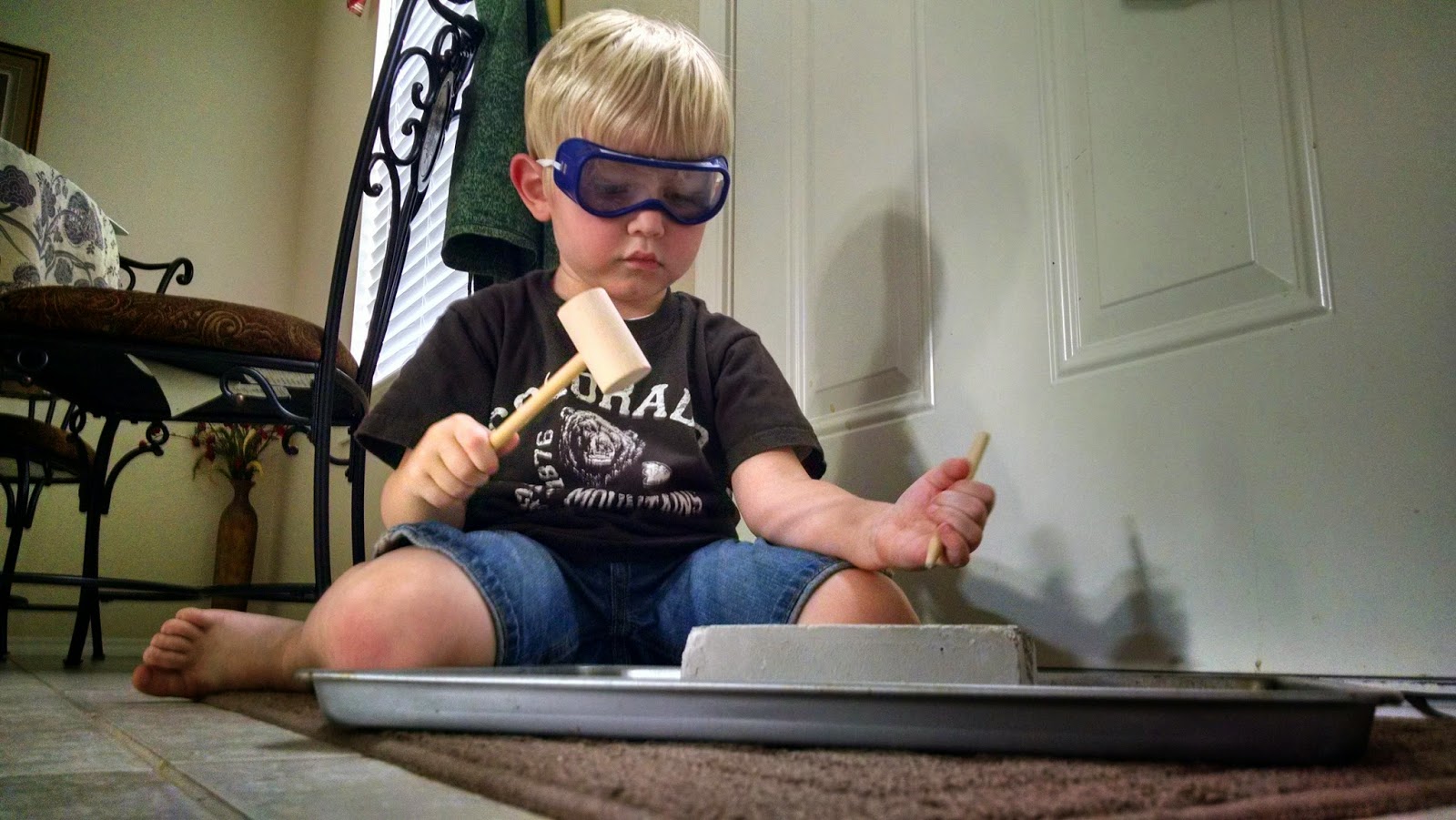 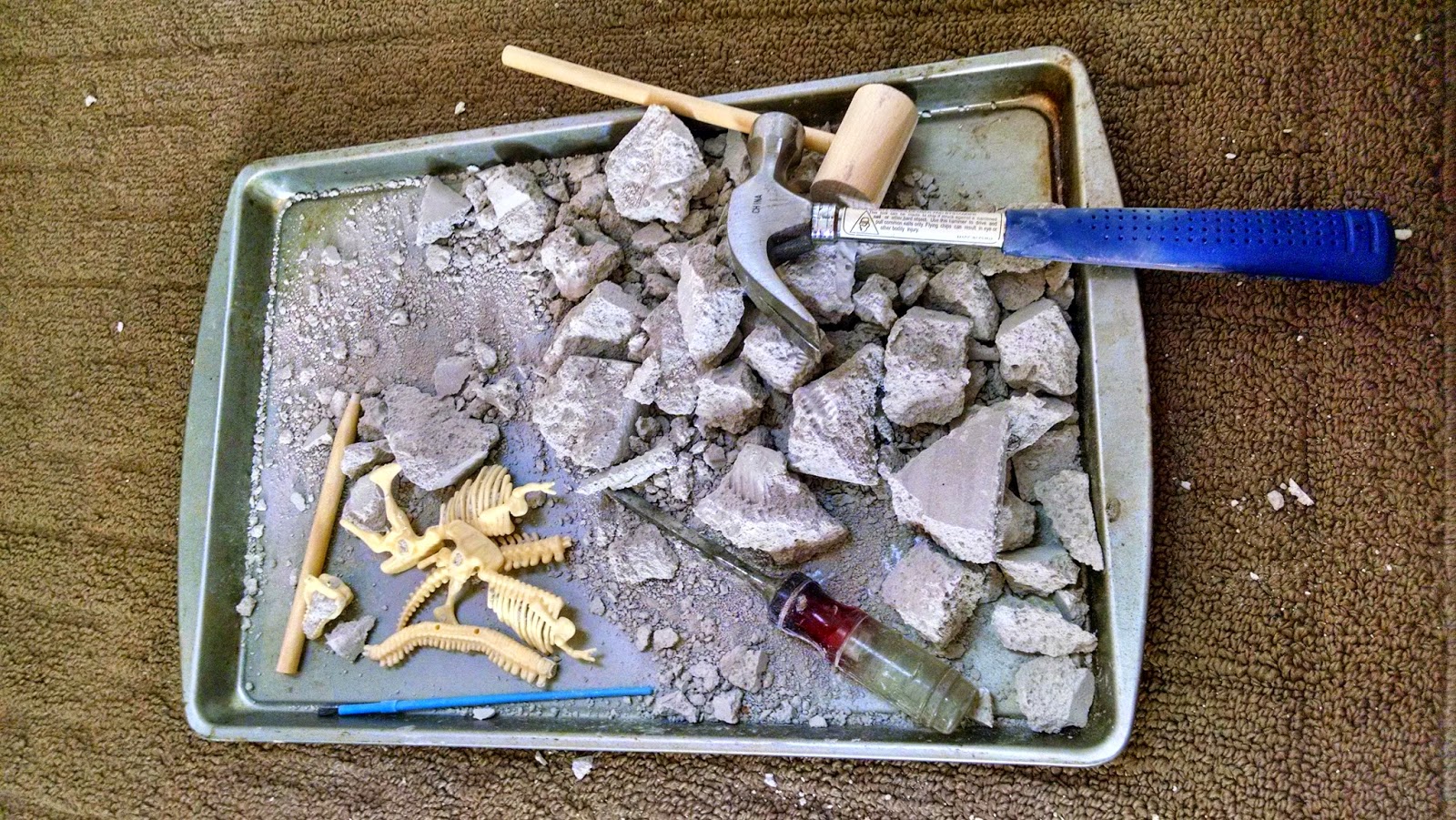 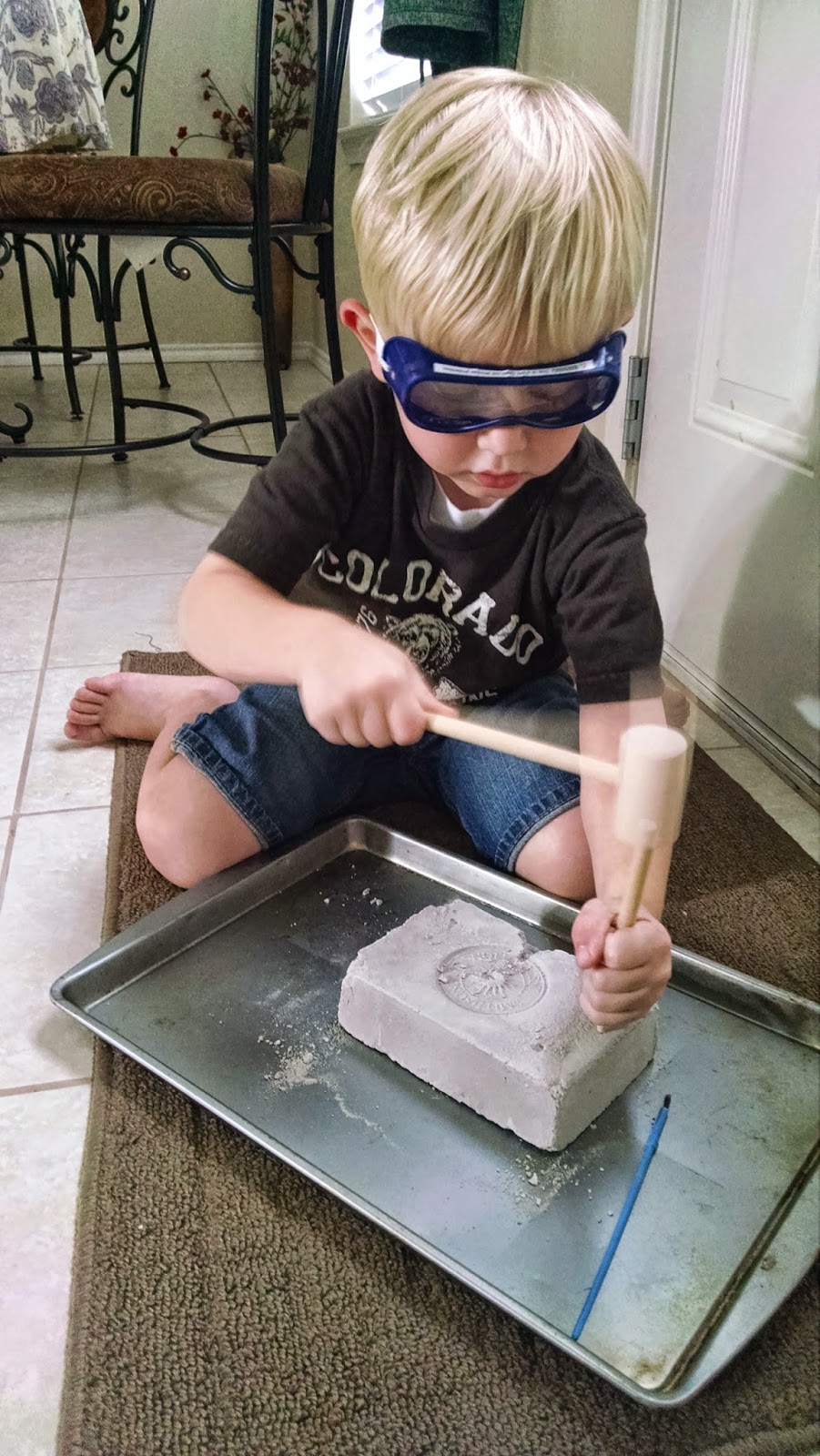 I found this dinosaur fossil kit for Luca and thought it might be something he would enjoy.  (Btw, usually when a toy says 'ages 8-15' I don't worry too much about that--he regularly does the 8-14 year old Lego sets by himself without issue, so it didn't even register that this might be beyond his abilities...let's just say I'm glad Michael was home to help)

Included in the kit were the tools--a mallet, chisel and paint brush, safety goggles, and of course, 'the specimen'.  I was expecting the fossil to be encased in something more like plaster, that would crumble fairly easily, but this was definitely more like concrete and was quite difficult to get into with the tools provided.  He and Michael ended up using a (small) real hammer and chisel instead, as everyone was getting frustrated.

Once we worked out the kinks with the excavation, Luca had an awesome time getting the first glimpse of a new bone, then speculating about what part it might be as it was unearthed.

I think this activity would be even more fun if you made one up yourself and included some small plastic dinosaurs or even gems in a much less sturdy medium, like plaster of paris.  It was only a little messy and it kept him busy for hours, so I would give this project a 3 out of 5 stars.  I am encouraged to make up my own 'dig site' for him in the future though because he really enjoyed the overall idea of this, just not the execution (at his age, at least).

Be sure to check back again next week--I'll be sharing a fun DIY project to do with the kiddos for the holidays :)