Are you traveling for the holidays?  We're just going across the metroplex to my parent's house this year for Thanksgiving dinner, but I wanted to give my picky eater a chance to try some traditional dishes ahead of time (so we could deal with all the whining ahead of time) in hopes that he would choose to eat nicely and without complaint on Thanksgiving Day.  (I'll have to let you know how that goes...)

So I planned a short version of the traditional Thanksgiving Feast for Saturday and wanted to share linkies for the fantastic recipes I used in case you're looking for something different.  I hope you enjoy and have a wonderful week with family and friends.

-Sweet Potato Casserole--marshmallows AND pecan streusel?  How can he say no to that?  I put it under the broiler for a few minutes to crisp up the marshmallows, which made it fantastically crunchy!  The streusel was sprinkled around the edge. 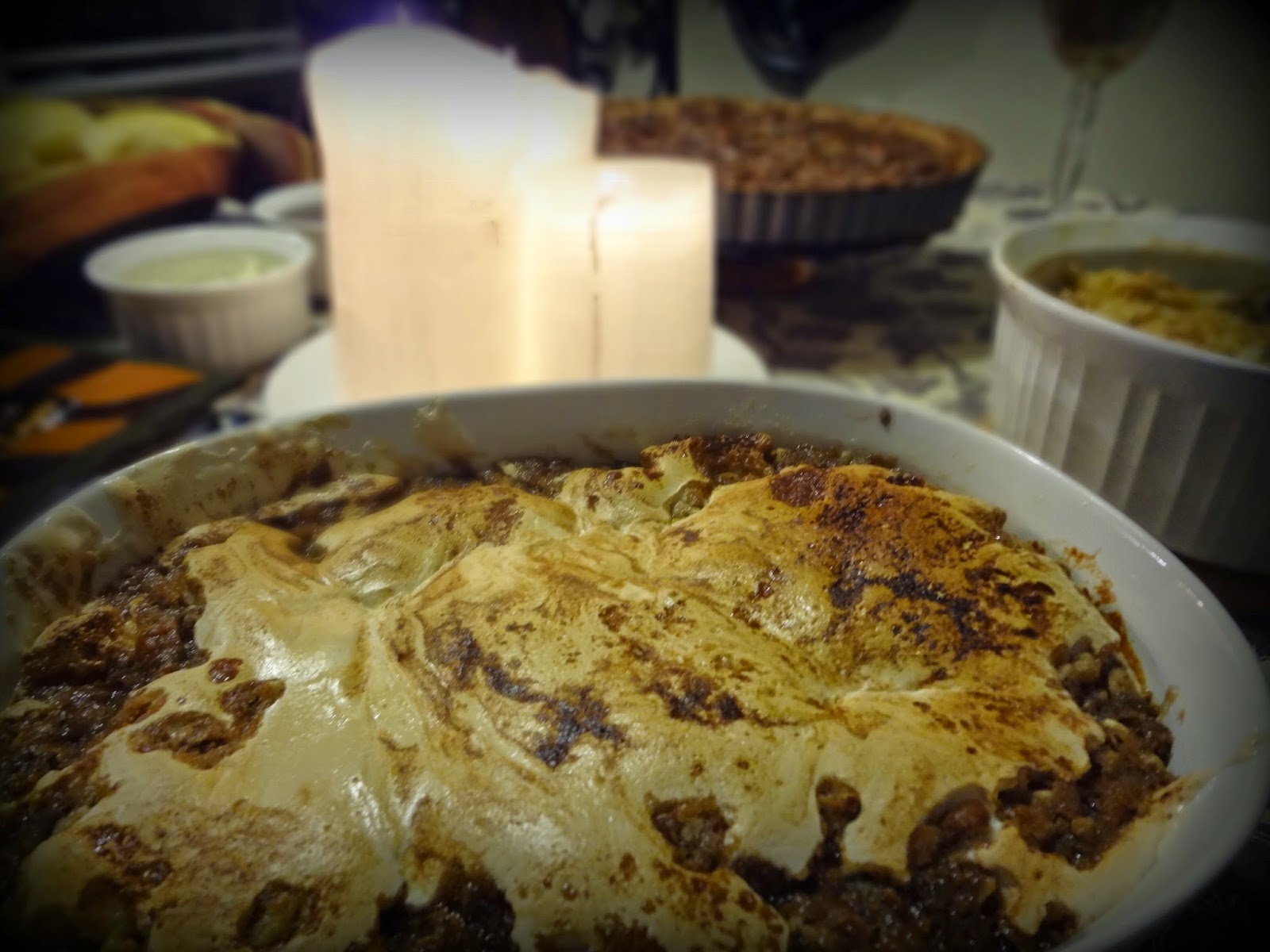 -Green Bean Casserole--I concocted my own recipe, because I wanted mushrooms in with the green beans and only had canned beans on hand to use (also Luca can't eat the soy sauce that many traditional recipe call for...not that he managed to actually eat any...). I also didn't need to make enough for an army, so this feeds 3-4 adults, but feel free to multiply!

Combine ingredients in a casserole dish.  Bake at 350 degrees F for 25 minutes.  Top with more fried onions and bake 5-10 minutes more until crispy.  This was fantastic!  Just the way I like it :) 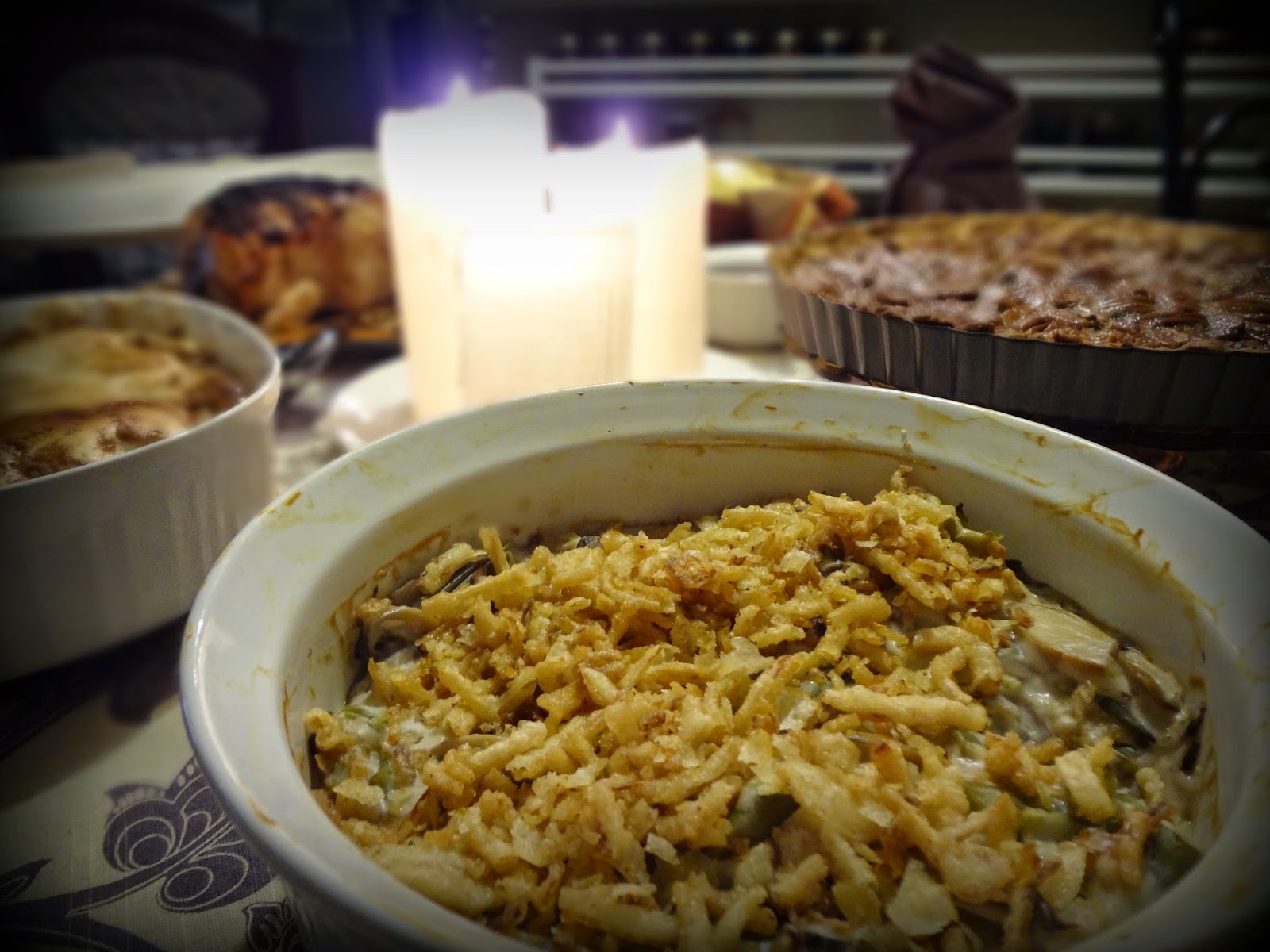 -Pecan Pie without Corn Syrup--I've offered to bring this for Thanksgiving, but I usually cook my best the 2nd time through a recipe so I needed to give it a trial run ;)  And who doesn't like eating pecan pie?  The crust on this is A. MAZING. So crumbly and savory with just the right hint of sweet.  I was able to get the coconut flour and almond flour in bulk at Winco, and the maple syrup came in bulk from Whole Foods. 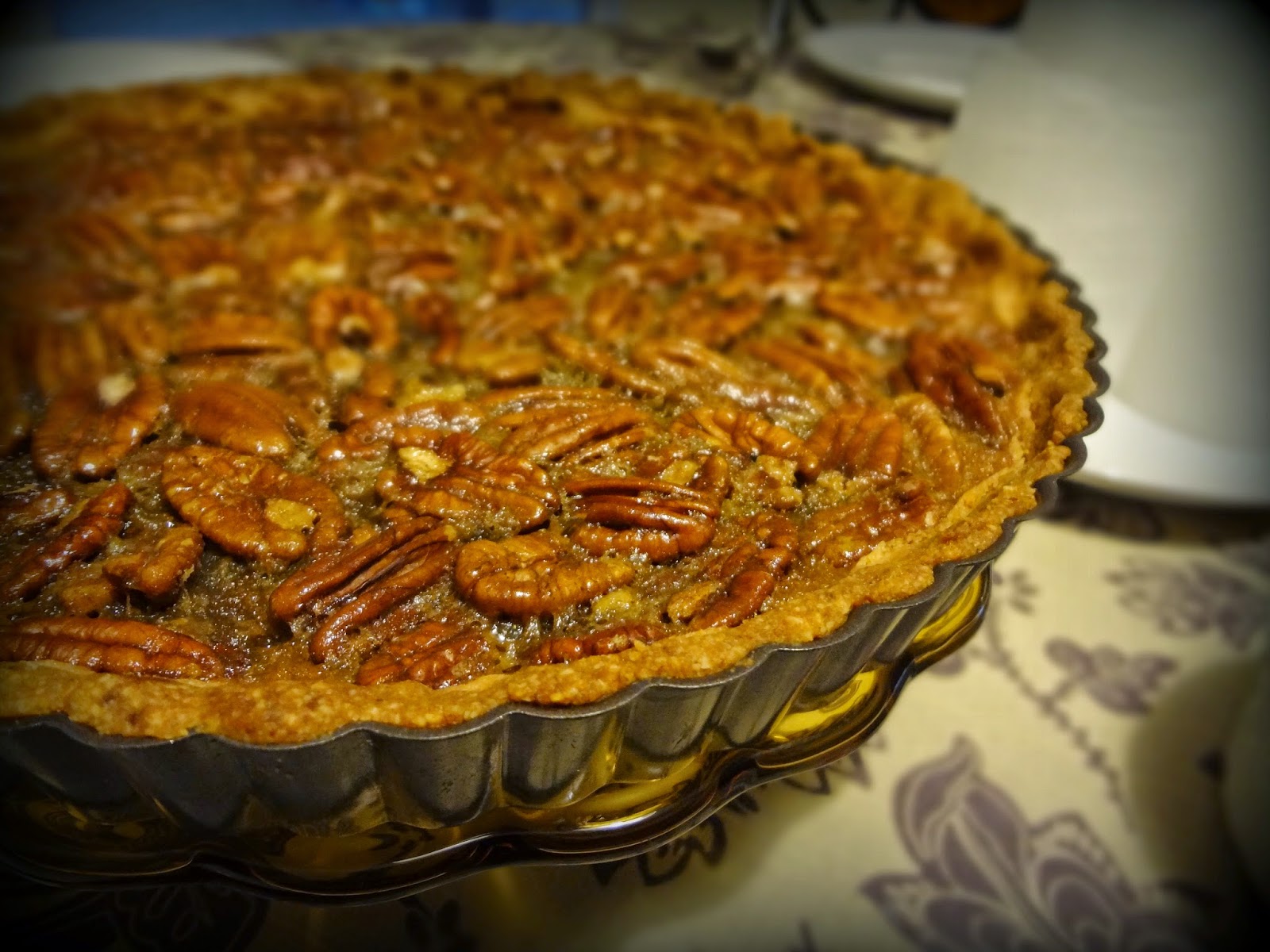 -Homemade Brioche Dinner Rolls served with homemade butter and Ginger Plum Preserves (that I canned late summer)--using the Brioche bread recipe in Artisan Bread in 5 Minutes a Day that I shaped into small rolls and placed in a greased 9x13 glass pan.  Homemade butter is completely superfluous on brioche...but the tart jam was just the right foil for the buttery rolls 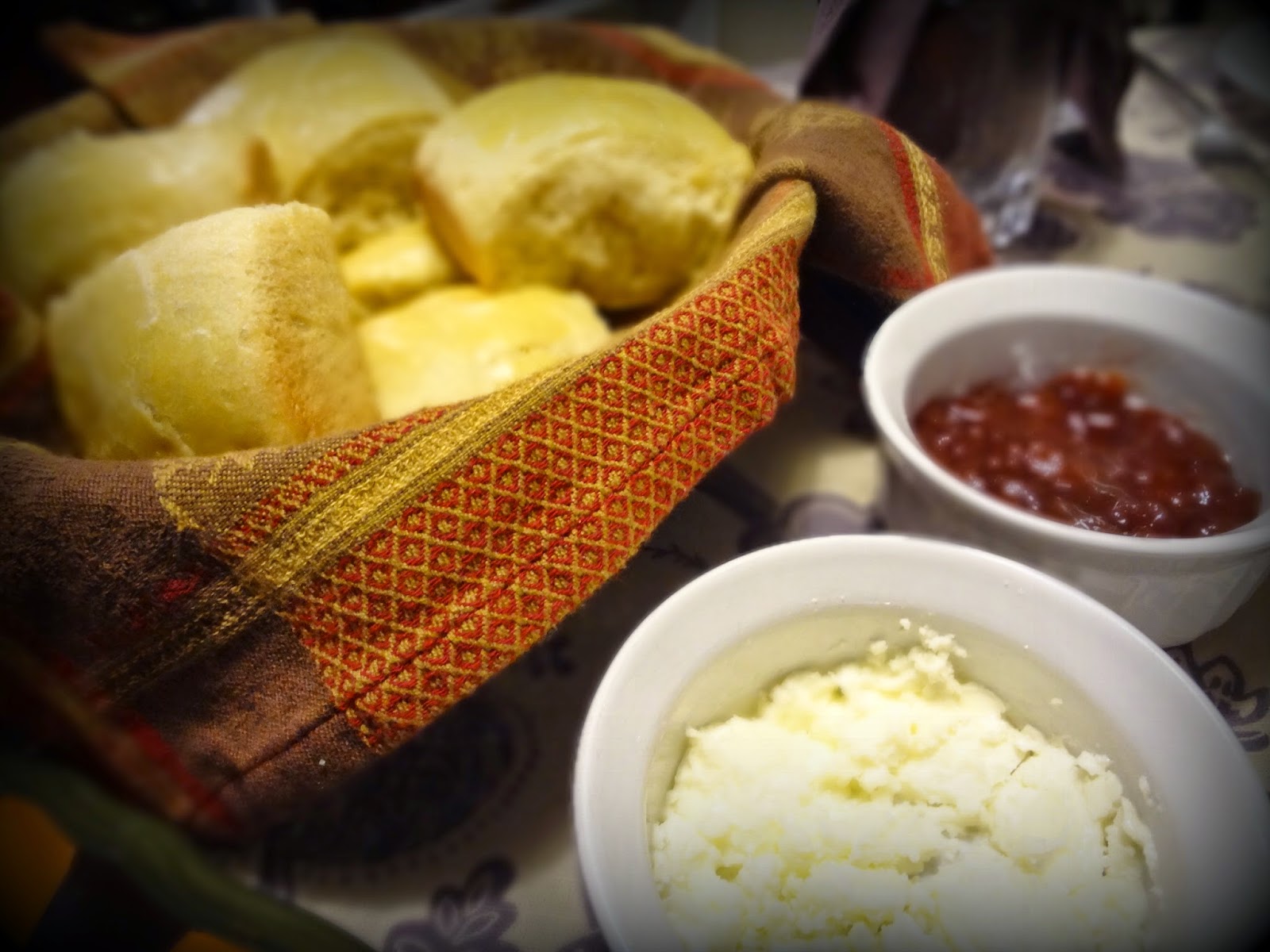 Luca did try some of the roll and a few bites of chicken.  He ate one small bite of sweet potato casserole but said he didn't like it and we had a complete meltdown over the green bean casserole...so the jury is still out on how Thanksgiving dinner is going to go.  Watch out Gita and Pacha...we tried ;)
Labels: Reflections