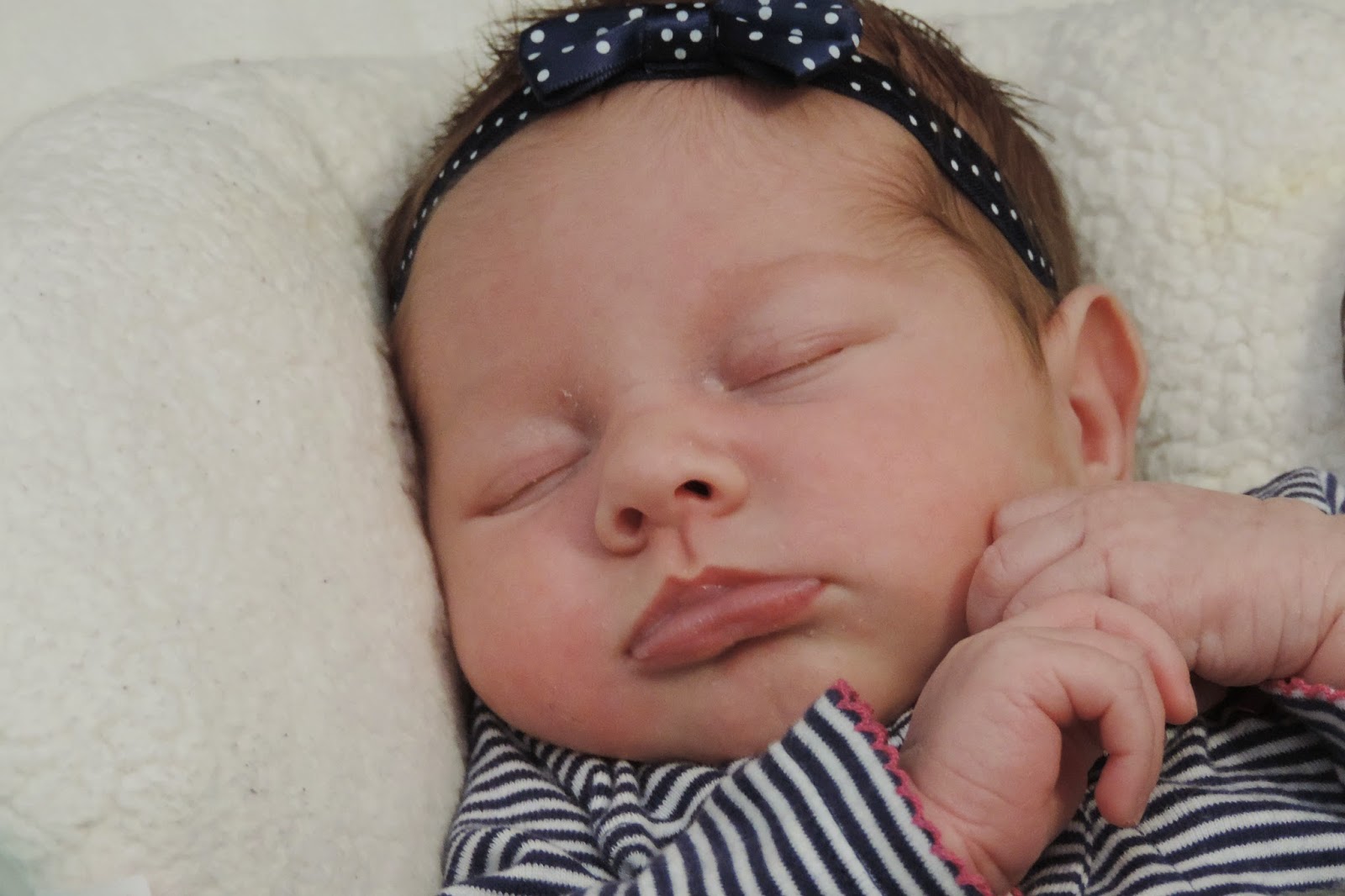 Isla was born at 11:34am, one year ago today.  I had been scheduled for an induction at 38 weeks and upon arriving at the hospital at 5am, learned that I was already in a pretty good labor pattern and having good contractions every 5 minutes (oh, those are contractions? I said to the nurse)

My plan had been to try for an unmedicated labor (other than the Pitocin) but I was feeling completely uninformed about this choice as labor progressed--which was entirely my own fault.  Our delivery nurse, Jeannine, was fantastic and offered lots of advice and suggestions.  I tried walking around (a luxury I had not had during my medicated labor with Luca) and bouncing on a birthing ball, but after being checked at about 4 1/2 hours in and only measuring 6cm dilated, I decided I didn't have to be a hero...no one would fault me for getting an epidural.  (I labored with Luca for just under 24 hours...all I could think was that I was not ready to continue on at my level of pain for 18+ more hours...)

So I asked Jeannine to call "the man" and get me the drugs.  25 minutes went by and he still hadn't shown up.  I was getting to the point where I was rather upset about that, but I felt like if I got up to use the restroom one more time, he'd probably come in right then and get the epidural started (the catheter part had been almost as bad as any of the rest of it for me the last time).  Well, Jeannine started getting a bit nervous with the next contraction and ordered me straight back to bed.  Why, I asked?  We're having a baby! she announced.

She called my doctor, who was doing paperwork in the next building over, and laid the hospital bed flat (in an effort to slow down my labor).  Stop pushing, she said.  I'm not pushing! I exclaimed.  The sensation was wholly different than last time when pushing was work and I struggled to get make just a small bit of progress with each contraction.  The human body is amazing, isn't it?  It just knew what to do, even though I was pretty sure I didn't.

After just a few minutes it was clear that the baby would arrive before the doctor, so Jeannine called for backup nurses as she kept imploring me to stop pushing (which I continued to assure her I wasn't doing).  Within 20 minutes of initially getting out of bed Isla was born, delivered by those sweet nurses.  Coincidentally, I had asked what happens if someone's doctor doesn't make it in time during the check in process at 5am, and those nurses had reassuringly replied that the OB nurses are skilled in straightforward deliveries.  Jeannine was even studying to be a midwife, so she was the perfect match for us!

Recovery with an unmedicated birth was wonderful by comparison.  I was able get up within 30 minutes of her birth and had showered within the first few hours.  Our hospital is considered "baby-centric", so Isla was placed on my chest immediately as they allowed the cord to stop pulsing before it was cut.  She wasn't whisked away for weight and measuring and APGAR scores...they assessed her right there on my chest and finding that she was perfectly healthy, allowed us to bond.  She never left my sight for our entire 23 hours hospital stay thereafter and it was an overall fantastic experience.  All of the check ups and newborn screenings were done in my recovery room and the staff was lovely.

Now, one year later, my baby is walking and dancing and babbling and smiling and clapping and blowing kisses!  She's climbing everything and keeping up with her brother.  She loves Super Why and playing in the Play Kitchen and her special blankie.  She's an adventurous eater but we're still working on sleeping all night.  She's gotten through a procedure to correct a tongue-tie, RSV, a cow's milk allergy, separation anxiety, and croup.  And she's our special Honey Girl.  Happy Birthday Isla!  We love you! 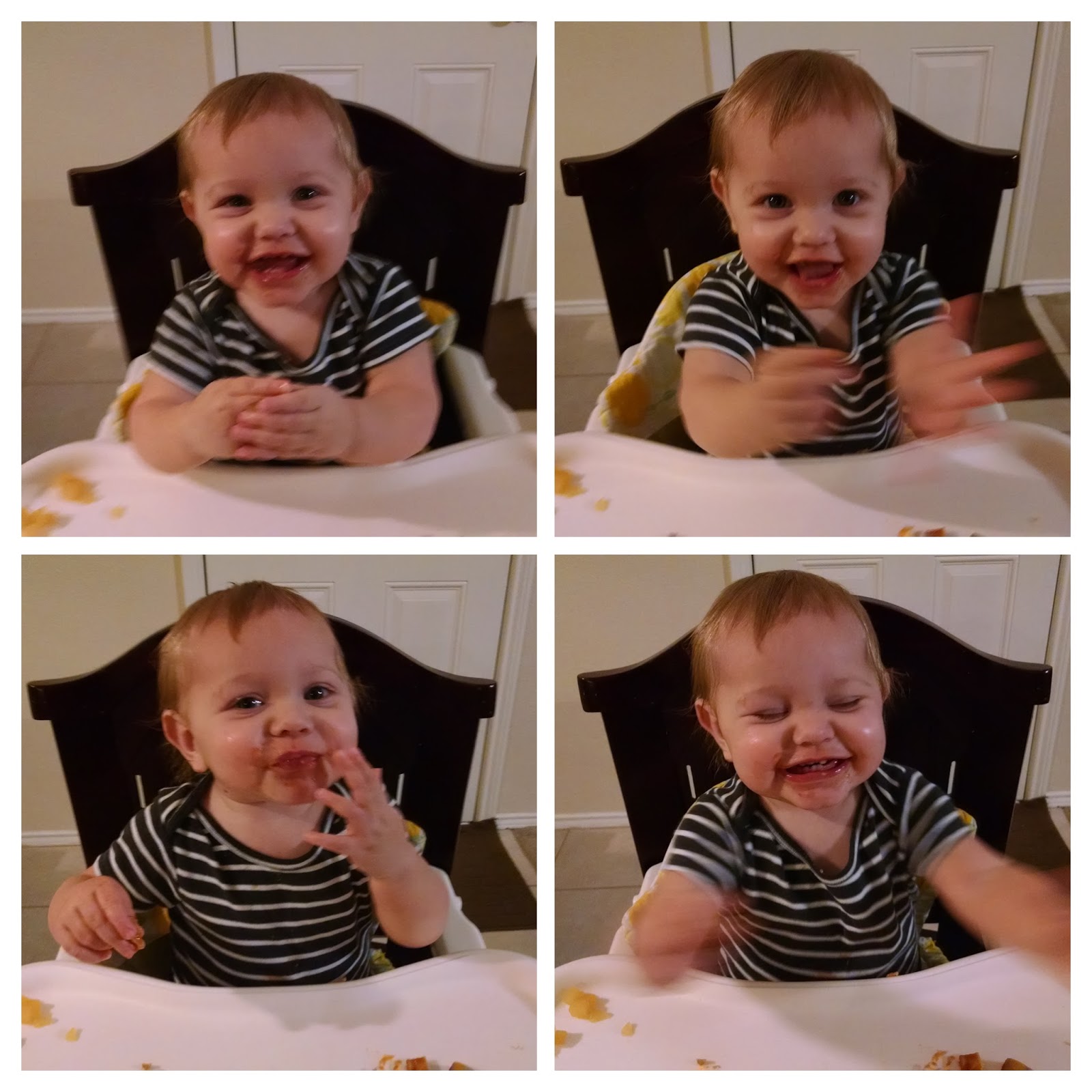 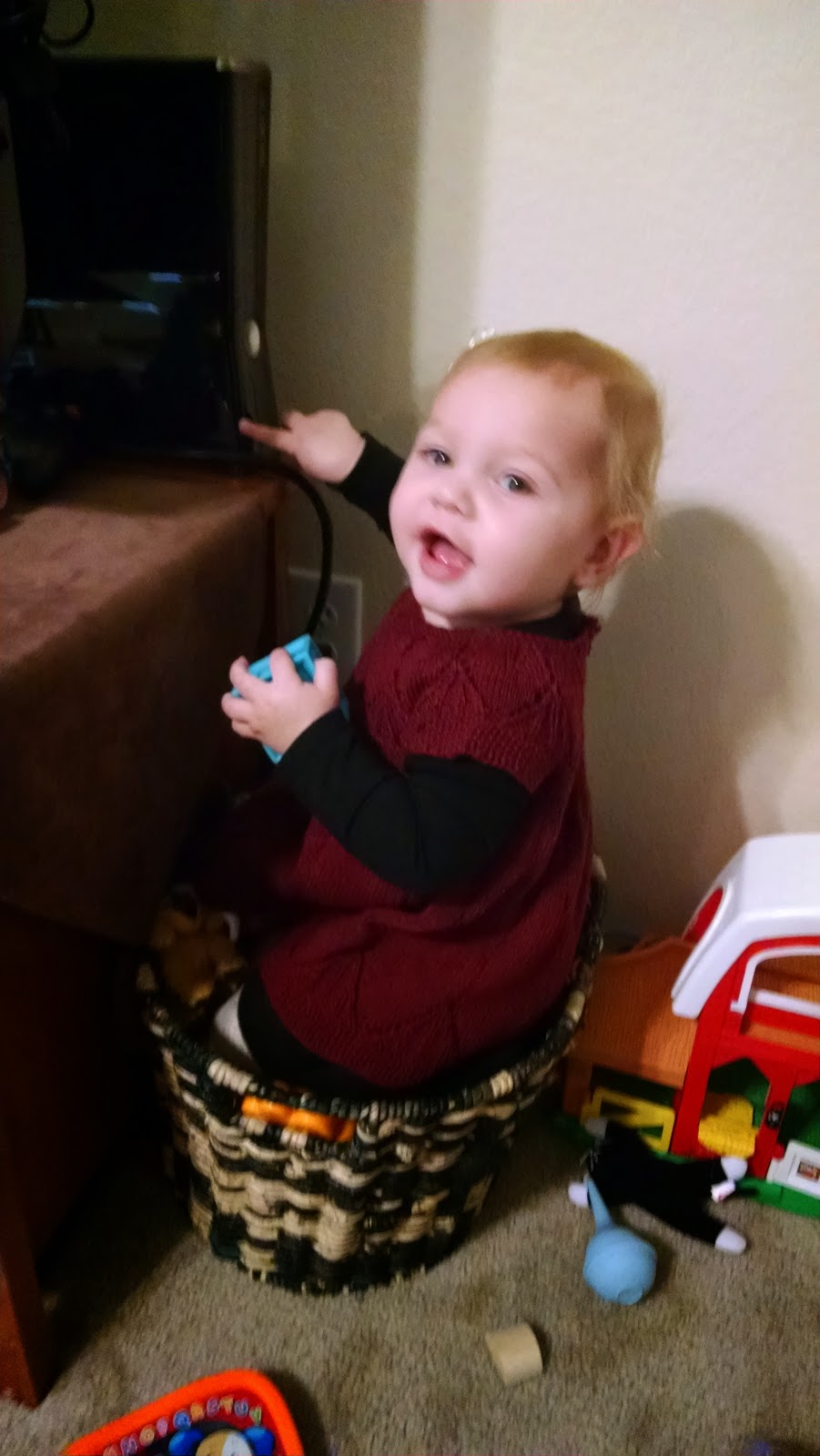 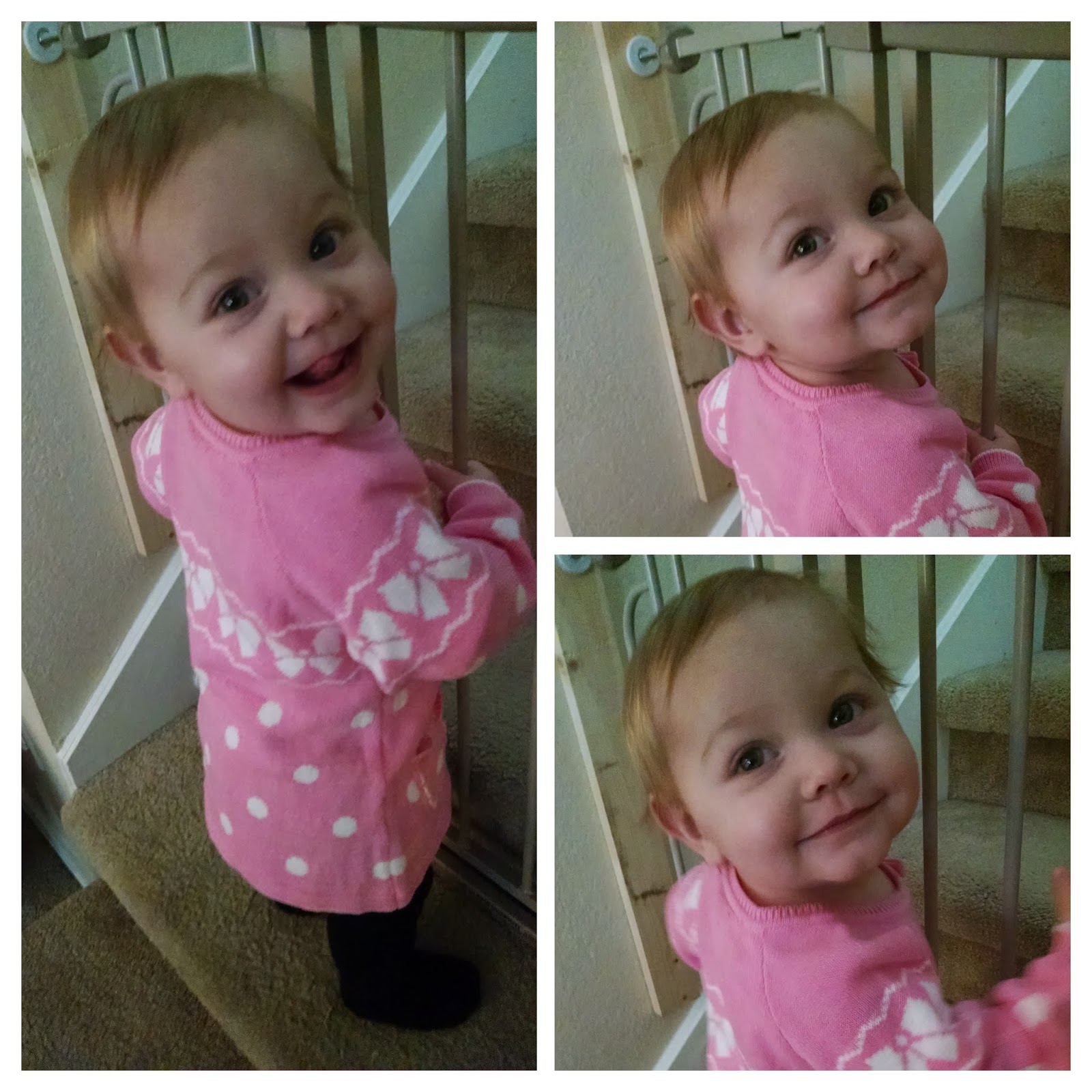 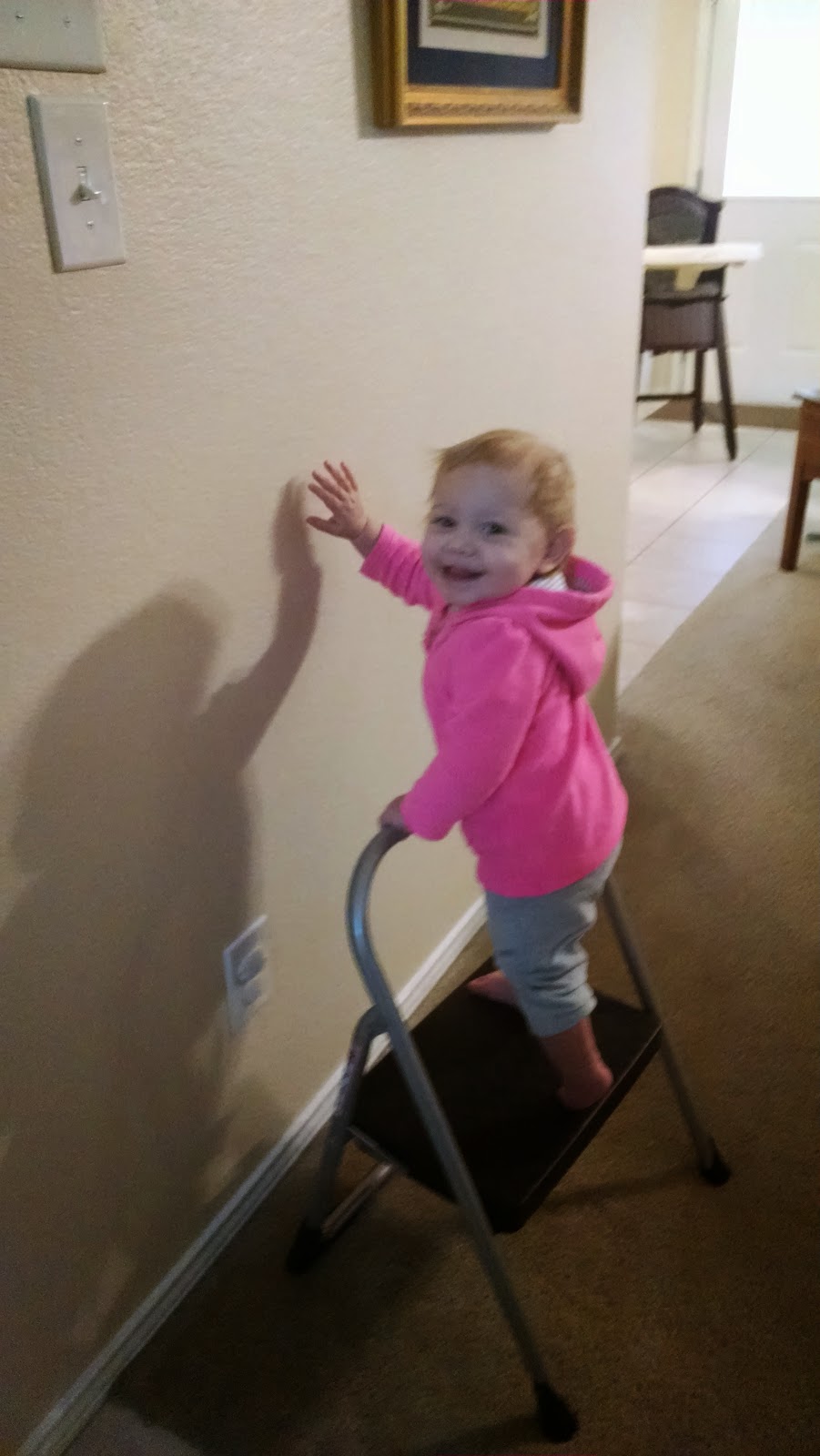 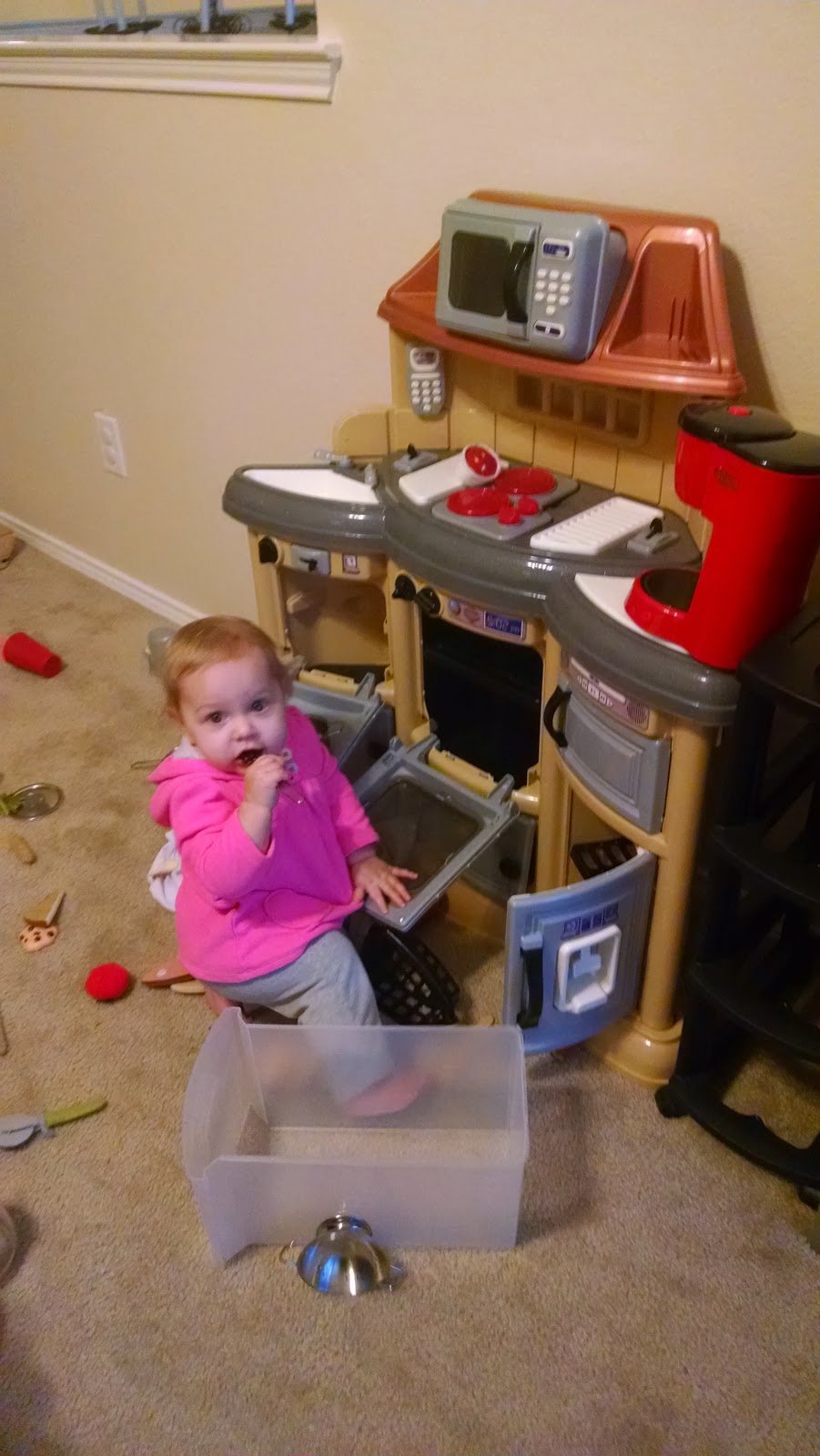 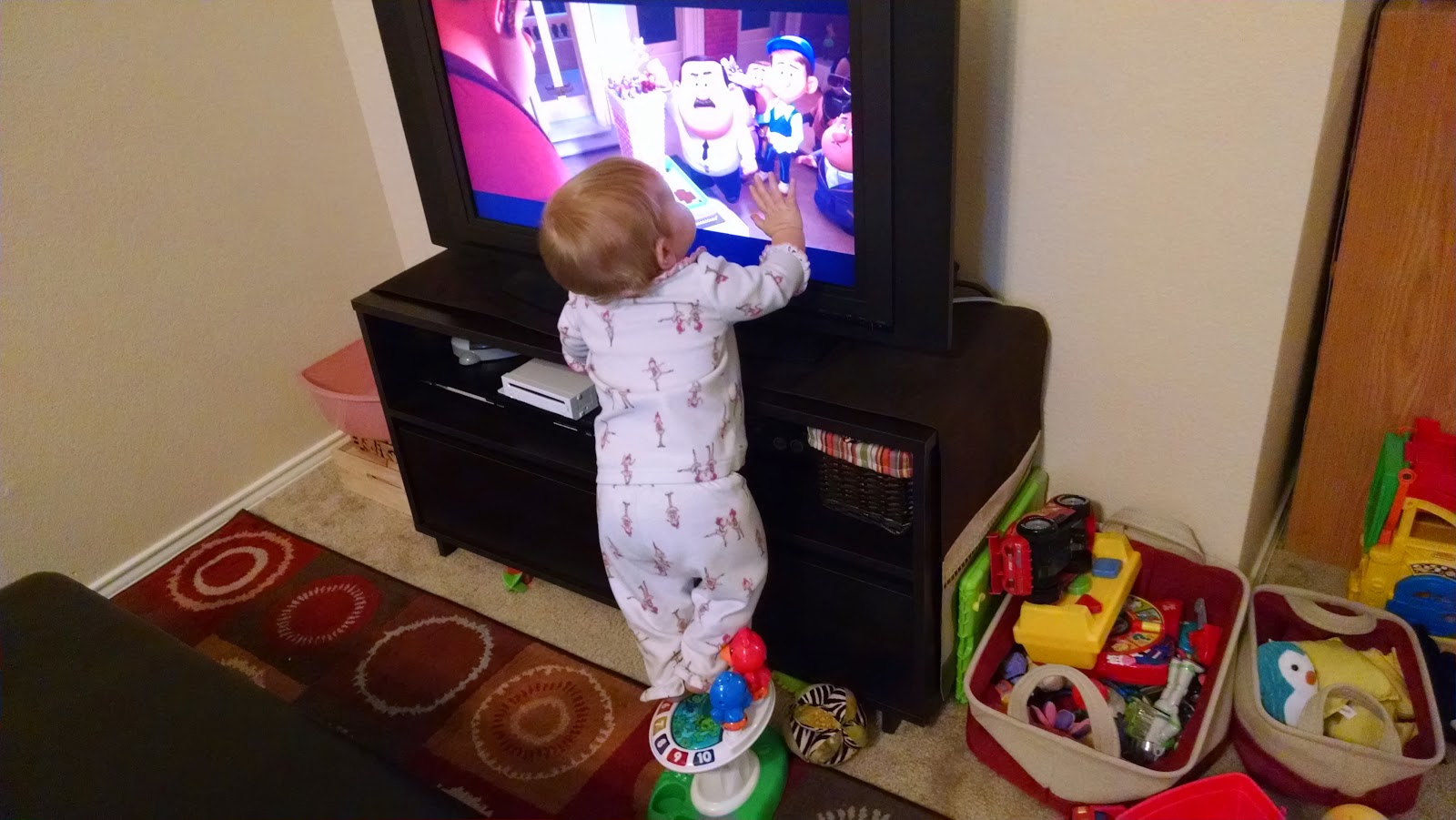 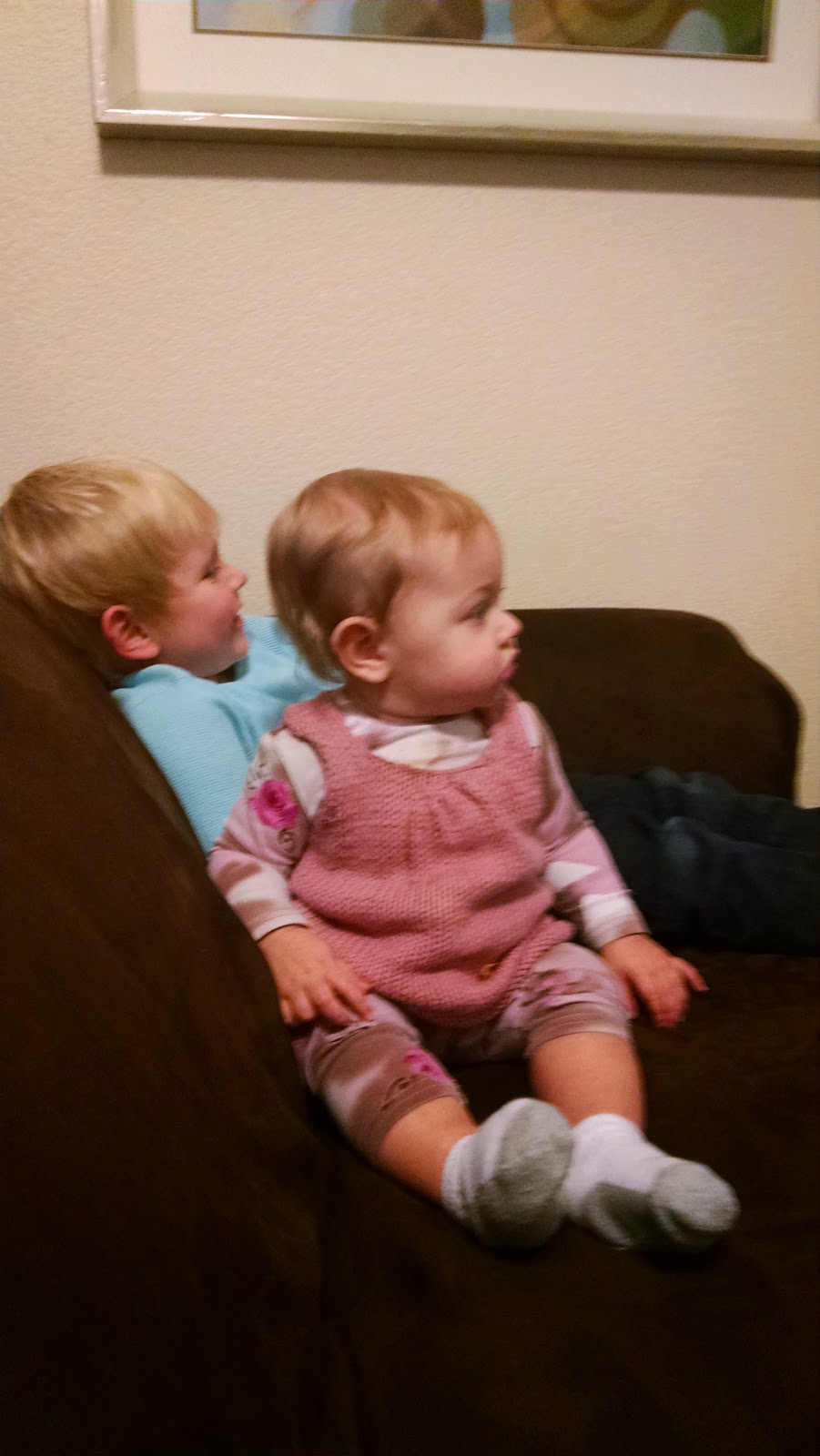 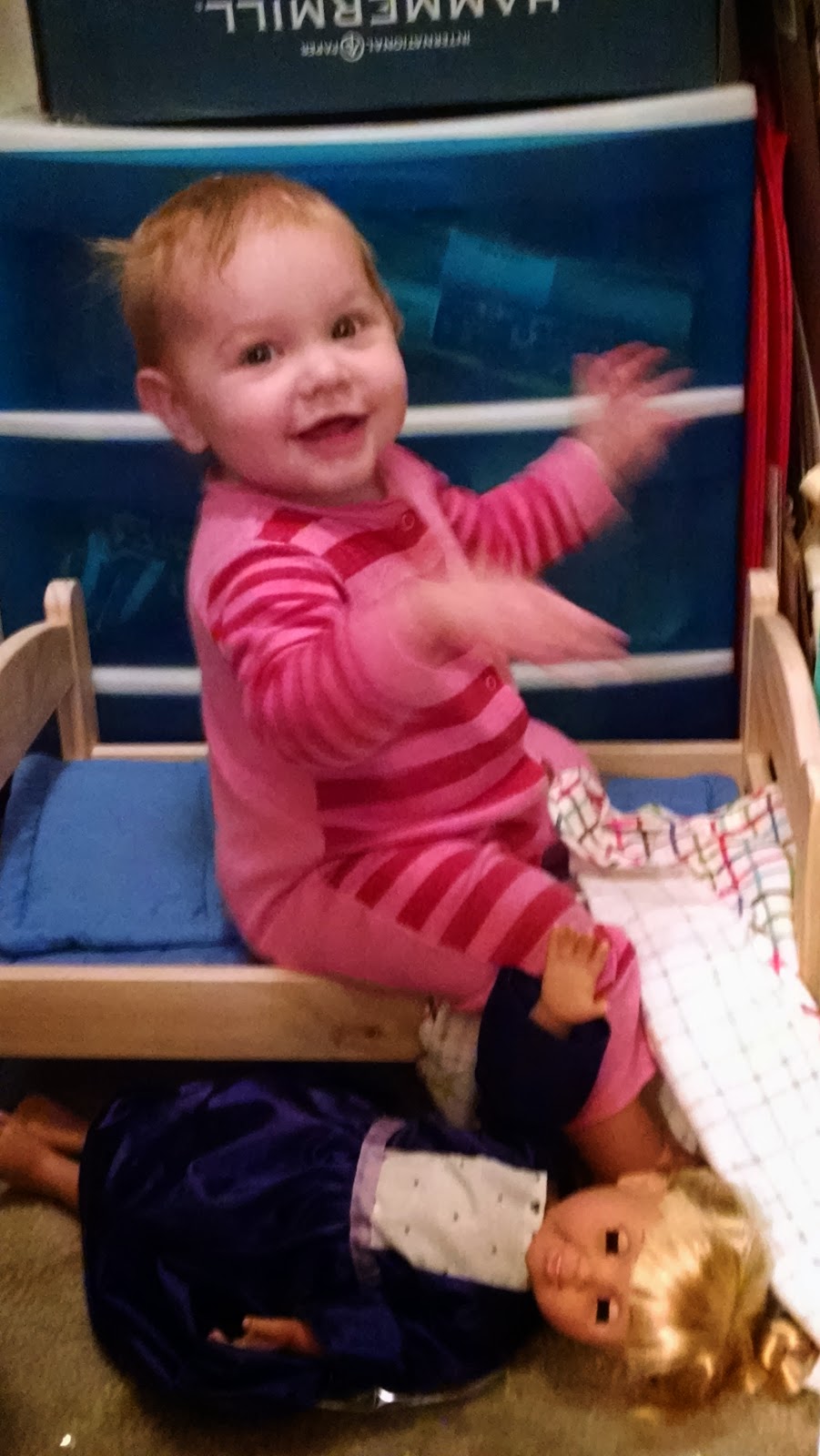 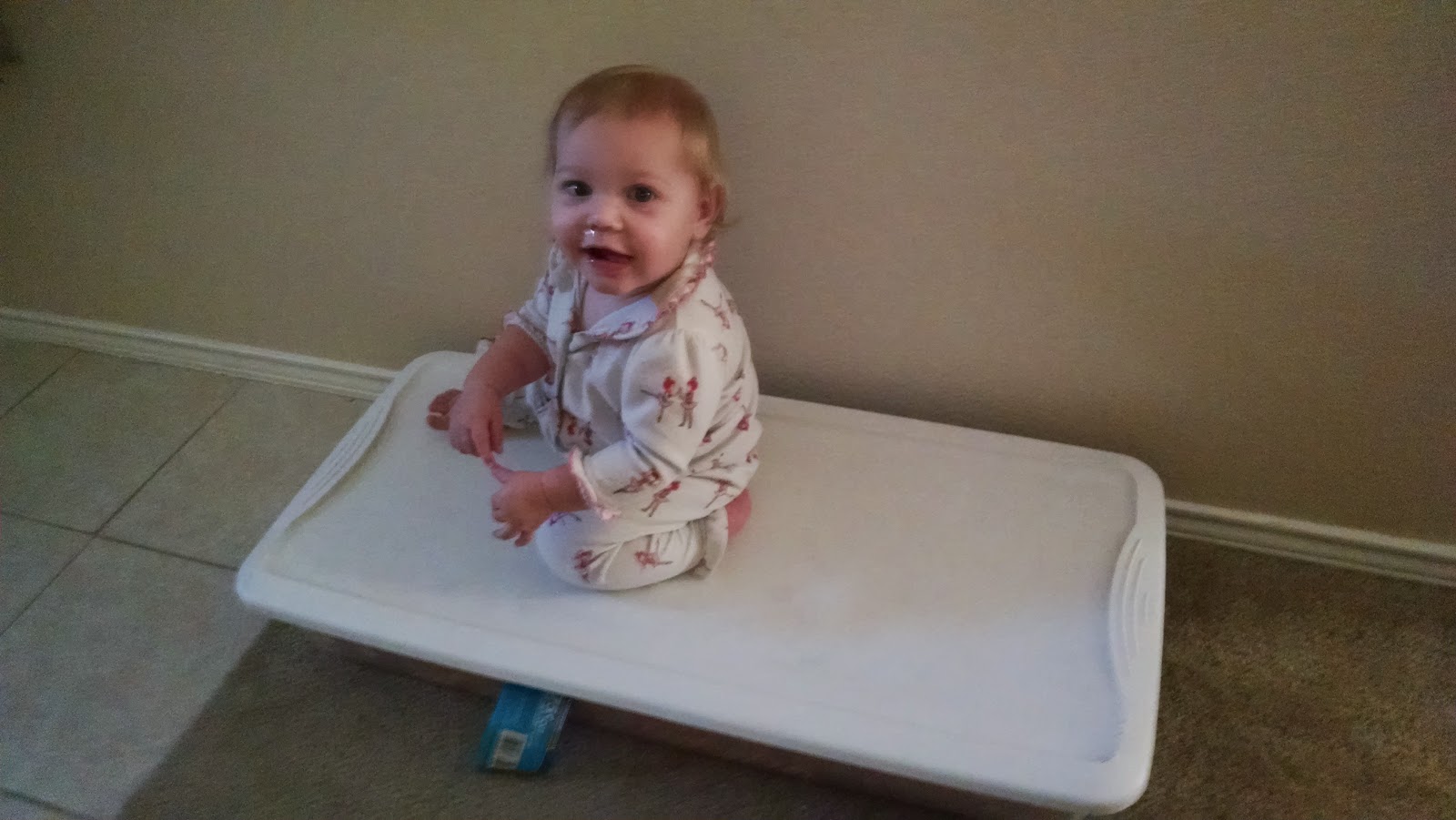 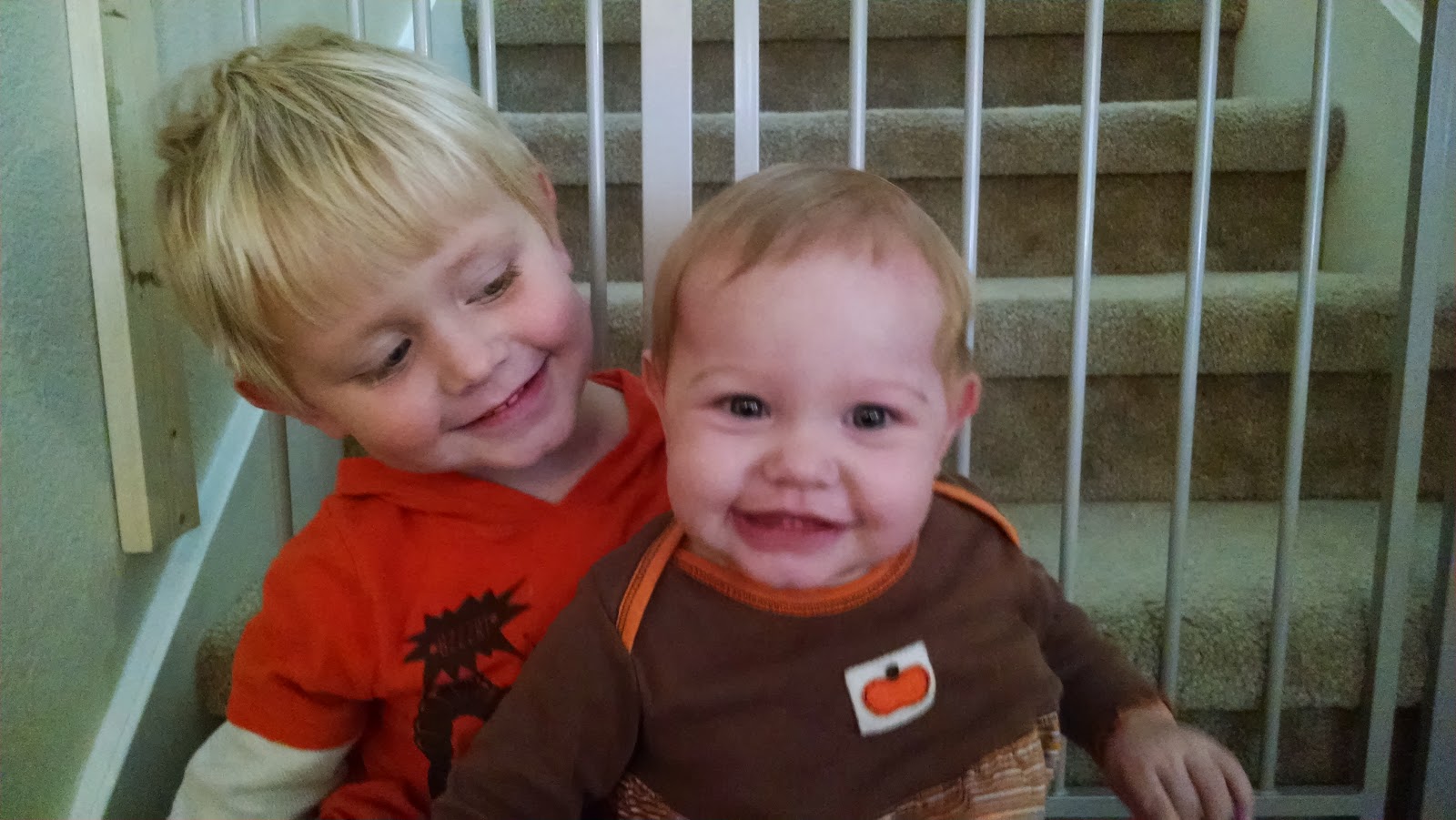 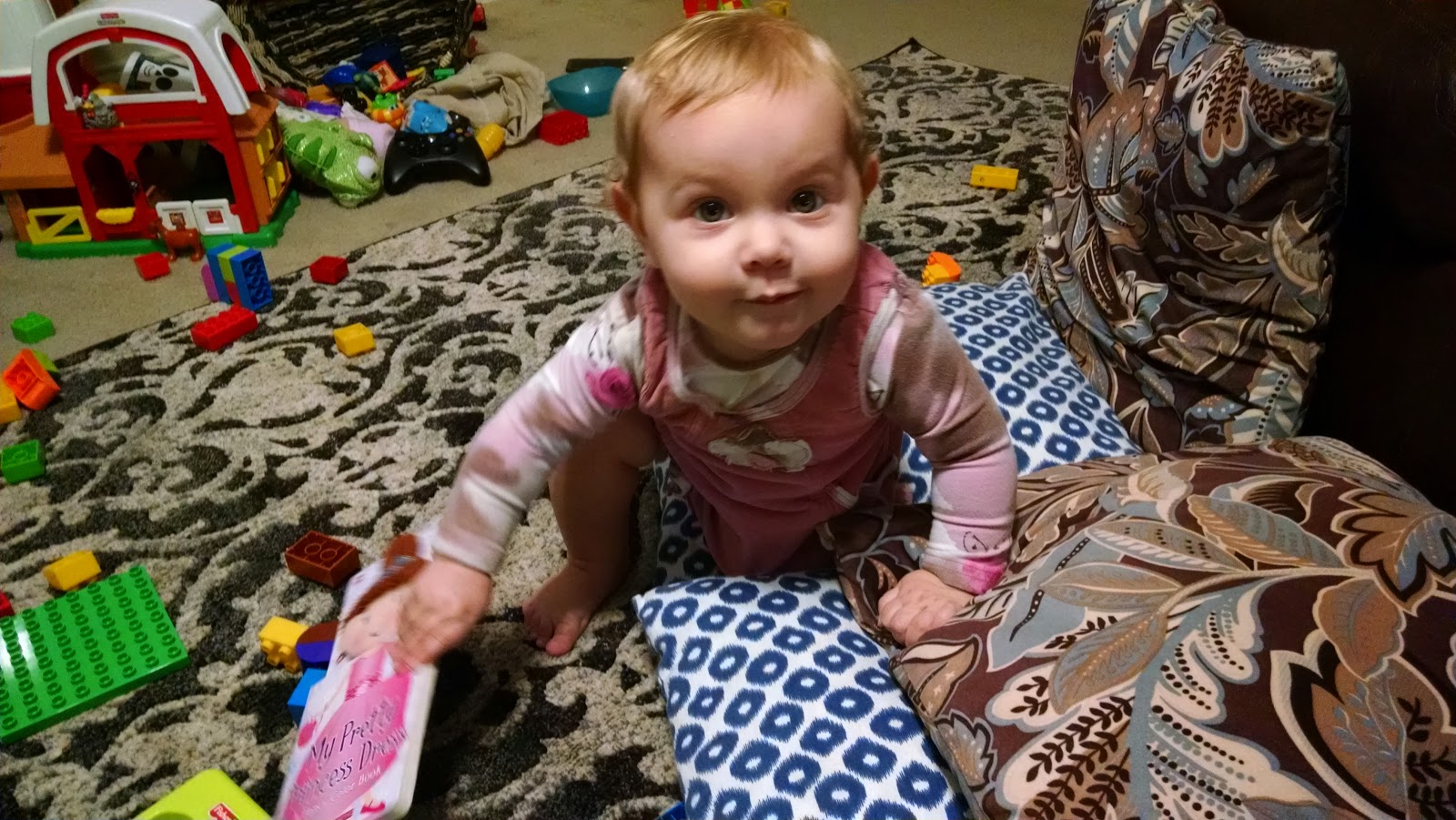