I've really been excited about restoring antique furniture lately.  Not the types of antiques that go for hundreds at an antique store or auction (although if someone wanted to give me some of those, I'd totally take them).  For now, I've been working with just ordinary, unloved pieces that have hidden potential.

I recently decided to replace our kitchen table and chairs for something that was more our style (and that I wasn't nervous about ruining all the time)  We had a beautiful glass top table with upholstered metal scrollwork chairs.  The kids were always running into it or tripping over it or in some way hurting themselves on it, and I can't tell you the number of times I thought Luca was going to knock the glass top off and shatter it on accident.  A table shouldn't cause a person stress, right?

So when our next door neighbor offered me a beat up and battered old table, I thought, what do I have to lose?  I'll show you the revamp on that piece in Part 2.  So I started planning how to restore it while I looked for chairs that would work.  Just the next weekend I saw a Facebook post from a woman about 45 minutes away who was having an antique sale and I decided to make the drive to check it out. 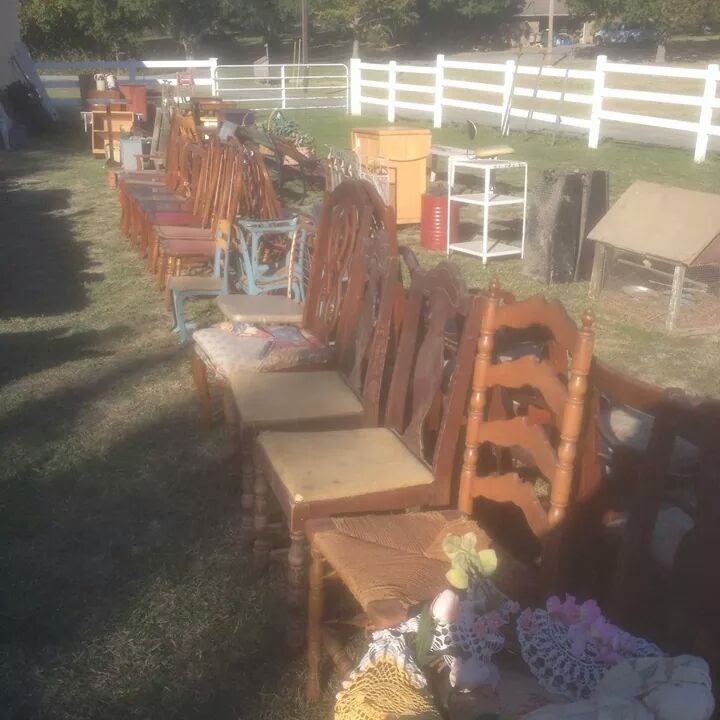 She had at least 5 sets of antique chairs in fair condition, but I wanted to be sure I was choosing a set that was within my ability (okay...really Michael's ability) to fix up.  After much flipping over and wiggling and sitting I decided to go with a wooden set with red leather seat cushions.  They were a total steal at $10/each!  See...my chairs are way back there in this shot :) 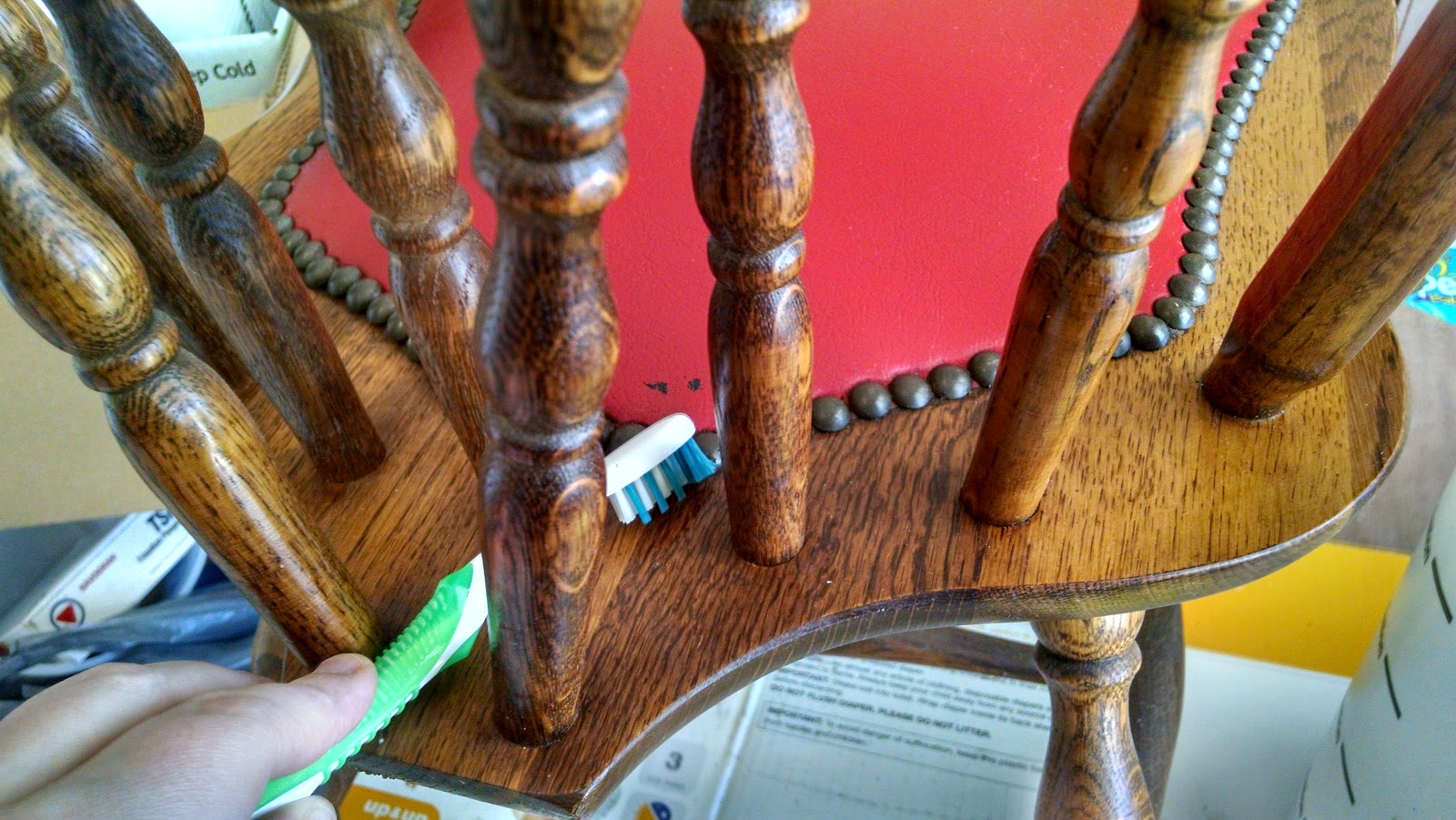 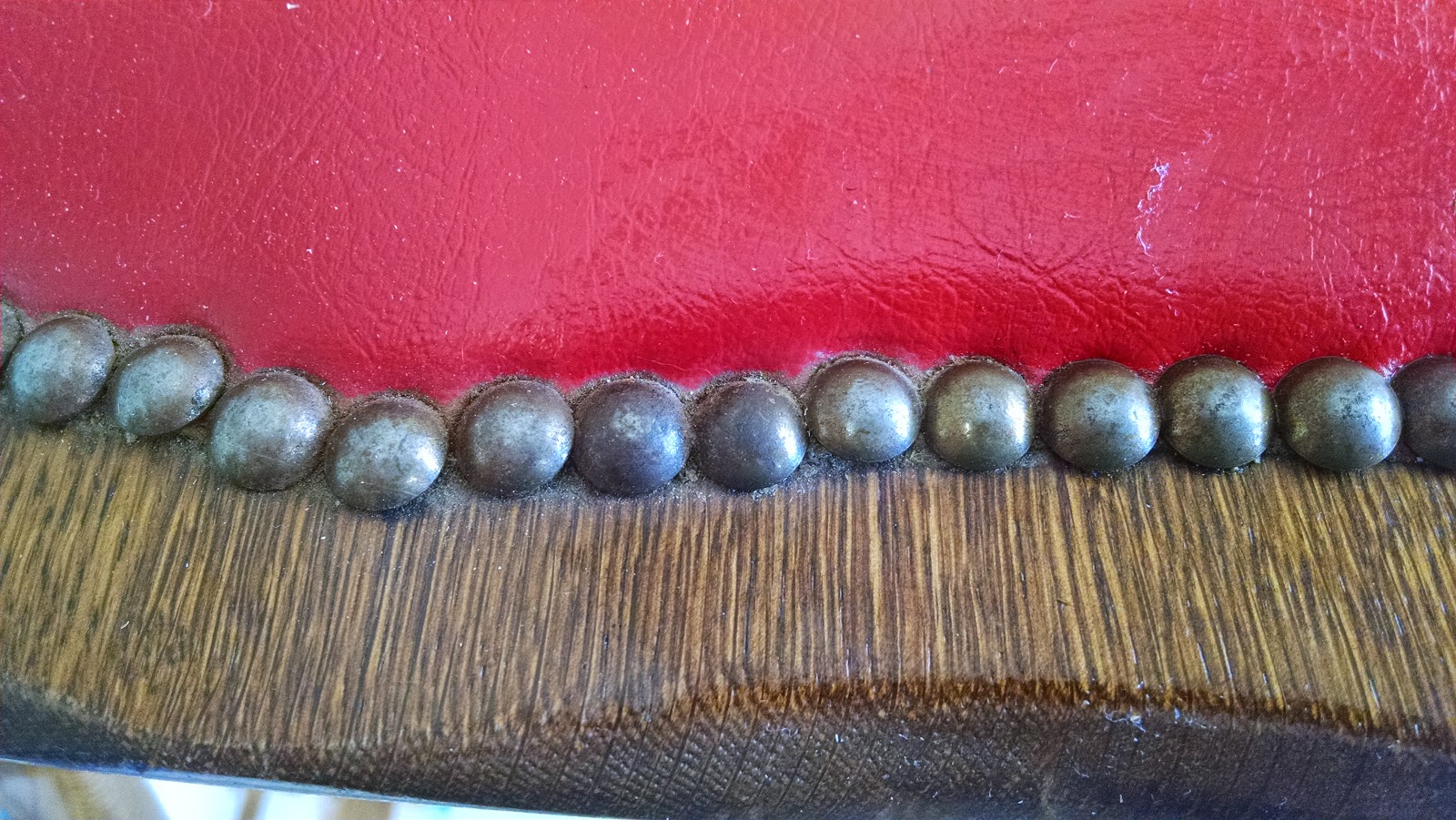 First, I set to work cleaning them.  I added some Murphy's Oil Soap to a bucket of water and began to wash them down with a sponge, being careful to not let the water sit on them too long.  Once I got the majority of the dirt off, I took a toothbrush to the brads holding the seat cushion on (as these were really caked with dirt).  At some point in the future, I may want to replace the cushions, but for now these match my kitchen and are holding up well. 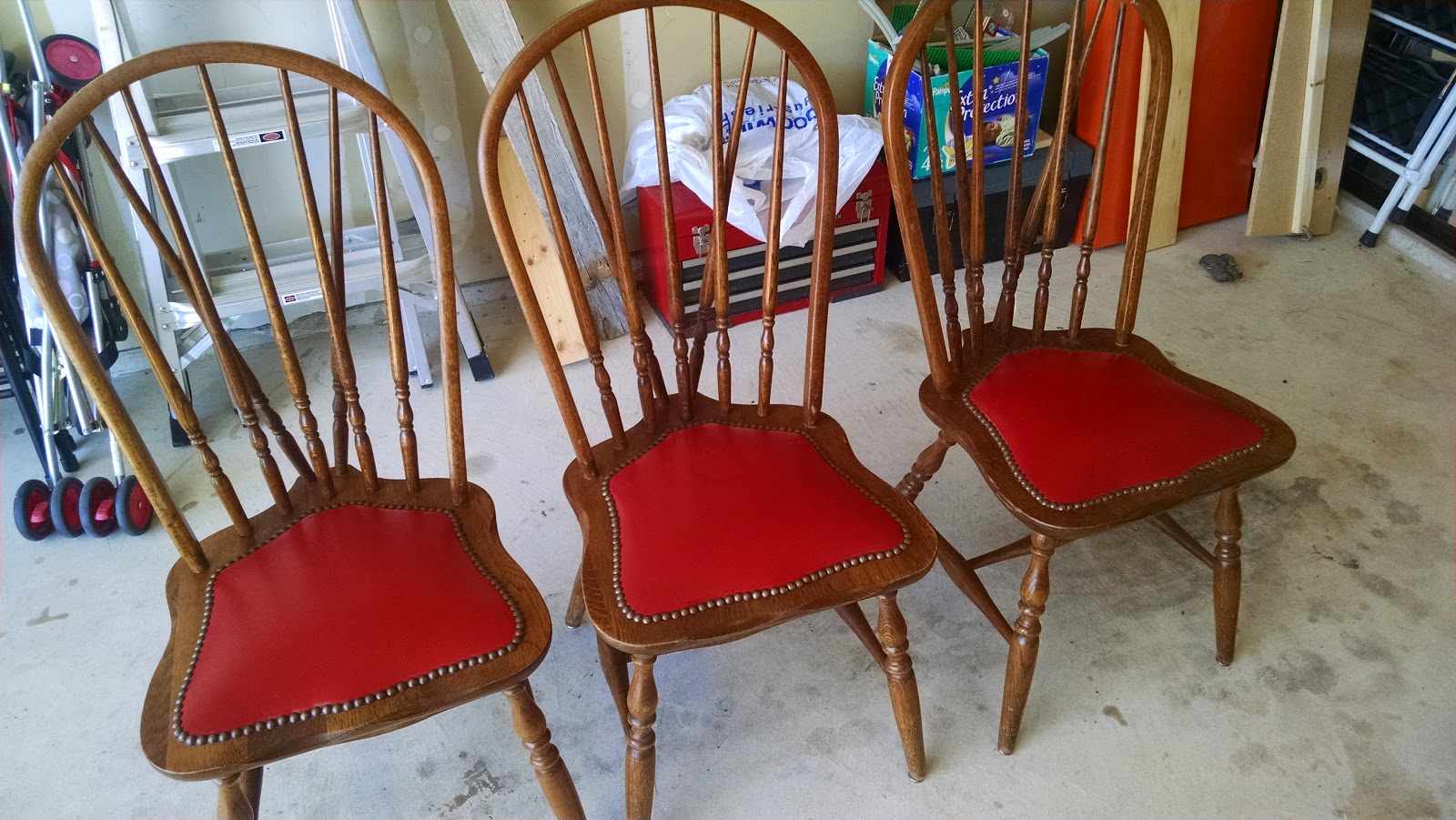 Just washing them gave them a much nicer look, but I wanted to really make them shine.  The next step was to apply Howard's Restor-a-Finish in Walnut to bring out the color of the original stain and to blend any places that had been scraped or marred.  This stuff is amazing!  They were looking really great by that point, but I also wanted to seal and protect the restored finish, so we applied Howard's Feed-n-Wax as the final step.

I would highly recommend these products for restoring antique furniture that still has a nice finish to it.  It only took a couple of days to complete the work on these chairs, which was a lot faster than I had been expecting, so I was pleasantly surprised.

Stay tuned for Part 2--The Kitchen Table, later this month, along with the final reveal!
Labels: Tutorials