Our play kitchen has been seeing a lot of action lately.  We bought a really inexpensive, all assembly required (I mean, we even had to snip the parts away from the molding frames) kitchen set (at Aldi of all places!) about 3 years ago, which I intended to give Luca for his 2nd birthday.  But right around that time, we moved to Texas and put all of our stuff in a POD until our house was sold and we were in a new one.  About 9 months later, all the transactions were settled and the POD was delivered to our new home, and we pulled the kitchen box out with everything else.

In the meantime, while I was hoping that we would someday be in our own house and have access to all of our stuff again, I purchased three felt food kits and instructions on Etsy, from a fantastic shop called Sweet Emma Jean.  The kits included all the felt needed for each set, and the instructions were very detailed on how to construct each item.  We chose to get the Felt Food Pizza set, the French Toast Breakfast set, and the Summer Cookout set.  It was really hard to choose just three, because all of the designs are so adorable, but we thought he'd like those the best.  A word of warning...three sets was rather ambitious of me to take on...but after many many hours I had everything finished and Michael had the kitchen together.

The big day rolled around and we presented the set to the birthday boy!  He had everything he needed:  gender-neutral kitchen, stainless steel kid sized pots and pans, utensils, dishes, food, appliances, even an adorable chef outfit!  And...he played with it maybe 5 times.  So much for that... 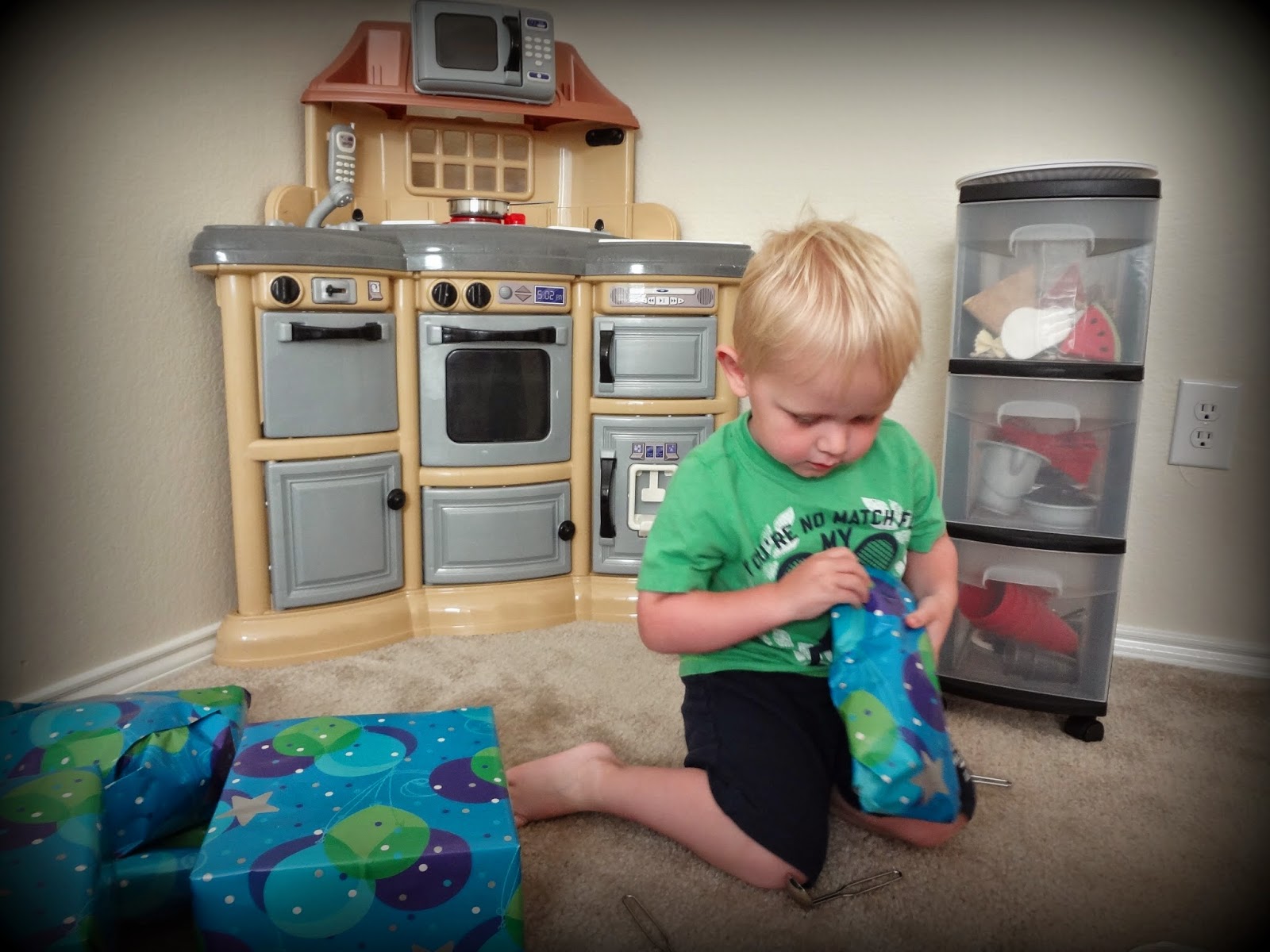 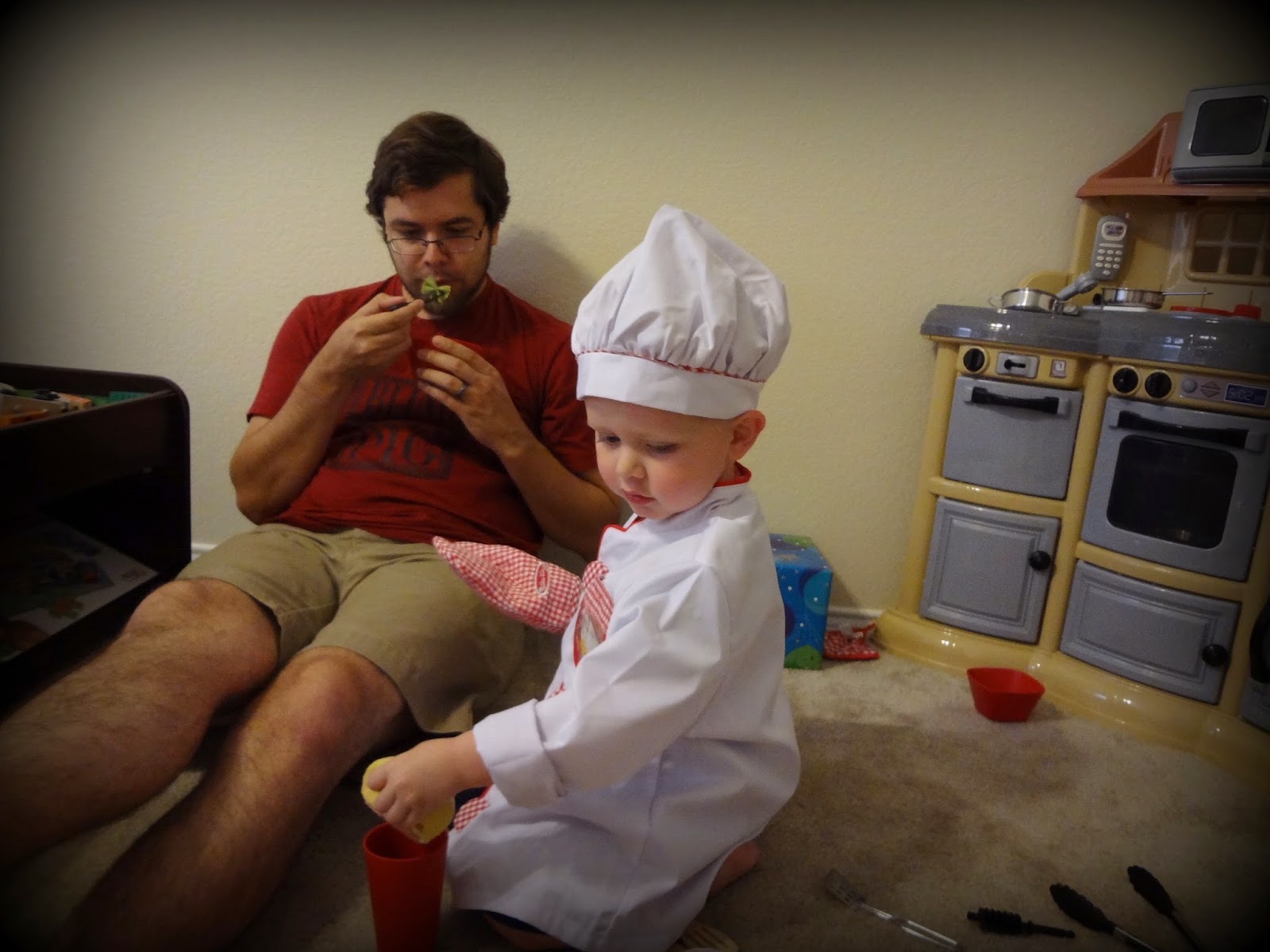 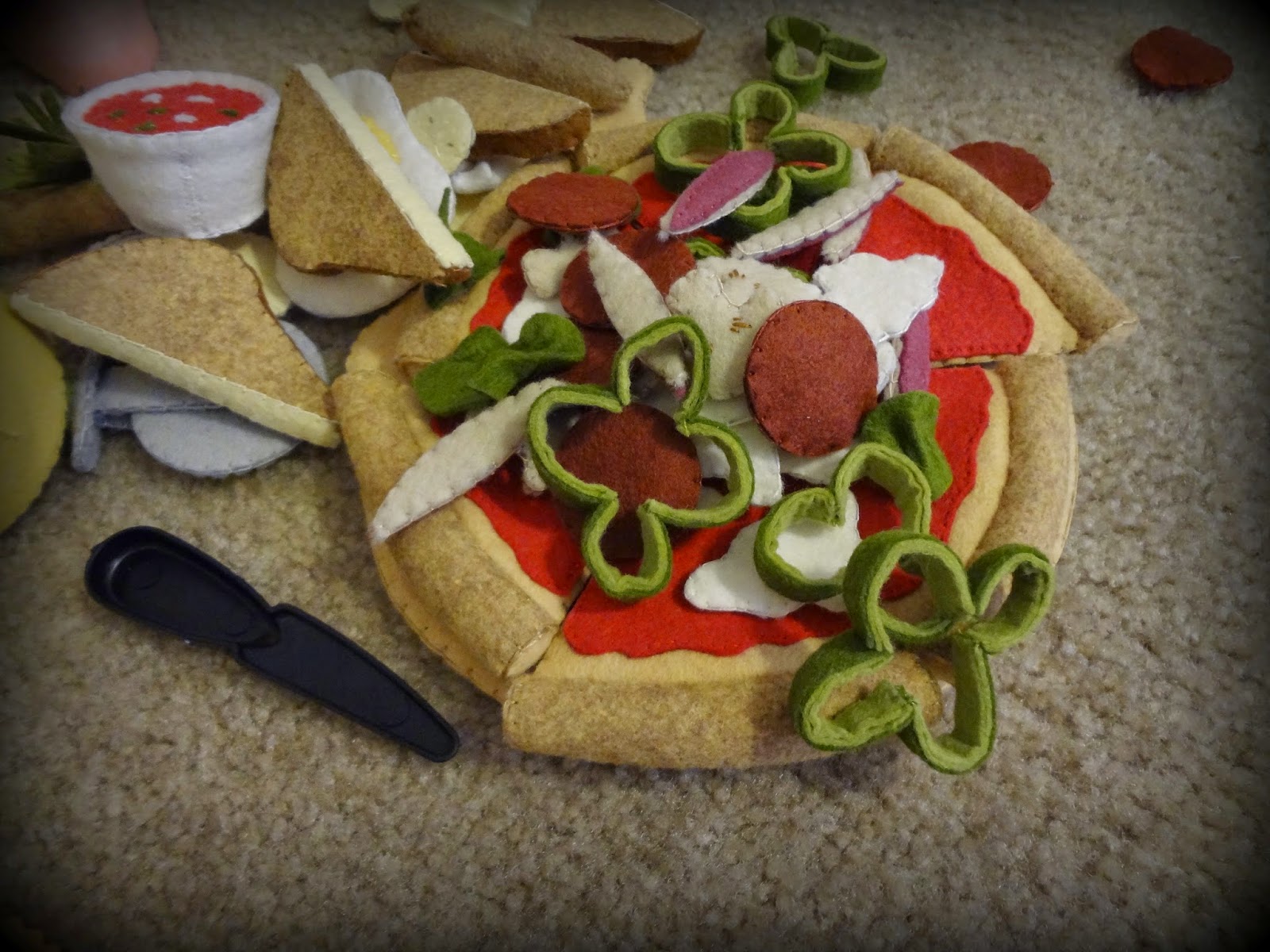 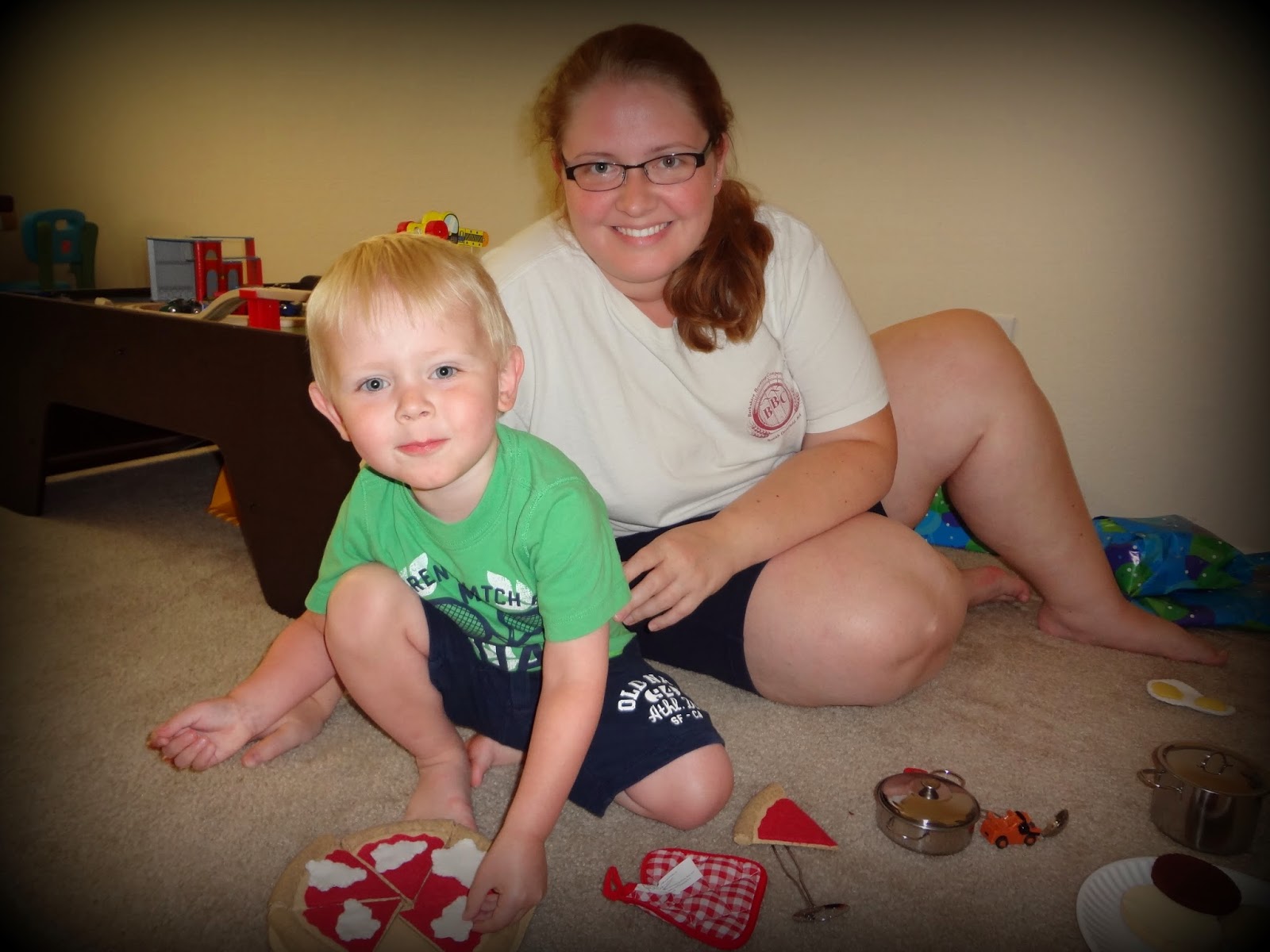 It pretty much sat in the corner, waiting for someone to make some magic there again.  And wouldn't you know it?  It's Isla's new favorite thing.

I never really believed that girls and boys only wanted to play with their specific gender-stereotyped toys, and that if boys were given the opportunity to plays with dolls or kitchens and girls were given the opportunity to play trucks and trains they'd be perfectly happy doing so.  But having one boy and one girl, I definitely see differences in how they play and what they choose to play with.  Sure, Isla will drive the trains around with the best of them, but give her a doll to cuddle or a cup to sip from or a pot to stir and she's all over that.  And if you can build with it, Luca will certainly do so.  And watch out dollies...he's not much of a cuddler. 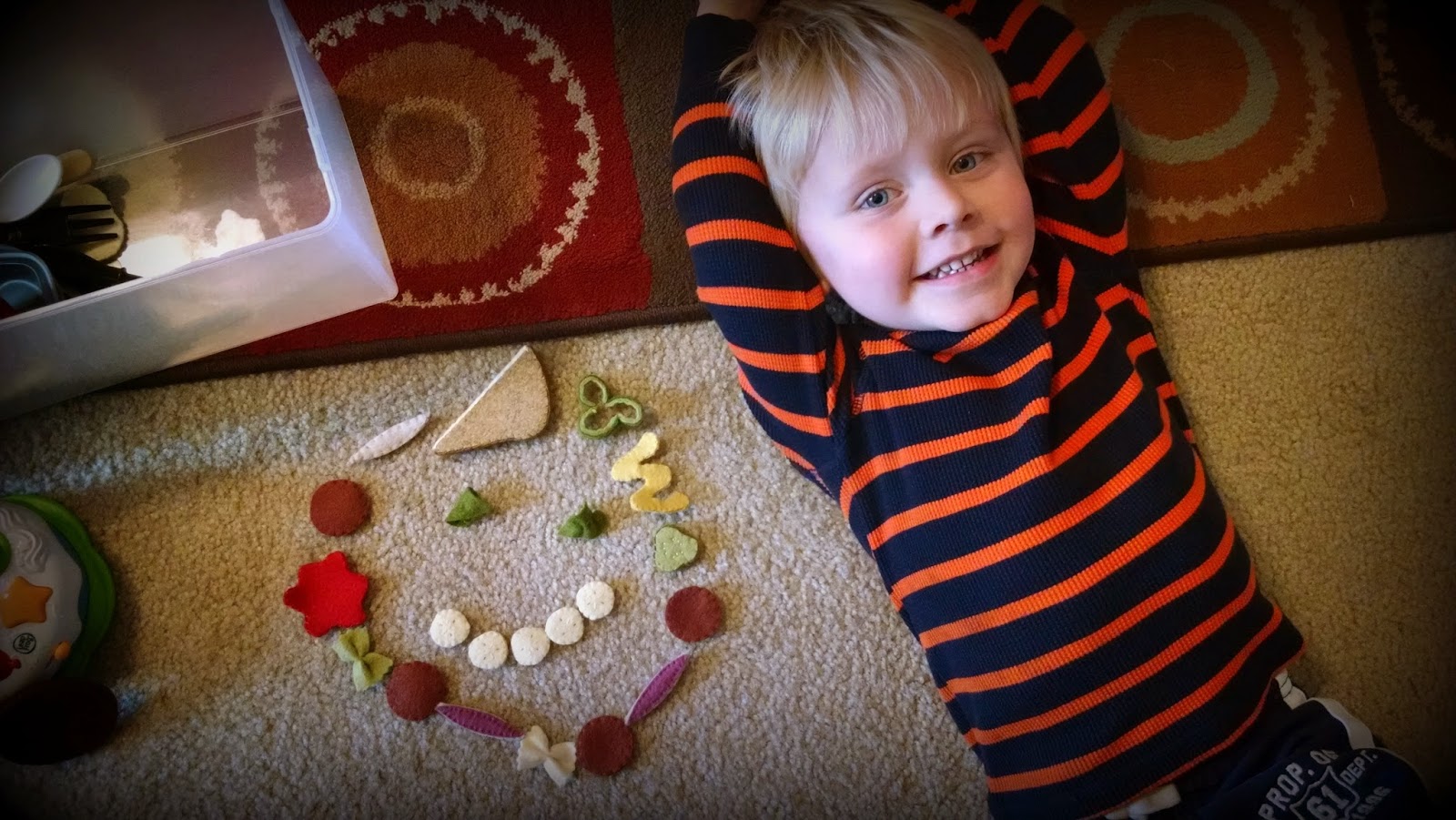 So at least the kitchen is getting it's time in the spot light.  And it's super cute when she brings me a bowl as if to say "here Mama...try some!"  The addition of her newest Christmas and Birthday presents--a Fisher Price Tea Set, a Fruit and Veggie Cutting Set, and a B. Let's Dish! set really round out the fun.  Thanks Gita and Grandma! 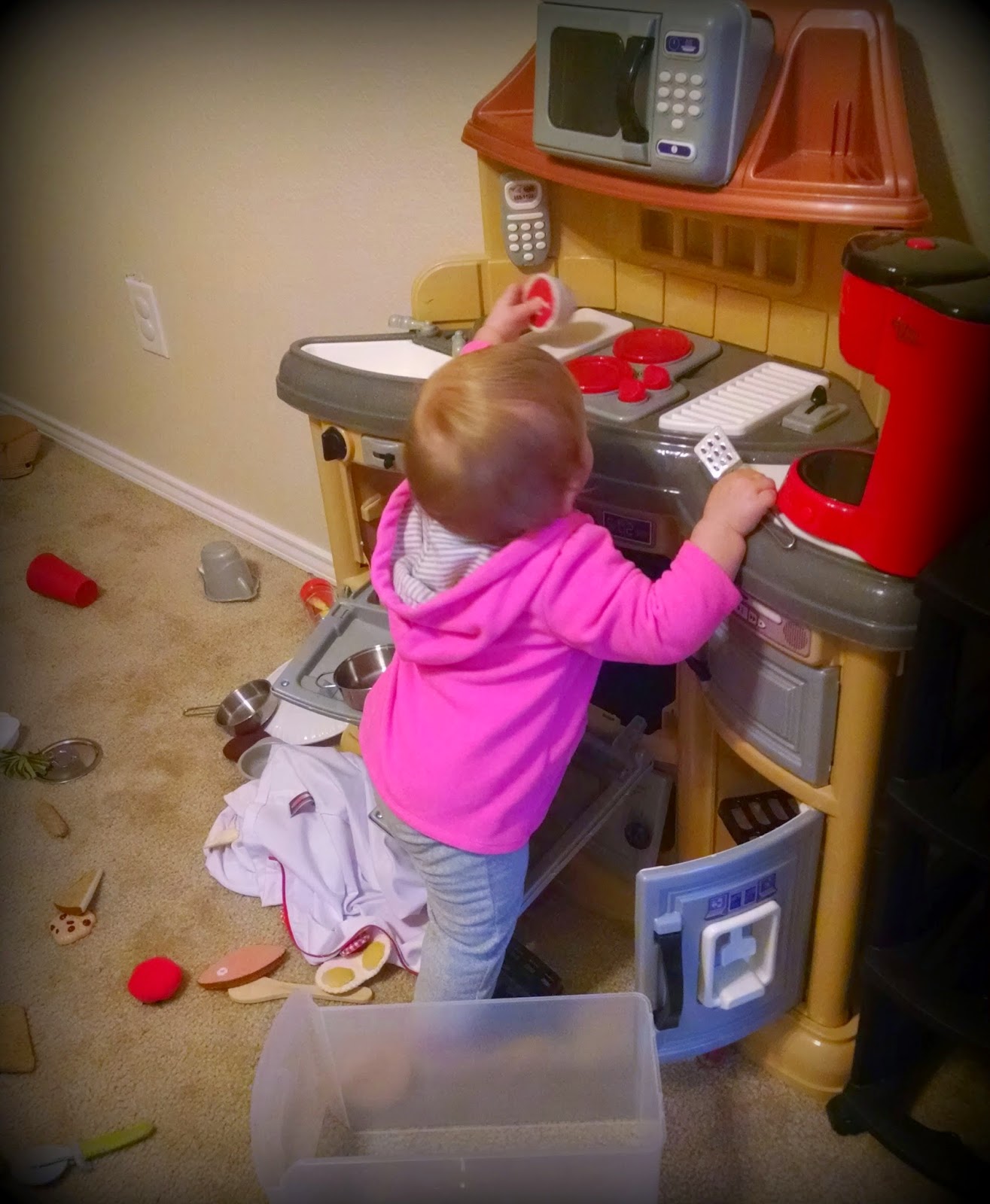 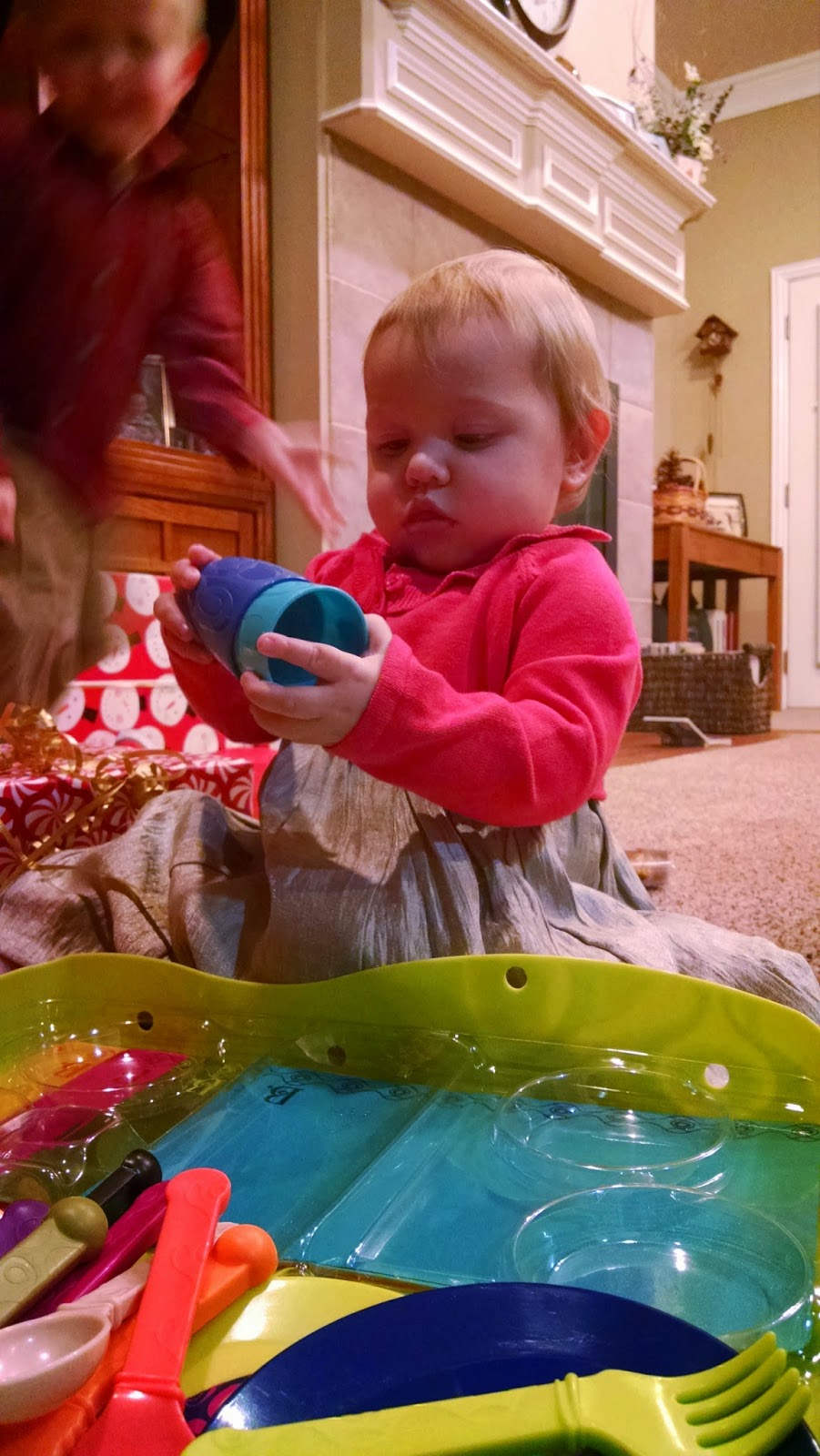 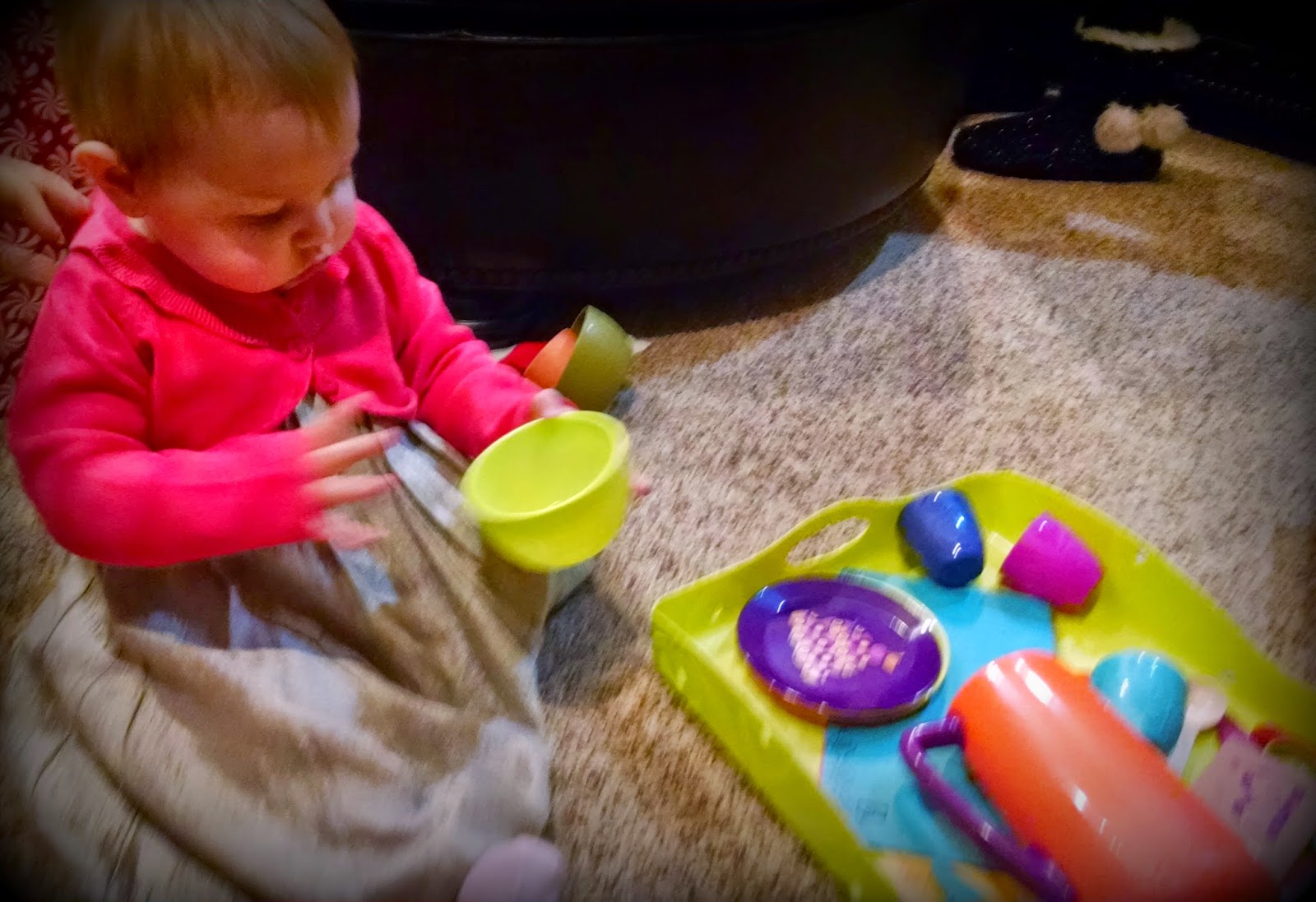 So I'm curious...do (or did) any of your children 'break the gender mold' so to speak in the toys and activities they choose?


The opinions I offer here on the products and patterns from Sweet Emma Jean are my own and I have not been compensated for doing so--I just want to share a fantastic Etsy seller and her products with you!  The other links within the post are Amazon Affiliate links and if you were to buy any of the products linked here I would receive a small percentage of the sale price.  Thank you for your support!
Labels: Reflections