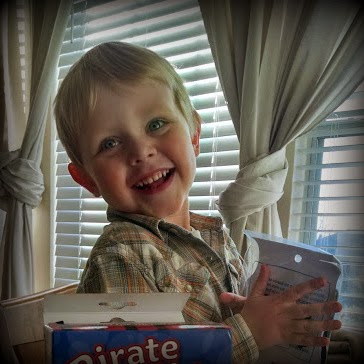 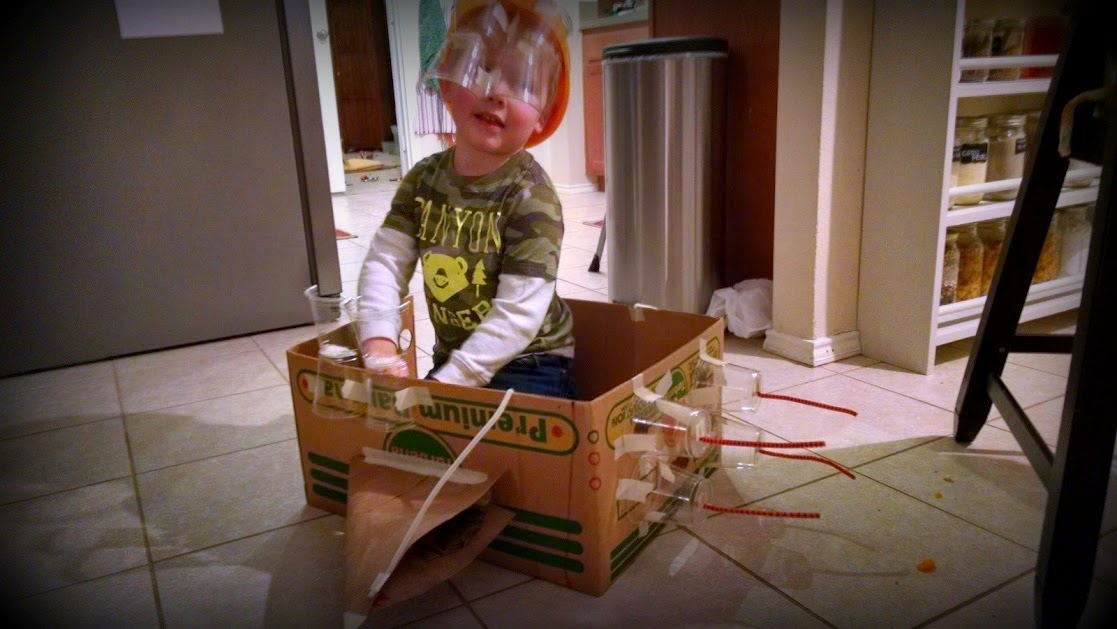 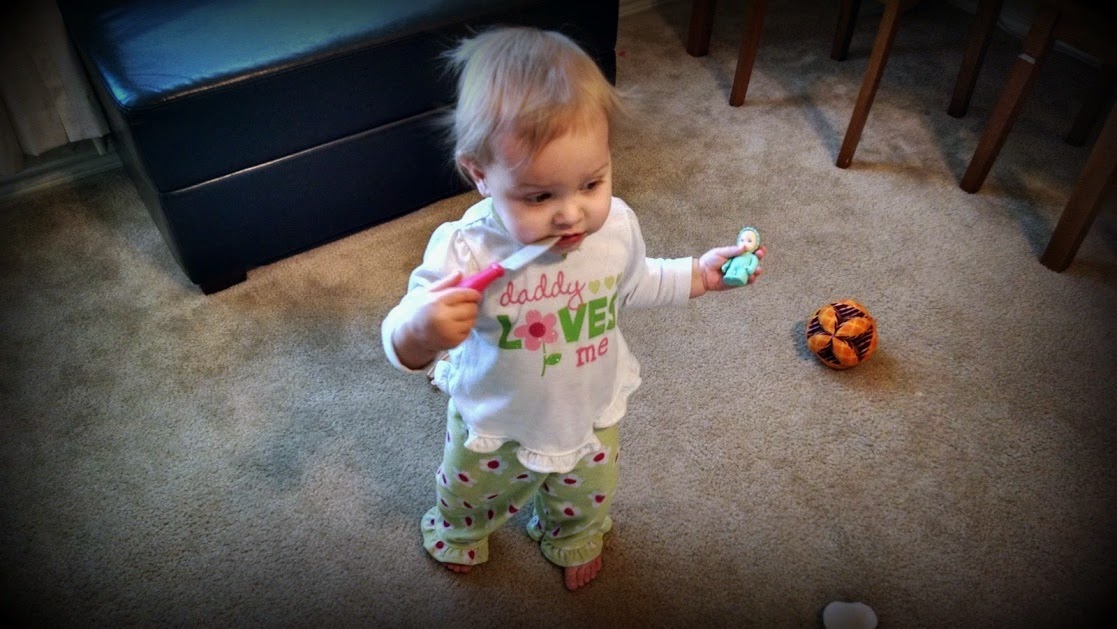 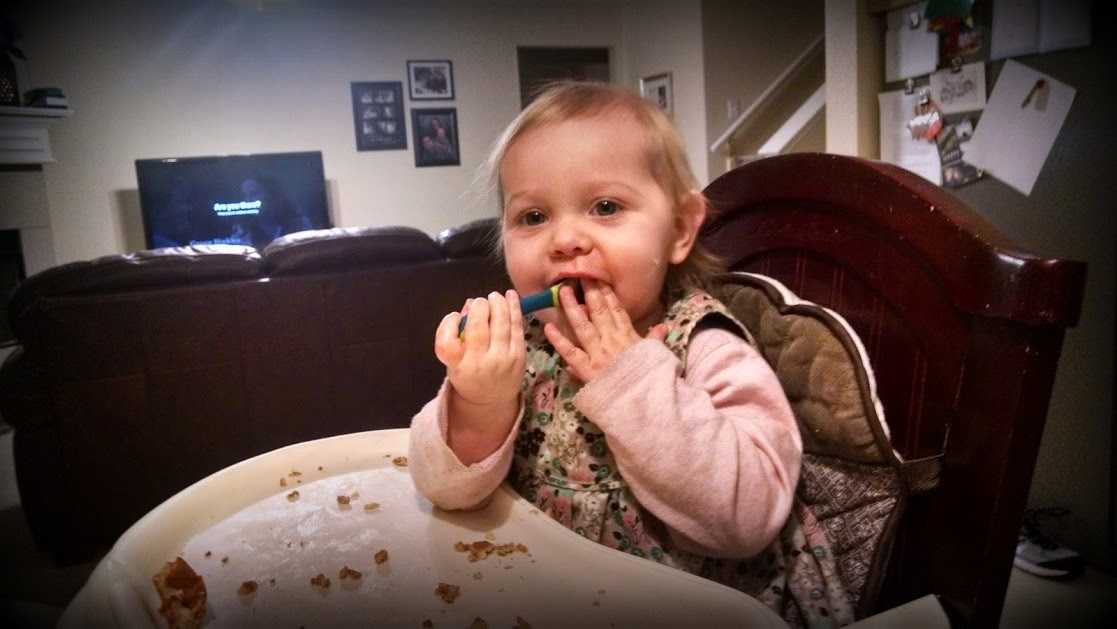 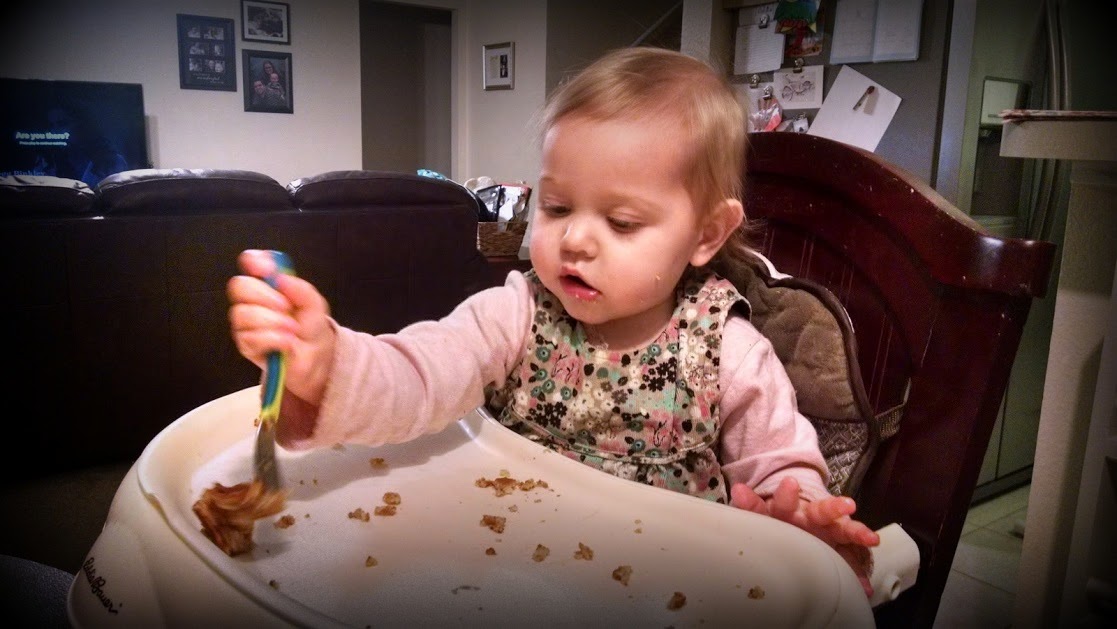 There have been so many projects going on around here this week!  Luca projects, quilting projects, knitting projects...we've been quite productive.

More coming soon on those, but for today, a couple of cute kiddo pics.  Luca has been very excited about projects lately...he's created a TV with remote and a spaceship and helmet out of some spare cardboard boxes.  He's executes these ideas pretty independently (although we're called in constantly to supply pieces of tape) and I'm always amazed at the end result.  He's also been enjoying a couple of kits he received for Christmas that I'll feature in a couple of weeks.  He's so smart and creative!

Isla is often seen wandering around with her plastic chopping knife and Little Tikes baby.  Yes it's creepy, and no I don't have a clue as to why she always goes for these two items.  But in addition to her pretend knife skills, she's also learning to use a fork!  She was successful on Waffle Wednesday.  This was the first time I had given her a fork for dinner and she acted like she'd been using one forever.

Wishing us all a productive weekend!  On my list are hand quilting Isla's Downton Abbey quilt, piecing another 3 rows of Luca's Confetti quilt, completing a feather and fan blanket for a local photographer, and repainting an old dresser.  And making my first batch of water kefir.  And working on some upcoming blog topics.  And maybe filing taxes.  And Michael is brewing...