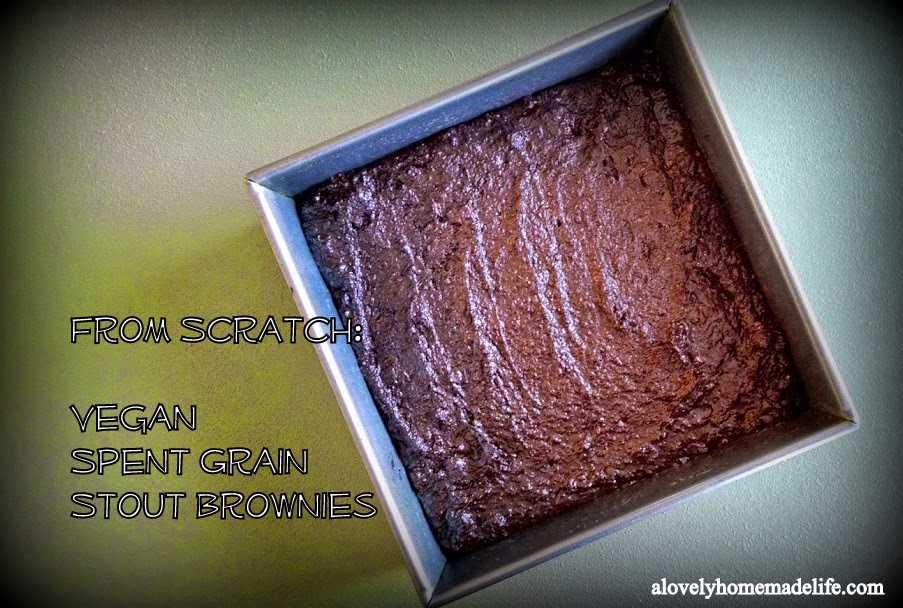 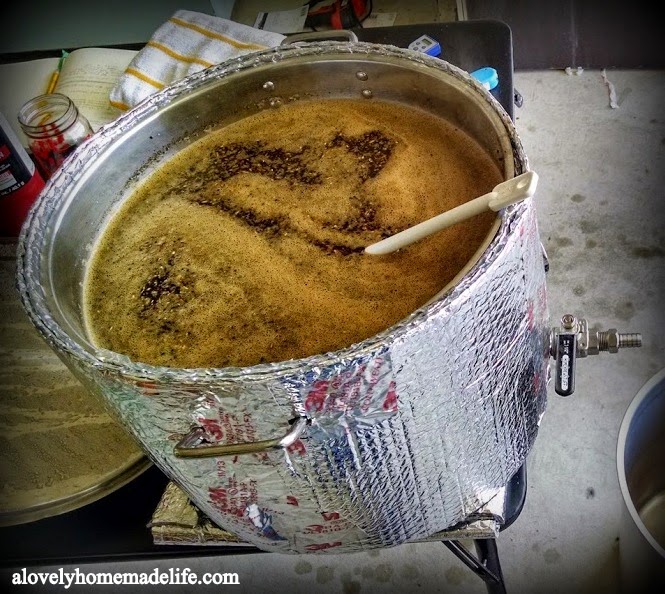 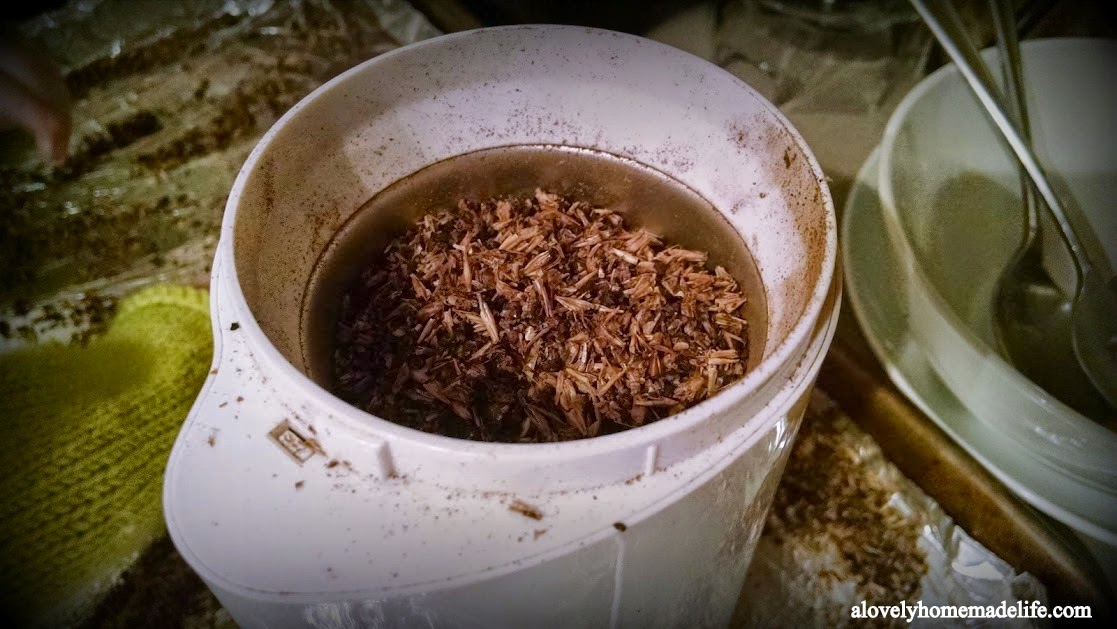 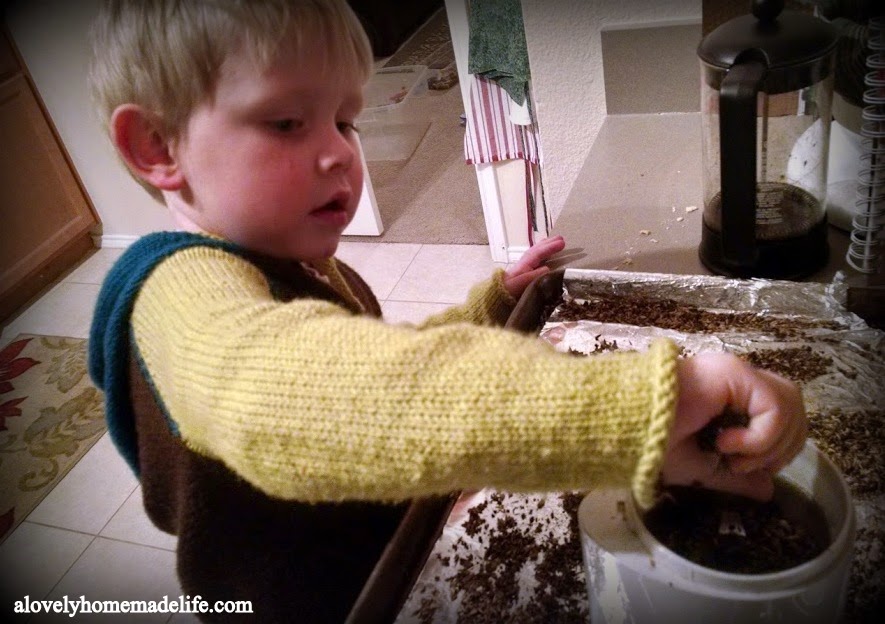 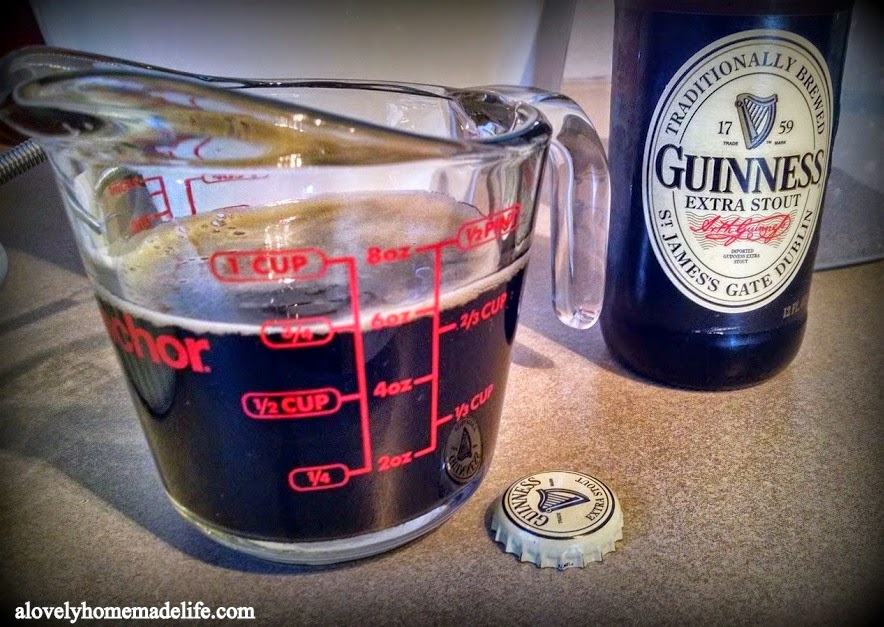 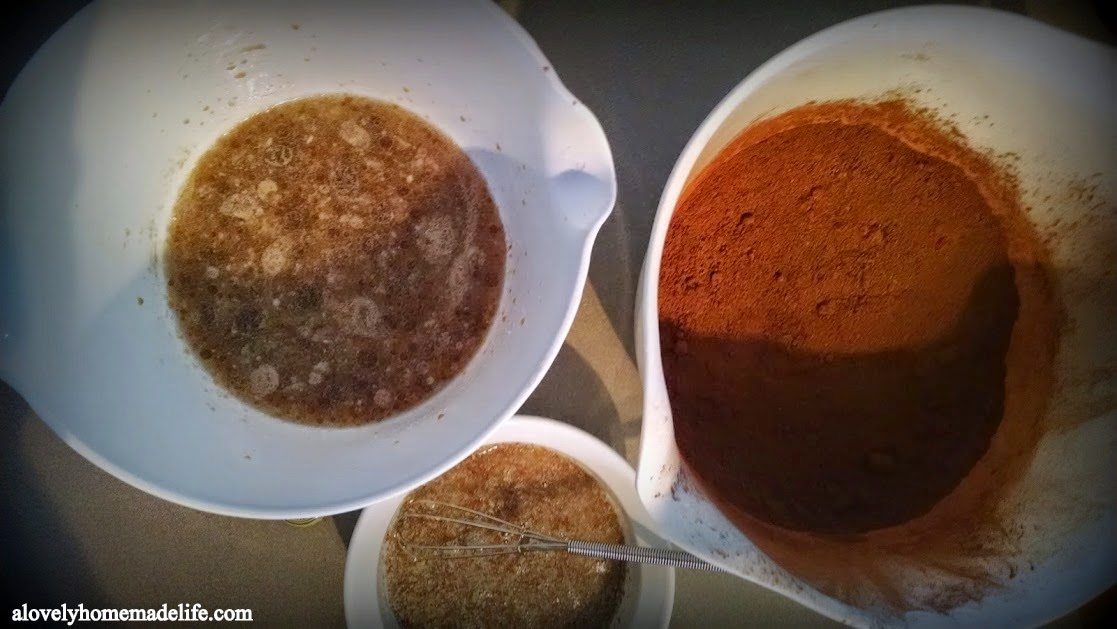 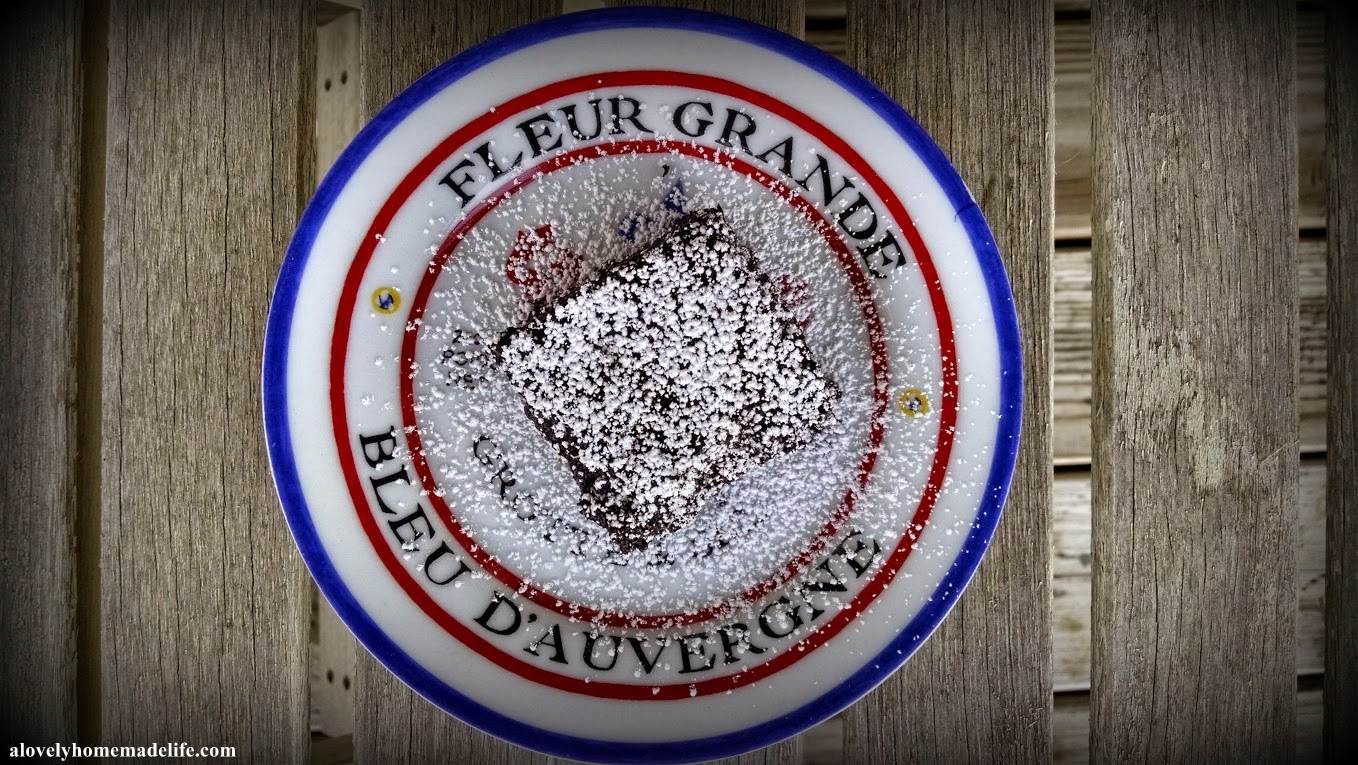 Heavenly.  These are just heavenly.

We are not vegan around here, but we definitely appreciate good vegan recipes from time to time.  I can tell already that this is one that we'll be making again and again.

I had a special order pop up that I worked furiously to finish last week (pictures on Wednesday for Yarn Along!), so I'll be sharing the next installment of The Great Bedroom Makeover next Monday.  Until then, console yourself with brownies.  :)

The rest of this post will be written by a very special guest blogger--my amazing hubby Michael.  Enjoy!

I am a homebrewer. Making beer (alcohol of any kind, really), is very simple. All you need is sugar, water, and yeast. Yeast consume sugar, producing alcohol and carbon dioxide. For beer, we get our sugar from malted barley, and add hops for bitterness. Malted barley is steeped in water at a certain temperature (usually around 145°F-155°F), which converts the starches into sugar. This process is called mashing. The resulting liquid, called wort, is then boiled for around an hour. Hops can be added at several points in the boil to impart bitterness, aroma, and flavor.

After boiling, the wort is cooled to room temperature. (Ales ferment best at 68°F-72°F, while lagers prefer 45°F-55°F.) Yeast is added and the magic begins. Fermentation takes 1-3 weeks for most styles of beer. Once the yeast have eaten all the sugar that they can, the beer is bottled or kegged and carbonated, either forcefully with a tank of CO2 or naturally through a second mini-fermentation in the bottle.

Several weeks ago I was making a Foreign Extra Stout for an upcoming homebrew competition. Foreign Extra Stout is like a big brother to your standard Guinness: a little more hops, a little more malt, a little more alcohol. And a good stout can make some excellent brownies. Having recently read this article from the American Homebrewers Association, I thought I would take that idea one step further: use the spent grains from the stout to make flour, and use that flour to make stout brownies.

Spent grain flour is pretty simple; just dry out some grains in the oven, and grind in a coffee or spice grinder. The linked article goes over it in more detail. I scooped out about 3 cups of wet grains, and ended up with about 1 cup of finished flour.

Traditional Guinness Draught brewed in Dublin is not vegan-friendly. While many commercial brewers use gelatin or Irish moss to clarify their beers, Guinness is fond of using isinglass, which is derived from the swim bladders of fish. You can use nearly any other stout you please, however, if "Guinness" brownies are your goal, there is an option. Guinness Extra Stout is brewed in Canada and does not use isinglass for clarification. We're not vegan, but this is the beer we went with.

We ended up making them twice, once with the spent grain flour, and once with spelt. The spent grain brownies ended up with a noticeably grainy texture, which could probably have been avoided by grinding the flour more finely.  The spelt flour however (which we are able to get in bulk at our local grocery store) created a wonderfully smooth texture.  Without further ado...the recipe!

Instructions
Preheat oven to 330 degrees F.  Begin by mixing the flaxmeal and water together in a small bowl.  These two ingredients need to sit for 10-15 minutes to "gel".  If you're not familiar with 'flax-egg' it's a substitute for chicken eggs that will provide the right consistency for the batter.  This amount is roughly equal to 2 large eggs if you'd prefer to use those.

Spoon batter into a greased 9" x 9" pan (we used a dark metal pan and coconut oil spray).  Bake 20-25 minutes in preheated oven or until set.  (It's alright if they're still a little gooey...there's no raw egg to worry about!)

These are fantastic with a little sprinkle of powdered sugar or, if you're not vegan, a dollop of whipped cream!