The final installment of vacation memories. After our fun time in Denver we headed north to Longmont where Michael's family lives.  Aunt Kathy and Uncle Steve were so gracious to host us and even included Luca in a birthday celebration!  We played at the park near Aunt Patty & Uncle Jerry's house the first afternoon, before the party. 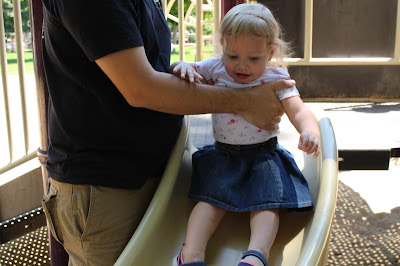 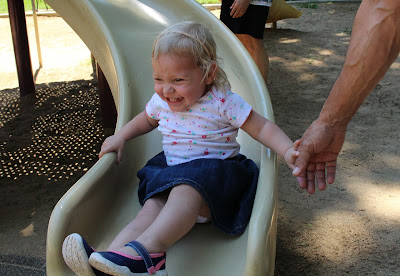 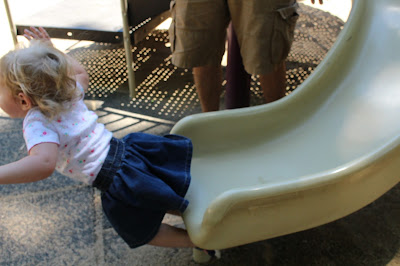 Before, During & After (she was fine, by the way, it was just such a fluke to capture her tumble on film!) 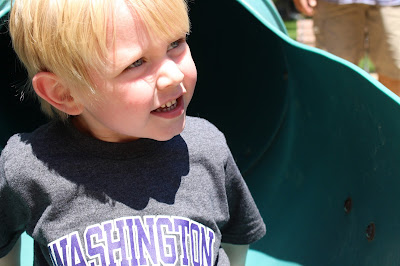 More family time at the party.  (I especially love Luca's Washington t-shirt and his mini red solo cup accessory).  What a special party, and a fabulous way to celebrate with this 5 year old! 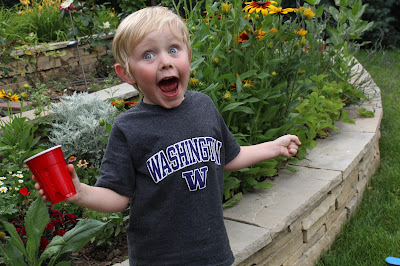 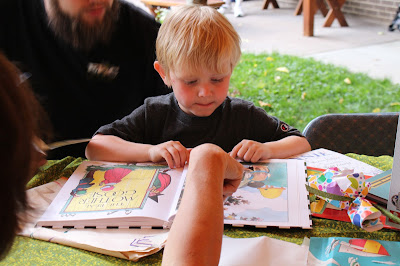 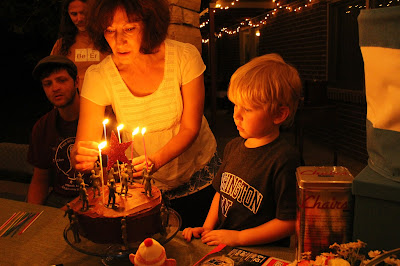 After our lovely time with the Santopietro relatives, we headed up to Fort Collins to see Gita and Pacha.  Luca had been asking to go on a hike in the mountains (he actually wanted to climb all the way to the top and play in the snow) so we headed to Lory State Park and decided to try out the Shoreline Trail.  Last time we hiked here Isla was much smaller and Pacha carried her in the baby backpack, but she was too big for that this time.  I was nervous that she'd get worn out and cranky, but she had the best time!  She loved carrying the walking stick and she ran several of the flat parts of the path.  She just loved being outside.  Luca was disappointed that there wasn't snow, but it was great to get out and stretch our legs after so much time in the car that week. 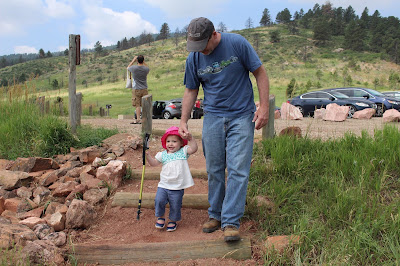 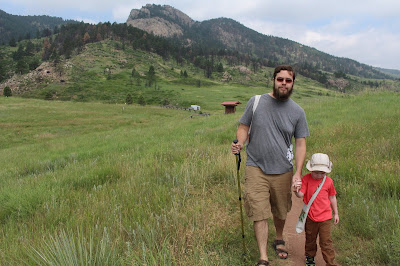 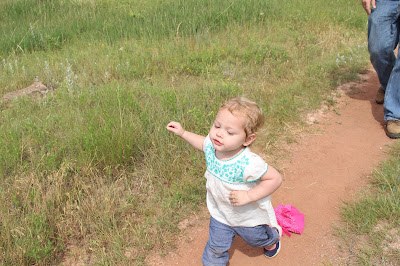 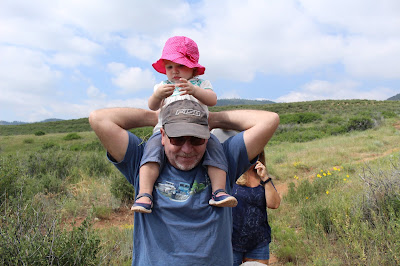 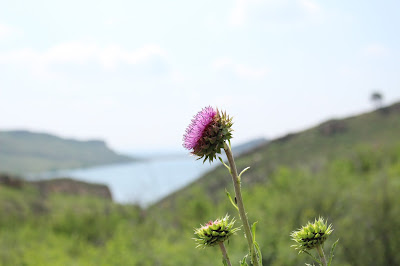 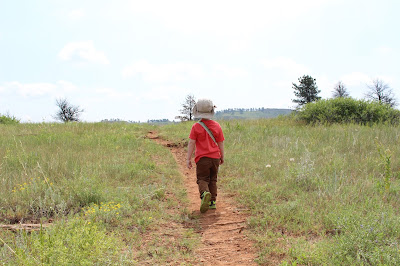 There was lots more fun at the pool, some great food and restaurants, a very special and inspiring brewery tour and a trip to a fantastic LYS, but I've probably shared plenty of pics already :)

We made the drive back to TX in a single day, leaving at 3:15am mountain time and getting home right at 7pm central.  Whew...that was a long day, but we all survived.  I'm looking forward to being able to take this trip again when the kids are older and more patient for long car rides.  We miss you already Colorado!
Labels: Reflections