I've had such a hard time getting motivated to share here on the blog the last few weeks (you've probably noticed!).  I think it's mostly because I'm just so bummed about the absence of Fall.  It's been balmy here in Texas (which of course is no surprise) but this is the first year I've had an Instagram account, and honestly, looking at everyone else's idyllic pictures of changing leaves, cozy hand knits (being worn!), boots, flannel shirts, steaming cups of coffee and, well, crispness, has been downright depressing.

We'll get there...eventually.  Most of winter in Texas isn't that far removed from the Fall the rest of y'all get (no lie--people still walk around in flip flops for nearly the entire year!) so I'm sure I'll get some of that chilly weather feeling one of these days.

In the meantime, let's look at adorable pics of my kiddos and all the fun they had for Halloween.  Well, that one of them had.  Isla wanted absolutely nothing to do with dressing up, or trick or treating.  Luca had enough enthusiasm for them both though!

As a side note, I've got 3 patterns releasing in the next 2 weeks, so check back for all the details!  Enjoy Fall Friends!

The kiddos decorated some foam pumpkins from Grandma!  What a fun activity! 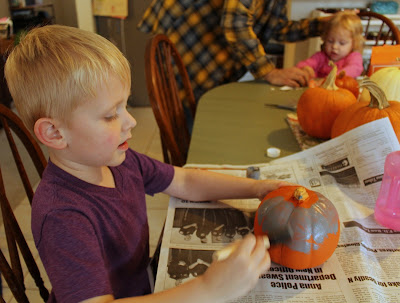 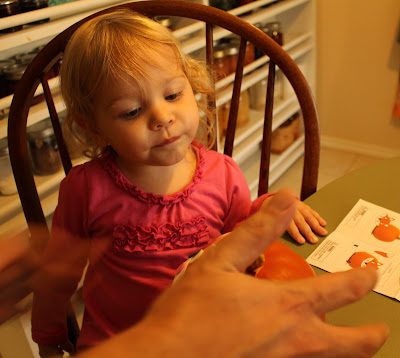 On Wednesday, we planned to take the kids to a Trunk or Treat event at a local church, as it was supposed to rain on Halloween and we didn't want Luca to be disappointed that he couldn't wear his costume.  As it turns out, Isla wanted absolutely nothing to do with dressing up--we caught a few pics at home, but she quickly became distraught by her costume and ended up staying home with Michael.  (Anna loves Robot!) 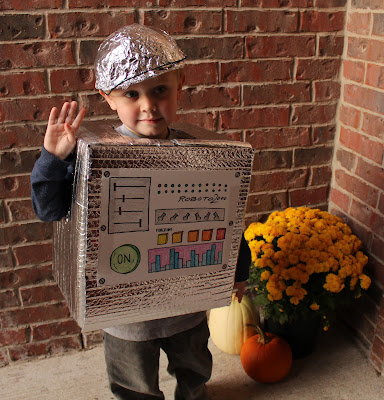 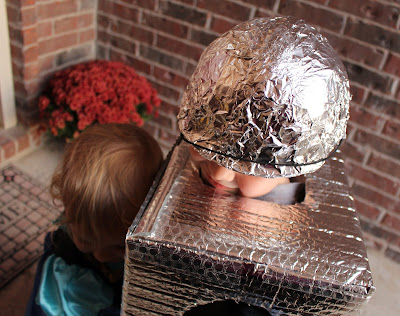 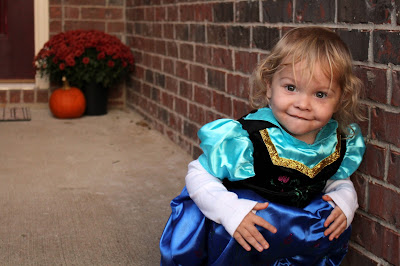 Leading up to Halloween this year, Luca insisted that he wanted to be a robot (even though he was a robot last year too--last year he was a cylinder!  This year he wanted to be a rectangular prism robot!) so we put together a similar robot costume with leftover reflective insulation and a box.  He wore it happily to Trunk or Treat, even though he had changed his mind last minute and wanted to go as an Odd Squad agent instead (It's a PBS kid's show he likes--sort of like X-Files for kids I expect).  When I was out shopping for a few winter clothes for the kids at a second hand shop on Halloween day and came across a navy blue three piece suit, I knew that spending $20 to totally make his day and allow him to dress up as Agent Otto was the perfect thing to do!  We completed his ensemble with a cut-out Agent's badge (although the look would have been perfect with a pair of red Converse shoes--I totally forgot about that!)  He was so happy to get to go as an Odd Squad Agent and I'm pretty sure the suit will still fit next year if he wants to have another go at it! 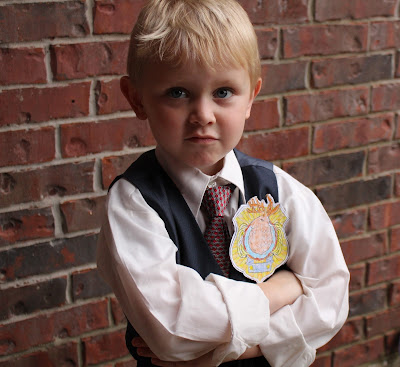 Once the Trick or Treating was over (no rain!) he came back home and graphed his candy haul.  This is a Halloween tradition for us!  Love these kiddos!  Hopefully Isla will want to play along next year :)
Labels: Reflections