My baby turned 2 the day after Christmas!  Can you believe it?!?  She seems so much older than 2 already, but it's such a big, exciting milestone to reach!

Having a birthday right after Christmas is going to be tricky, I fear.  We do try to limit the number of gifts we give the kids for holidays and birthdays, but once you add two sets of grandparents in, as well as other family members, it's a gift giving palooza right at the end of the year!

We did take all of our Christmas decorations down the night of the 25th so everything would be in order for her party the next day.  We didn't really have a "theme"--I ordered a cake with ponies on it and she got a horse for her new 18" doll, Leah, so let's say it was ponies, like I planned it that way ;)

She was a little gifted-out, and had some trouble staying focused to open her birthday gifts.  Michael and I gave her a little dollhouse with a set of Calico Critter-style sheep and some furniture.  Luca picked out a Sleeping Beauty doll for her, as that's one of her favorite movies.  Gita and Pacha brought the pony, which she thought was most definitely her size as she tried to ride it all over the house (and was rather jealous of Leah, who actually fits on it!)  And Grandma and Grandpa sent the most wonderful set of homemade doll clothes for her Cabbage Patch doll, a beautiful charm for her bracelet and some wooden puzzles that she adores!  She also received an adorable set of handmade pajamas from Aunt Ange.  What a lucky girl!

She ate her birthday cake so daintily, although she couldn't quite figure out how to blow the candles out (thanks for helping Luca!).  We thought for sure she'd crash after we had cake, but she stayed strong for the rest of the evening, going to bed at her usual time despite skipping her nap.

At 2, she has very good balance and can run, skip and gallop with the best of them.  She's sweet and cuddly and ever so polite--she says "thank you" all the time!  She does have quite a temper and is rather loud in letting you know when she's upset, but I think some of that will subside as she gains new words to express her feelings.  She's saying quite a lot more now just in the last few weeks and often tries to parrot back words she hears.  She sings all the rhyming words in the chorus of American Pie* when I sing it to her (Bye-bye...pie...chevy...levy...Dry...RYE....DIE! she sings, getting progressively louder)!  She loves her brother very much, but doesn't hesitate to wrestle with him (she usually wins).  I am so excited to see all of the new skills and words she will learn this year!  She's a joy and we love her to pieces!

*We used to sing American Pie to Luca every night when he was younger to get him to go to sleep, which is an odd choice of lullaby, I know.  It's rather boring for a kid to listen to, has a nice melody and is LONG with it's 6 verses and choruses in between, so by the time we'd get to verse 4 he'd usually be out like a light.  I sang it to him every night when I was pregnant with her and now when I start singing it, she'll cuddle right up to me like a baby koala with her head over my heart and sing along. Love this girl! 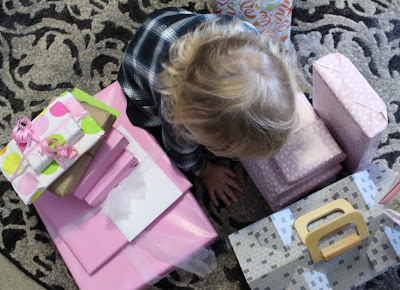 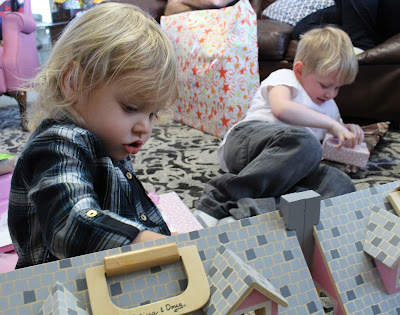 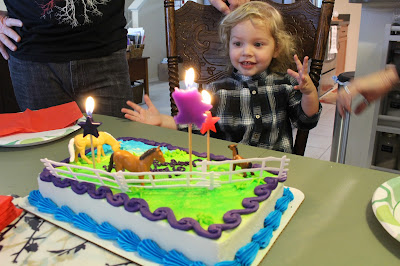 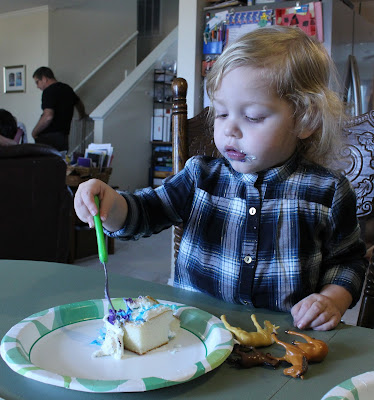 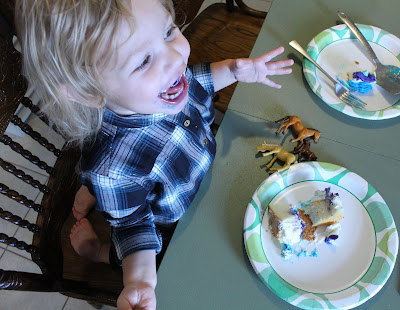 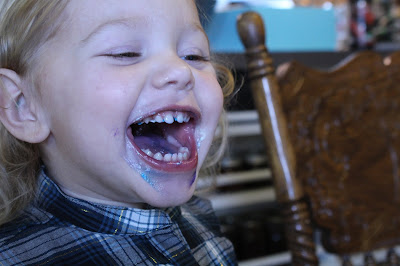